There is news from the Berkeley Symphony's pioneering and treasured "Under Construction" program, the presentation of new works by young composers in an open-rehearsal setting at low prices ($10-$20).

Composers named for the next season are Mark Ackerley and David Coll, in addition to a 14-year-old "participant," Joe (Shuo-Chun) Lin. Concert dates are Jan. 16 and March 13, in St. John's Presbyterian Church in Berkeley.

Working with Music Director Joana Carneiro and Creative Advisor Gabriela Lena Frank, the composers will develop symphonic works to be read and performed by the orchestra on those days. 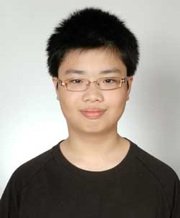 Instead of the past practice of performing works by a number of "emerging composers," the new format will have the two introduce their compositions in January, receive feedback, then modify and complete the works for presentation in March. An interesting concept, though the reduction in the number of participants in years past is not good news.

Ackerley received a master's degree in composition from the San Francisco Conservatory of Music, studying with David Garner and Conrad Susa. Coll, who had studied at the University of Illinois and IRCAM (Paris), is a UC Berkeley doctoral candidate.

Lin, from Taiwan, is reported to have "wowed the selection committee with his exceptional talent," and will also participate in the program. He studies music theory and orchestration with Jerry Gerber, and piano with Boris Solokin.

Being Mendelssohn Now, Maps & Legends in the Summer

While waiting for the 2010 edition of that jewel of a chamber music festival, [email protected], you can now relive the 2009 season. The festival's recording arm, [email protected] LIVE, has just released a set of six CDs with the music of the seventh season, celebrating the Felix Mendelssohn bicentennial. 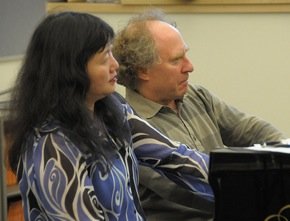 Produced by the Grammy-winning engineer Da-Hong Seetoo, the CDs include works by Bach, Mozart, Beethoven, Ligeti, Spohr, Schumann, and, of course, Mendelssohn. Among the artists: Festival Directors David Finckel and Wu Han, plus a roster drawn from outstanding musicians, including members of the St. Lawrence and Pacifica string quartets.

To get a sense of the set, stream free excerpts or buy MP3s of the first disc, following the line from Bach to Mendelssohn. The full box set is available from [email protected] LIVE.

Season 8, July 23–Aug. 14, is named Maps and Legends, presented as "a multidimensional journey through the vast landscape of human experience" by surveying music according to time and place, national identity, and universal phenomena. 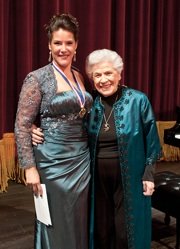 Ten finalists shared $50,000 in prizes at the fourth annual Irene Dalis Vocal Competition, which concluded on Saturday. The founder-director of Opera San José participated in the three-day event, noting that there were four mezzos among the finalists, and praising the winning soprano for "magnificent vocal agility and mastery that simply took everyone's breath away."

That was the winner of the $15,000 first prize, Danielle Talamantes, of Fairfax, VA. The $10,000 second prize went to baritone Jonathan Beyer from Philadelphia. Placing third, for an award of $5,000, was baritone Jerett Gieseler of Hastings, MI.

Talamantes also received the Audience Favorite Award and an additional prize of $5,000. A $1,000 award from the Wagner Society of Northern California went to Elash. Pianist Daniel Lockert was accompanist for both the auditions and the competition finals.

Bielawa's Musical Chairs by the Tiber

Speaking of the Rome Prize, as we are in this edition of Classical Voice, the San Francisco-born alumna of both Lowell High and S.F. Girls Chorus Lisa Bielawa, who lives in New York and circles the globe for performances of her compositions, is in residence in Rome right now.

(Another Bielawa is composer and retired San Francisco State University music professor Herbert B., her father. There is a town in Poland sharing the family name.) 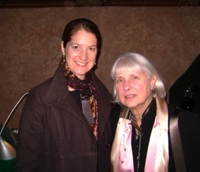 Word comes now that her residence-produced work, a collaboration with Robert Hammond (another current Fellow at the American Academy in Rome), will be performed in the Italian capital during the Memorial Day weekend. It is called Chance Encounter on the Tiber, and described as "an urban experiment with 100 movable chairs and an unexpected musical performance on the Tiber."

Bielawa's project will turn the walkway along the Tiber River into "a vibrant social open space by focusing on two simple means: movable seating and musical performance."

She is placing 100 red movable chairs along the walkway by the river named after the Trojan prince Tiberinus Silvius, who became king of Alba Longa, only to drown in the eponymous river. (A curious coincidence: descendants of the eponymous Tiberinus, according to legend, include the brothers Romulus and Remus, who founded Rome on or about 753 B.C., subjects of the puppet opera created by Kurt Rohde and Brenda Way during their Rome Prize residence. Do all roads lead to ...?)

'Our People' in Summer Opera

Some are internationally famous, others still rising, but they are the mainstay of San Francisco Opera's 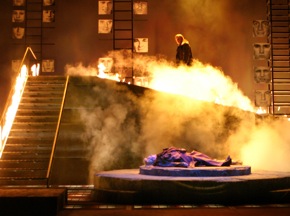 summer season: singers (and one director) from the Merola and Adler programs.

What's on tap for the summer? Let the Opera's ads spell it out:

- "The Original Spaghetti Western" for Puccini's The Girl of the Golden West, June 9–July 2

In Faust, Patricia Racette appears as Marguerite. The soprano, among the most accomplished of Merola Program/Adler Fellowship alumnae, is returning to the War Memorial after her recent triumphs here in Madama Butterfly and the three heroines of Il Trittico. 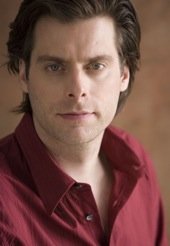 La Fanciulla del West, aka Girl of the Gold West, returns here after an absence of 31 years. This new production is directed by Lorenzo Mariani, artistic director of Palermo's Teatro Massimo, and conducted by S.F. Opera Music Director Nicola Luisotti (see next item).

Another Merolina-turned-big-star, Deborah Voigt, and the outstanding Swiss-Italian tenor Salvatore Licitra sing the leading roles in this Gold Rush story from the pen of San Francisco–born David Belasco. 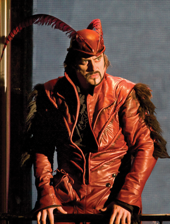 In Die Walküre, the second opera in Richard Wagner's Der Ring des Nibelung (three entire cycles of which will make up the program for summer 2011), from Merola/Adler comes Wotan, head of the gods. He is Mark Delavan, whose Flying Dutchman is well remembered from a few years back with the San Francisco Symphony.

The acclaimed Swedish soprano Nina Stemme will make her role debut here as Brünnhilde, resisting invitations from many European opera houses. Her choice: to sing her debut with Donald Runnicles, former music director here, now with Berlin's Deutsche Oper. Runnicles will also conduct the entire "Ring" as he has on previous occasions in the War Memorial since 1990.

Francesca Zambello's "American Ring," on Michael Yeargan's sets, has been toned down somewhat since the opening of Das Rhinegold two years ago. In fact, it's no longer called "American," though the Valkyres — mostly homegrown: Molly Fillmore, Suzanne Hendrix, Daveda Karanas, Wendy Bryn Harmer, Tamara Wapinsky, Maya Lahyani, Pamela Dillard, and Priti Gandhi — are still parachuting in, and instead of Walhalla, there are some Wall Street skyscrapers as the background for the action. 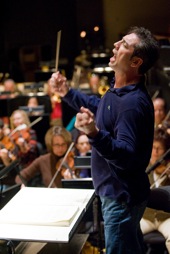 San Francisco Opera Music Director Nicola Luisotti, who is retiring "home" to lead performances of The Girl of the Golden West here, is among coveted jet-setter conductors elsewhere.

After opening the San Francisco season in September, leading performances of Aida, Le nozze di Figaro, and Madama Butterfly, he will be on the podium of the Metropolitan Opera in December for the centennial production of The Girl of the Golden West there. Next summer, he will conduct nine performances of Verdi's Attila in Milan's Teatro alla Scala.

Besides his position in San Francisco, Luisotti serves as principal guest conductor of the Tokyo Symphony. 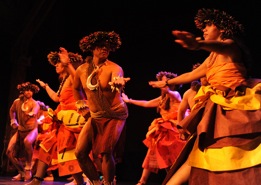 Creation myths are all around. Genesis, of course; the Kalevala for the Finns, Theogony for the Greeks; Dreamtime for the Australian indigenous people; and so forth.

In Hawaii, it's He Kumulipo, a 2,000-line chant about the source of darkness and origin.

On Friday, San Francisco's Asian Pacific Cultural Center was the setting for the performance of an excerpt from a Kumulipo work-in-progress. Patrick Makuakane's hula school — Na Lei Hulu i ka Weiku — is developing a full-length work for presentation Oct. 16-25, in the Palace of Fine Arts Theater. The event will mark Na Lei Hulu's 25th anniversary.

I hope the final product will include supertitles or some other way of translation, because Makuakane's impressive recitation of the chant in Hawaiian will not communicate, in itself, to the vast majority of the audience.

Another work-in-progress excerpt on the program was from Charya Burt's Cambodian dance piece, Caressing Nostalgia, accompanied by cellist Ruth Lane.