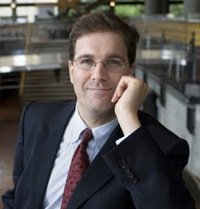 and major music and dance organizations to visit the Cal Berkeley campus, presenting a great variety of events. This is what Tarnopolsky, formerly vice president of artistic planning of the New York Philharmonic, says about the 105-year-old organization's 2010-2011 season:

Here in Berkeley and, indeed, throughout the culturally rich Bay Area, we understand that the arts are not extra, but at the heart of who we are. At Cal Performances, I have the honor of bringing together the most important artists in the world — in performance and in dialogue — not only with the many esteemed thinkers who define UC Berkeley, but also, most importantly, together with this great audience. Whether on our stages or out in the community, these musicians, composers, dancers, choreographers and theater artists will challenge, inspire and entertain us, enriching our cultural landscape.

Here are just a few of the big names, famous organizations, special events: 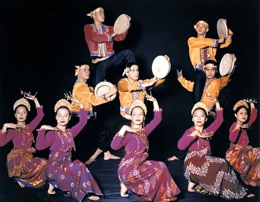 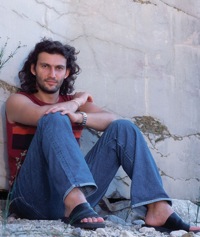 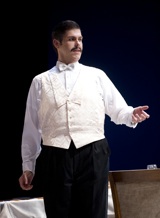 Tenor Nathaniel Peake, a 2008-2009 Merola Opera Program participant, shared Operalia's Zarzuela Prize yesterday with Italian soprano Rosa Feola (who won two other prizes). Romanian tenor Stefan Pop, 23, and Bulgarian soprano Sonya Yoncheva, 28, won the two top $30,000 prizes at the competition founded by Placido Domingo in 1993, and held at Milan's La Scala this year. (Peake is heard 50 minutes into the program, right after a remarkable performance by Russian soprano Dinara Alieva; all of the video from the finals is highly recommended.) "I already told them, win or lose, you get to go home and say you sang at La Scala," Domingo said. Second prize went to Feola, Italian tenor Giordano Luca, and Ukrainian Bass Ievgen Orlov. Houston Opera trainee Ryan McKinny received the Birgit Nilsson Prize. Peake, who is now a Houston Grand Opera Studio Artist, made many impressive appearances during his San Francisco years, and sang the title role of Mascagni's L'Amico Fritz.
Back to top

Another Bold Season for OEBS 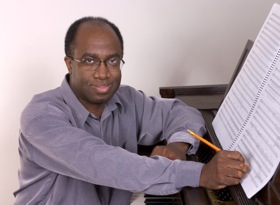 but ambitious, daring organization. Premieres, as well as unusual and large-scale works, are on tap in the Paramount Theater, with famous crossover artists, such as Carlos Santana and Regina Carter. Says Morgan, who conducts all but one work in the season:

Many of our artists have long ties to the Bay Area, but we will also introduce some performers, composers and works that are new to our audiences, in programs that run the gamut from familiar masterworks to ground-breaking premieres.

The season opens Nov. 19-20, with Arturo Marquez's 1994 Danzón No. 2, and the world premiere of Narada Michael Walden's The Enchanted Forest: Seven Higher Worlds of Music, with Santana as guitar soloist, in the New Visions/New Vistas Commissioning Project, supported by a grant from the James Irvine Foundation.

It's a pity that the second concert of the Oakland season, featuring the Brahms German Requiem, will have only one performance, on Jan. 28. Soprano Carrie Hennessey and baritone Brian Leerhuber are the soloists, while Lynne Morrow's Oakland Symphony Chorus is featured. Also on the program: a work by the winner of the Young Artist Competition, which will be held next month.

Feb. 25 and 27 will bring a "celestial program," with Holst's The Planets (Bryan Nies conductor), and the 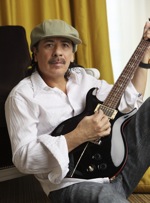 West Coast premiere of Billy Childs' 2010 Violin Concerto, with Regina Carter as soloist. Childs' work is presented in association with San Francisco Performances. Additionally, there will be a work performed "Side-by-Side" with music students from the Oakland East Bay Symphony MUSE Program.

March 28 will have yet another in OEBS' pioneering concerts featuring Persian music, by Behzad Ranjbaran and others, along with Iranian soloists (Tara Kamangar, piano; Cyrus Beroukhim, violin; Arash Amini, cello) in the Beethoven Triple Concerto.

Program 5, on April 15, includes Bernard Herrmann's Suite from Vertigo, the world premiere of a work by Scott Amendola (also supported by a James Irvine Foundation grant) with Wilco lead guitarist Nels Cline, and Tchaikovsky's Symphony No. 4.

May 13, 2011, will have Kurt Weill's 1946 Street Scene, with soloists to be announced, the Oakland Symphony Chorus, and members of Robert Geary's Piedmont East Bay Children’s Choir.

A Senior Recital of Note

The tenor Eleazar Rodriguez has been getting great reviews here and elsewhere, so it's something of a shock to realize that on May 17, he will have his graduate recital at the S.F. Conservatory of Music..

Yes, he is just graduating from the Conservatory; this will be his last appearance as a student. N.B.: student recitals are free.

I have no idea what that is, but "Euro-Russian Pop" is what Sacramento Opera advertises for its "Moscow Mix3r" fund-raiser, a "night of cocktails, food and music" beginning at 5:30 p.m., May 7, in the park on the 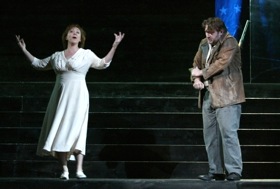 corner of 15th and L Streets.

Admission is $30, and the chief Euro-Russian pop musician is DJ Christophe.

Otherwise, Sacramento Opera is also offering A Russian Affair, of excerpts from Tchaikovsky's Eugene Onegin and The Queen of Spades, with an impressive cast of Emily Pulley, Dana Beth Miller, Richard Crawley, and Malcolm MacKenzie; Andrei Codrescu (who is from Romania, not Russia) is narrator.

Already plugged here before, let's hear more about the event beginning this week at Yerba Buena. The German choreographer Pina Bausch, who died last year, is one of the most famous and controversial figures on Europe's modern-dance scene. Her works often taxed the patience of some, and compelled many others to become devoted fans. 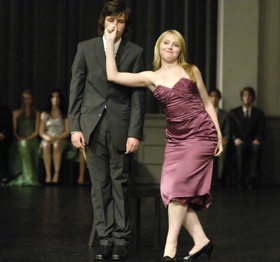 Yerba Buena Center for the Arts will present To the Limit: Pina Bausch on Film, a defining collection of video of and about Bausch's work, May 6-30.

One of the films is the U.S. premiere of Dancing Dreams (Tanzträume), screened to acclaim at this year's Berlin Film Festival. It will be shown here May 27-29.

Just about everything Bausch did was "different" — in timing, movements, lack of the logical, linear rules guiding theatrical and dance traditions. Those who have seen Almodovar's magnificent Talk to Her will never forget the film's opening sequence, Bausch's company in a performance that provides themes and meaning for the entire film.

She had also worked with Federico Fellini, Chantal Akerman, José Limón, and Paul Taylor, among top artists in film, theater, and dance.

The first film in the series, May 6, is On Tour with Pina Bausch (Un Jour Pina a Demandé), providing a close-up of the choreographer's work with her dancers.

The following week, May 13, it's The Empress' Complaint (Die Klage der Kaiserin), showing Bausch developing her method with the Wuppertal Theatre of Dance in an early period of her career. She already opened up the confines of theater, performing in the woods and fields around town, in the city center, the suspension railway, a carpet shop, a greenhouse.

May 23 will bring two performance films, Walzer, an irreverent work from 1982, and Café Müller, probably her most famous work, about postwar Germany. It reflects her experiences in her family's café, where she spent many hours watching adults struggling to survive in a war-devastated society.

Another film in the YBCA series is a strange, unforgettable realization of Bartók's opera Bluebeard's Castle (Blaubart) on May 30. Also an early work (1977), it demonstrates Bausch's challenge to the boundaries between dance and theater through collaborative improvisation and verbal expression.

Thar She Blows, the Moby 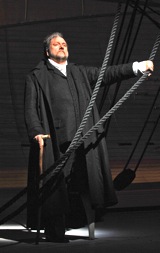 premiere, as measured by enthusiastic reviews. The work is on its way to other venues, including San Francisco, probably by fall 2012.

Scott Cantrell, in The Dallas Morning News, was among the writers who sounded downright ecstatic. The headline: "Triumphant world premiere of ‘Moby-Dick’ captures the elemental forces of the sea, Ahab’s obsession"

Everyone exhale now. Moby-Dick, the opera, is a triumph.

Commissioned by the Dallas Opera in partnership with four other companies, the new Jake Heggie-Gene Scheer opera had its world premiere Friday night at the Winspear Opera House.

Stunningly staged and sung, it captures the elemental forces of the sea and Captain Ahab's obsession with the great white whale that has maimed him. Compressing a thick, densely written novel into a three-hour opera, it also highlights human dramas between two pairs of characters.

Ahab, heroic but unhinged, finds his foil in his first mate Starbuck, who pleads, vainly, for sense and sensibility. Greenhorn, at first a lost, impatient young man, finds his emotional moorings with the ostensibly "primitive" but paradoxically wise South Seas islander Queequeg.

Scheer seamlessly tunes his own prose and poetry to Melville's. Heggie composes vocal lines that make sense vocally and illumine words and emotions. He relies a little too often on hypnotic minimalist accompaniments, but in general his orchestral and choral writing are fine-tuned to the drama and often beautiful. He achieves lushness with often complex harmonies and counterpoints.

The opera's first act is flawlessly timed and proportioned. The second would be better minus Greenhorn's rather uninspired aria around Queequeg's coffin and with its stormy final entr'acte cut in half.

One of the biggest-name singers around these days, Ben Heppner simply is Ahab. Hobbling heavily on his peg leg, he exudes both macho charisma and hints of schizophrenia. And he sings a role of Wagnerian heft with a beefy tenor of many colors and textures, and strikingly clear diction. 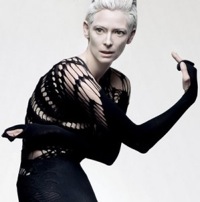 John Adams, composer, is throwing himself into a film promotion tour, teaming up with Tilda Swinton (coproducer and star) to host screenings of I Am Love, a misbegotten movie seen at the San Francisco International Film Festival on Sunday.

Adams and Swinton will be introducing the film in cities around the U.S., including the New York City "red carpet premiere gala" on June 16.

"Several works of John Adams surge with new life as the score to the Italian film," says the promotion. The film score includes about 30 minutes of excerpts from The Death of Klinghoffer, Fearful Symmetries, Shaker Loops, Harmonielehre, etc., and the aria "Some men you cannot satisfy" from Act 3 of Nixon in China.

The music is fine, the film is dreadful. The promotion says otherwise:

I Am Love is the product of a 10-year labor of love from director Luca Guadagnino and actress Tilda Swinton, directed and produced with Adams's music in mind, and opened in the UK on April 9, garnering praise for its "sublime score," "decadent" imagery, and "rampaging melodrama."

Melodrama, yes, rampaging not so much. More like tottering, with "artistic" close-ups, jerky cutting intermingled with long, pointless, views, Acting with a capital A in your face, a story that's predictable, of little interest. But let's hear the official version:

Guadagnino's film tells the story of the wealthy Recchi family, whose lives are undergoing sweeping changes. Eduardo Sr., the family patriarch, has decided to name a successor to the reins of his massive industrial company, surprising everyone by splitting power between his son Tancredi, and grandson Edo. But Edo dreams of opening a restaurant with his friend Antonio, a handsome and talented chef.

At the heart of the family is Tancredi's wife Emma (Swinton), a Russian immigrant who has adopted the culture of Milan. An adoring and attentive mother, her existence is shocked to the core when she falls quickly and deeply in love with Edo's friend and partner Antonio, and embarks on a passionate love affair that will change her family forever.

Stephen Holden in The New York Times says: "See it by any means necessary." One of those means I'd recommend is NoDoz pills. Unless you are kept awake by Swinton speaking Italian with a Russian accent.
Back to top