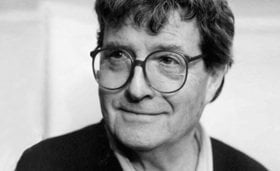 "I was amazed to find," Copley says, "that I directed as many productions here as in London," where he has been principal resident producer of the Royal Opera.

At 77, Copley is one of the world's foremost stage directors, circling the globe from Seville to Dallas to Sydney to New York and Chicago, but his two real operatic homes are Covent Garden and the San Francisco Opera. "He is the consummate professional in his field," says S.F. Opera General Director David Gockley. "His knowledge of repertoire and performance styles is encyclopedic. His guideposts are the music and the intentions of the composer and librettist."

Born in Birmingham, and starting out as a dancer with the Royal Ballet, Copley came up through the ranks at Covent Garden, working with stage crews, then with such seminal directors as Franco Zeffirelli; Copley was his assistant for the celebrated 1964 Tosca, starring Maria Callas.

He has worked closely with Benjamin Britten, Michael Tippett, and other great composers. His Covent Garden productions have been amazingly durable: 21 years for his Marriage of Figaro, 27 for La bohéme, 24 for Così fan tutte.

The Symphony's annual free community concert is being held at noon, Friday, Sept. 24 at Justin Herman Plaza. In a neat coincidence, the S.F. Opera's free simulcast of Aida is taking place on the same day, and you can just stroll south on the Embarcadero, to the AT&T Ballpark. (Be patient with the Opera Web site, it's slow these days.)

On Monday, in advance of the opening of Los Angeles Opera's 25th season with the premiere of Daniel 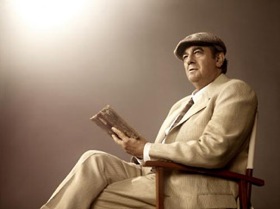 Domingo, 69, portrays Pablo Neruda in Il postino, and he is due in San Francisco to sing the title role in Franco Alfano's Cyrano de Bergerac, Oct. 24 through Nov. 12. The contract, says the announcement, will renew automatically beyond 2013 "by mutual consent."

Meanwhile, Domingo's other intendancy, with Washington National Opera, will expire at the end of the 2010-2011 season, and there the serious financial crisis plus the possible merger with Kennedy Center pose more questions than answers. If the merger goes through, the expectation is that the Center's Michael Kaiser will take the top spot.

Beginning next week, and through Oct. 17, Domingo will conduct L.A. Opera performances of Mozart's The Marriage of Figaro, during the same period San Francisco Opera Music Director Nicola Luisotti is leading performances of the opera in the War Memorial. 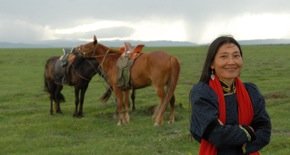 - The Child Prodigy, a 2010 film from Canada, directed by Luc Dionne, about Montreal-born composer André Mathieu, who was hailed as the "next Mozart of his generation before his descent into addiction and madness." [9:30 p.m. Oct. 14, Sequoia Theater; 2 p.m. Oct. 16, Rafael Film Center]

- John Lennon at 70, a celebration of the Beatle, with the release of a new feature film Nowhere Boy, a live event featuring rare clips chosen for the occasion. [8 p.m. Oct. 8, Throckmorton Theater]

- Kinshasa Symphony, Germany, 2010, a documentary about Congo's Orchestre Symphonique Kimbanguiste "as they passionately prepare for a major concert despite the grinding poverty that choir and musicians grapple with on a daily basis." [7 p.m. Oct. 14, Rafael Film Center; 4:45 p.m. Oct. 16, Sequoia Theater]

- The Two Horses of Genghis Khan, Germany, 2009, The Story of the Weeping Camel director Byambasuren Davaa's film about a singer from Inner Mongolia, who "sets out to search for the lost verses of the titular song." [6 p.m. Oct. 11, Rafael Film Center; 9:15 p.m. Oct. 13, Sequoia Theater]

An ongoing series of reports about young artists hailing from San Francisco.

Tenors David Lomelí (Adler Fellow 2009-2010) and Andrew Bidlack (Adler 2008-2009) are both making their debut at the New York City Opera, in some major assignments. Lomeli's top role is Nemorino in The Elixir of Love. Bidlack sings Baron Lummer in Richard Strauss' Capriccio, among other roles. 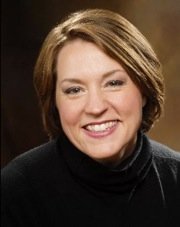 Soprano Melody Moore (Adler 2007, and one of the few alumni having the San Francisco experience right at top of their resume) is singing Marguerite in the current English National Opera production of Gounod's Faust. For her ENO debut last year in Jonathan Miller's production of La bohéme, she received this review in The Independent:

This young lady is special. She has the most distinctive dark complexion to her voice and she sings and phrases with real fantasy. She alone really filled the house and hearing the voice open to greet the coming spring in her act one aria was for sure one of the high spots of the evening.

I heard her first Wesendonck Lieder at the S.F. Conservatory last year. She said that in the ensuing year with all the things life has brought her, her feeling and thoughts about the songs are different today. The maturity and depth of her interpretations were just about day and night.

Her voice did very subtle things she wanted it to do, seamlessly. And when she did let it all go, the voice soared. I think Heidi loves life, she loves what she is doing, she is completely centered. She is real, she is fun and funny. Her gifts and use of them are beyond words.

Parr let us know that she will be doing Dido in Les Troyens, another Tannhäuser, Ellen Orford, and the Marschallin in Germany next year. But first: a concert with the Noe Valley Chamber Orchestra on Nov. 7.

Canadian bass baritone Daniel Okulitch (Merola 2002) sings Figaro in the upcoming Los Angeles Opera Marriage of Figaro. It's his second engagement with the company since the 2008 U.S. premiere of Howard Shore's The Fly. There is an interview with Okulitch in The Los Angeles Times. (The 2004 Adler Fellow Lucas Meachem sings Count Almaviva in the S.F. Opera Figaro.)

Mezzo Dolora Zajick (Merola 1983, Adler 1984-1985) is "back home," to sing Amneris in the S.F. Opera Aida. On Sept. 26, she will received the Merola Distinguished Alumni Award "in recognition of extraordinary contributions to the world of opera by Merola graduates."

The award has been presented only five times in the program's 53-year history. Zajick will join past winners Thomas Hampson, Patrick Summers, Ruth Ann Swenson, Carol Vaness and Deborah Voigt. 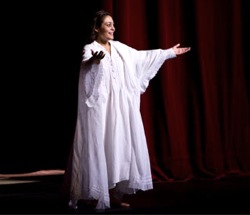 Soprano Ailyn Pérez (Merola 2005) was the fairytale heroine in a Royal Opera premiere of a La traviata performance in Japan. On opening night in Yokohama, Pérez was in the audience when company director Elaine Padmore told the audience that Angela Gheorgiu would not perform the title role, and that Violetta would be sung by Ermonela Jaho.

At the beginning of the second act, Padmore appeared again to say that allergies waylaid Jaho, and the second understudy — Pérez — would sing for the rest of the performance. An eyewitness to the performance wrote:

While there might have been the merest hint of a trip or two as Pérez manoeuvred her enormous crinoline around the stage, and while this sort of eventuality is hardly unknown in opera, the backstage systems that kicked in to effect the change from Jaho to Pérez were something of a masterclass in grace under pressure. As word spread, so costumes and makeup moved in. While Jaho was being comforted in one room, Pérez was being encouraged in another, as staff director Paul Higgins talked her through the rest of the performance.

At the end of the opera, as the curtain came down, Pérez was greeted both by a standing ovation and a cheering cast, crew and opera company, who had all gravitated backstage. On leaving the building she encountered a hysterical, although oddly still polite, mob of 70 or 80 new fans outside the stage door, who attempted to press self-addressed envelopes into her hands and begged her to get in touch.

California Symphony's season-opening program on Oct. 3 will feature a tribute to the Works Progress 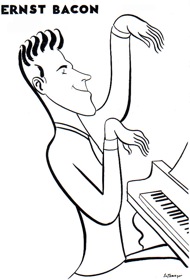 It's wonderful to hear that you will be performing Remembering Ansel Adams. I remember that you gave a fine performance of Fables in Moraga (as I recall, Scott Beach was supposed to narrate, and a replacement had to be found at the last minute).

You probably know that Ernst and Ansel met in the Sierra Club and shared a love of mountains, climbing together in the Canadian Rockies as well as the Sierra. Another friend dear to them both was violinist, photographer, and fellow-mountaineer, Cedric Wright, who lived in Berkeley.

Ansel aspired to be a concert pianist, and Ernst, who was about four years older than Ansel, was already an established concert pianist when he and his first wife moved to San Francisco in 1927. One day in 1928, Ernst and Ansel went to Sherman & Clay together to purchase grand pianos. Ansel bought a Mason Hamlin, and Ernie bought the 1928 Steinway that is now in my home in Syracuse.

It's likely that Ernst's arrival on the music scene was one of the factors that influenced Ansel to make his career in photography, with music as his chief avocation. Ernst, on the other hand, although gifted in photography and painting, knew that his career was meant to be in music.

Ernst was a stoical person, and the only time I saw him almost cry was when he came back from a weekend in Carmel and told me Ansel had died. For him, composing was the best therapy, and he set out immediately to compose an elegy. By then in his late 80s, he had lost the sight in one eye and had very limited peripheral vision in the other, which was rapidly deteriorating from advancing glaucoma.

I had to have special, greatly enlarged staff paper made at Kinko's, and although his vision could not encompass a full orchestral score, he was able to see the five or six staves needed for the elegy.

Remembering Ansel Adams captures the wonderful luminosity of Ansel's photographs as well as Ansel's rugged-but-gentle personality — and of course it also expresses his own grief in the loss of a lifelong close friend.