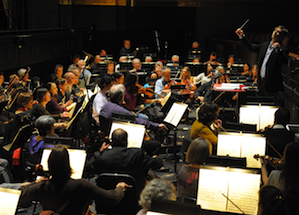 Announced today, San Francisco Ballet's next season promises three world premieres, productions new to the West Coast, and revivals of the most successful recent works. The 2013 season still has three programs to go before the final curtain on May 12.

Considering all the buzz (see next two column items) about the elimination of live, human-performed music for dance — a field long dominated by recorded accompaniment in the U.S. — it is especially important to note, greet, and support the excellent SFB Orchestra performing at every show in the War Memorial Opera House.

The next season, No. 81 for the country's oldest professional ballet company, begins with 31 performances of Nutcracker, Dec. 11-29, 2013. Following the opening night gala on Jan. 22, 2014, the season consists of 61 performances of eight programs in alternating repertory, January through May. 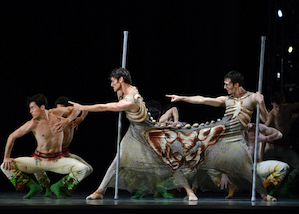 Also on the schedule, significantly: the West Coast premiere, next April, of American Ballet Theatre's Artist-in-Residence Alexei Ratmansky’s full-evening trilogy set to the music of Dmitri Shostakovich, with scenic design by George Tsypin, costumes by Keso Dekker, and lighting by Jennifer Tipton.

The first act, Shostakovich #9, premiered in New York last October; Ratmansky's second and third works, set to Shostakovich's Symphony No. 1 and Chamber Symphony for Strings (Op. 110a), respectively, receive their world premieres from ABT next month in the Metropolitan Opera House, and will come to the War Memorial in April 2014. 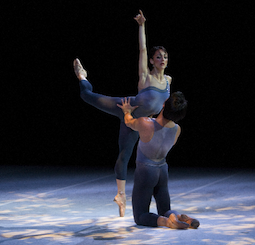 Ratmansky will also be represented on the San Francisco schedule with a reprise of his From Foreign Lands, to music by Moritz Moszkowski.

Among Balanchine works: Agon, to music by Stravinsky, and the Brahms-Schoenberg Quartet, to Brahms' Piano Quartet No. 1 in G Minor, Op. 25, orchestrated by Schoenberg. On the same program in May, 2014, Jerome Robbins' Glass Pieces, to music by Philip Glass.

Full-length ballets are Tomasson's choreography for the great classic Giselle, with restored passages from the Adolphe Adam score; and Christopher Wheeldon's Cinderella, to Prokofiev's music. Giselle was originally presented by Jean Coralli and Jules Perrot in 1841, but in more recent times, the standard has been Marius Petipa's choreography for the Imperial Russian Ballet between 1884 and 1903.

One of the current season's successful premieres, Yuri Possokhov’s The Rite of Spring — with scenic design by Benjamin Pierce, costumes by Sandra Woodall, and lighting by Christopher Dennis — will be reprised in 2014.