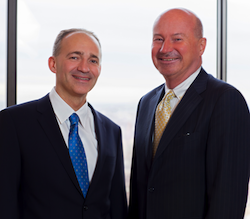 Music News was happy to announce when Emmanuel Morlet was named artistic director of Green Music Center, but we are somewhat befuddled by his disappearance — without announcement (as far as I know) and no response from the Center's PR to inquiries.

Morlet, former Director of the Music Office for the Cultural Services of the French Embassy, was named to the Sonoma position in February, to begin his tenure in April, but in just a few months, he was gone.

The important post is probably awaiting a new occupant as the organization's website lists Larry Furukawa-Schlereth as Executive (actually "Executieve") Director, and four names under "Artistic Direction and Planning," including Robert Cole, formerly Artistic Director of Cal Performances. Top officials of the Board are Sandy Weill (Chair), Joan Weill and Marne Olson (Vice-Chair).

But no artistic director?