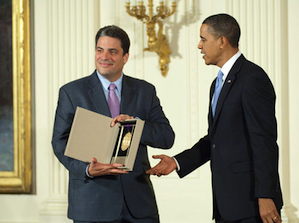 There is important news from the San Francisco Conservatory and the promise of more to come. At a gala event Thursday evening, the "Presidential Evening Celebration," Conservatory President David H. Stull spoke both of impressive specifics and big ambitions.

The school, which will celebrate its centennial in 2017, started as a piano studio with 40 students. Today, it has almost 400 students, with 197 in the graduate division; a large, impressive faculty; and a glorious past, having launched hundreds of careers, including some world-renowned names.

Stull, who came to San Francisco last summer, after serving as dean of Oberlin Conservatory, spelled out a grand plan for the future at the black-tie event, attended by some of the city's prominent philanthropists. The school, which grew exponentially with the 2006 move from the Sunset to its current Civic Center location, is now looking to further major physical and operational expansion.

In the audience for the gala were civic leaders, major contributors, famous artists — including Frederica von Stade and Marilyn Horne, introduced by Stull as "the world's two greatest mezzo-sopranos" — but a curious lack of students, around whom all the talk revolved. 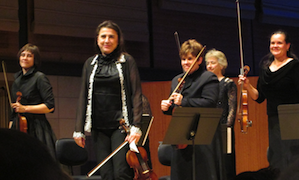 The event featured the New Century Chamber Orchestra, led by Nadja Salerno-Sonnenberg, performing music by Mascagni, Bartók, Piazzolla, and Johann Strauss Jr.; and the debut of the sensational bluegrass-classical-crossover quintet of the Punch Brothers, led by Chris Thile. Stull, who has long advocated the ensemble, introduced the young musicians with special pride.

In his presentation Stull emphasized that the Conservatory is in a unique position of being neighbors with the city's symphony, opera, ballet. Already fluorishing relationships — faculty from S.F. Symphony, some one-third of which are Conservatory graduates — will be strengthened in major ways.

Stull previously stated that the school is "committed to providing an extraordinary education that prepares our graduates for lives as fully-engaged citizens of the world — our core mission is to transform our students — artistically, intellectually, professionally, and individually," and on Thursday, he added:

Our goal is to transform Conservatory education by inventing a unique curricular model that conjoins the study of music at the highest level to the development of critical thinking skills, an understanding of economic principles and the pursuit of creative work. We will foster a learning environment in which artistic achievement, intellectual rigor and professional acumen evolve together.

To back up those lofty ideals, Stull presented some specifics about the school's future: 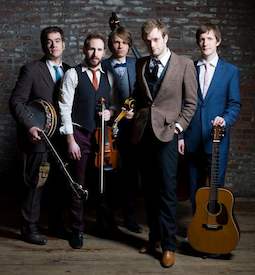 * $17 million has been pledged already for building a residential hall for students, faculty, and visiting scholars. Two nearby Civic Center locations are under consideration, the site will be announced by July 1.

* Ann and Gordon Getty have offered a $1 million challenge-grant to raise money in the next three months to start implementing Stull's "Strategic Vision and Plan."

* Leslie Ann Jones, the Grammy-award winning Director of Music Recording and Scoring at Skywalker Sound will serve as an adviser to a new composition-major program for instruction in the creation of music for film, games, video, and other emerging multimedia platforms. Besides Electronic Arts Meyer Sound, the program will have the support of numerous technological powerhouses — Apple, Pixar, and Dolby among them.

* San Francisco Opera's Merola Program will have a residency at the Conservatory, its training and performance activities closer coordinated with the school.

* The Conservatory and SFJAZZ Center will collaborate in the creation of a new course of study in jazz, improvisation and roots music, with members of the resident SFJAZZ Collective as primary faculty. 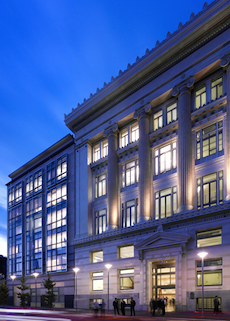 * Changes in the academic calendar, beginning in fall 2015, will divide semesters into two modules, enabling "shorter classes of greater depth and focus to coexist alongside full semester courses of broader scope."

* Also beginning in fall 2015, the Conservatory will activate a business curriculum, "based on the principles of an MBA with a focus on entrepreneurial efforts," including fundamentals of business and accounting, LLC and 501(c)(3) incorporation, the drafting of marketing and business plans, and more.

* Continuing and expanding its existing sister-school relationship with the Shanghai Conservatory, the school will also develop long-term partnerships with other institutions in China and the Pacific Rim.

* A brief winter term each January will allow students to pursue professional development projects that motivate them to think beyond the classroom to life after graduation.

* Artists and scholars on sabbatical from elite colleges and universities throughout the world will be invited to a visiting faculty program, to lead seminars, coach musicians, and teach courses in half-semester, full-semester or winter term modules. They will be offered "an intriguing teaching opportunity, free housing in San Francisco and a robust stipend."