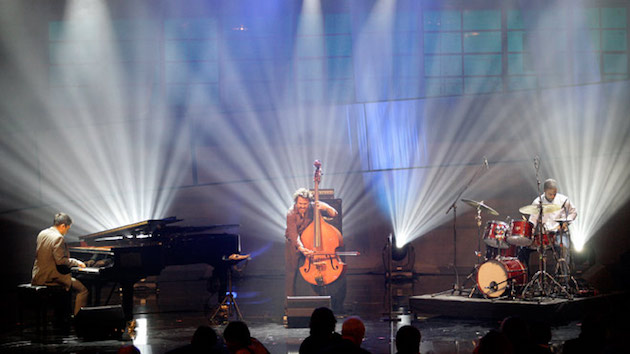 The Ojai classical music festival, now playing in Southern California, opened in 1947 on land bought in the 1920s by Annie Besant. Besant was the great British social activist — and Theosophist — who became drawn to Madame Blavatsky and spent many years with her in Southern India, in the cultural capital of Chennai. Which is where Annie Besant died in 1933. 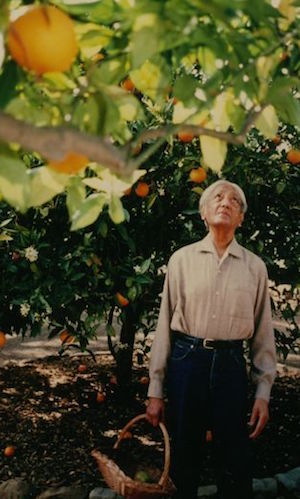 The Ojai property became the home of Besant’s protégé, and hope for the world, Jiddu Krishnamurti. Much to her chagrin, he broke away from Theosophy and adopted a more worldly view of spirituality. He died in 1986.  During the 1930s and ’40s, Krishnamurti attracted Hollywood actors, along with Stravinsky, Brecht, Mann, and John Cage, who, in 1935, in a letter to his lover, wrote, “I was walking and thinking of you in Ojai, an open space of country, and suddenly I knew what wildness was. I am sure there is something unexplainably and mysteriously sacred about the Valley, something including evil.”

The reference to evil remains unexplained, but it’s all an interesting irony, marking the cultural links between Ojai and Chennai, and also an irony because this year’s Ojai Festival director is Vijay Iyer, the pianist, composer, Harvard professor, and MacArthur Fellow. Iyer, the son of Indian Tamil Immigrants, and whose surname was originally Raghunathan, has created a program that includes several links to Southern Indian classical music, which he would tell you, is filled with “wildness.”

The 85-year-old Ojai Festival has a “Berkeley version,” now in its seventh edition. That festival plays June 15–17. Matías Tarnopolsky, director of Cal Performances, selected the program, which heavily features Mr. Iyer, himself.

“The same large themes run through both festivals,” adds Tarnopolsky, “What you have is an extraordinary reflection of Vijay Iyer, both as a person and as a musician.  I can tell you’re in for something out of this world, especially for those who may not be familiar with Indian classical music.”

For the Ojai Festival, Iyer drew together “people who are very important to me” — including composers, performers, improvisers, and interpreters of Western classical music. In some ways, the festival is a kind of musical diary of Iyer’s life as a musician and composer.

In the foreground of Ojai at Berkeley is the International Contemporary Ensemble, which is based in New York and dedicated to new music. They will premiere a violin concerto titled Trouble, written by Iyer and featuring violin soloist Jennifer Koh, a longtime compatriot of Iyer’s. Works on opening night include another piece composed by Iyer, Emergent, which debuted last year in Poland. It will be played by Iyer’s trio, along with chamber orchestra. A third Iyer piece is a duet to be played with “one of my mentors,” composer/trumpeter Wadada Leo Smith. 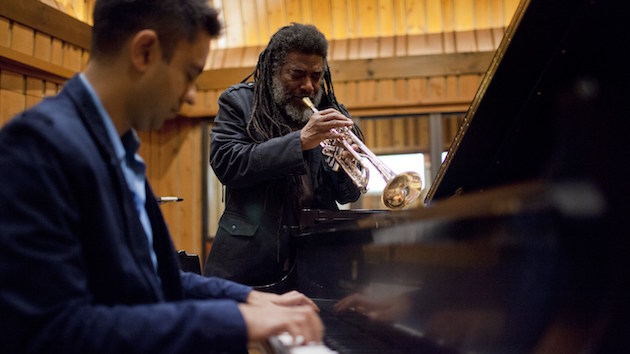 The festival’s second night includes a performance with another mentor, contemporary music composer and trombonist, George Lewis, who wrote a monumental book about the Association for the Advancement of Creative Musicians (AACM). The book, A Power Stronger than Itself: The AACM and American Experimental Music, came out in 2008 and traces the history of music culture in Chicago’s south side beginning in the mid-1960s. Lewis used some of the interviews in composing, Afterword, An Opera, which premiered in 2015; this will be its West Coast premiere.

“Lewis’s music,” said Iyer, “is dazzling and colorful, and very rigorous, very difficult to play. It’s also jam-packed with ideas.” Iyer and Lewis met in 1994, when Lewis was a visiting professor at Mills College and Iyer was working on his doctorate in physics from UC Berkeley.

On Saturday, there will be two concerts: one in the afternoon, a quartet collaboration including Iyer; tabla maestro of Hindustani classical music, Zakir Hussain; alto saxophonist Rudresh Mahanthappa — he and Iyer have been working together since 1988 — and Aruna Sairamin, the renowned Indian classical vocalist best known for her interpretation of the Carnatic traditions of Southern India. And once more, an echo: at 21, she won the Best Young Musician Award given by the Music Academy in Chennai. 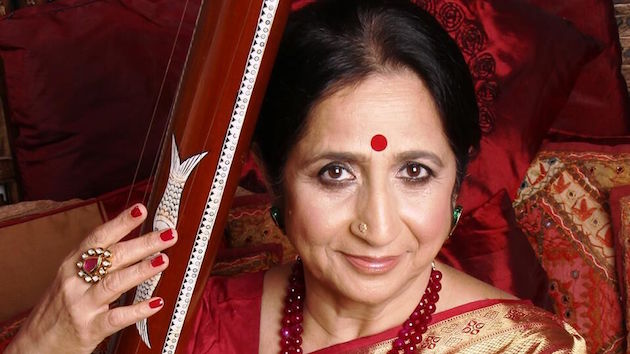 The evening concert features a juxtaposition of two works created a century apart: Stravinsky’s Rite of Spring and a reorchestrated version of that written for a chamber orchestra of a dozen musicians. “It has real intimacy and transparency, and a wildness to it. It has a very different texture and a different sense of scale. It’s sort of like being at a small house party.”

The evening concert includes a piece Iyer was commissioned to write for a film to mark the centenary of Rite.  It’s called Radhe Radhe: Rites of Holi and was a collaboration with the late filmmaker Prashant Bhargava, who died in 2015. The film, made in 2013, is an experimental documentary with live orchestral music, and a “journey of desire and devotion to the Goddess Radha set during the primal and vibrant celebration of Holi in Mathura, India.” This celebration is a widely honored holiday in a part of Northern India. As part of the festivities people throw colored powder at each other.

“The film is very intoxicating and vivid, and while it doessn’t tell quite the same story, it follows a similar episodic structure to Rite of Spring and so unfolds in 12 episodes.”

Others to appear at Ojai at Berkeley include percussionist and composer Tyshawn Sorey; conductor and former Ojai music director Steven Schick, and composer/bassist Stephan Crump. It’s worth noting that the Ojai Festival, and by extension the Berkeley edition, is unique in that each year brings a new director and a completely new group of musicians.

For more information about the Ojai at Berkeley, see the Cal Performances page.