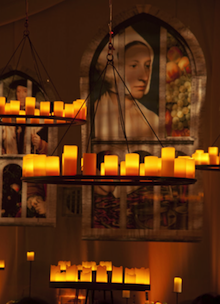 In last week's column, we reported on Evan Baker's sumptuous new book, From the Score to the Stage: An Illustrated History of Continental Opera Production and Staging.

One response to the item came from Mark Schubin, who bought the book, and commented: "It's huge and gorgeous!" In a note to Baker, Schubin wrote:

Among the many details in Baker's book Schubin discussed was this arcane and fascinating one:

There is a major point on which our historical findings disagree. I'm not yet prepared to say you are incorrect, but my research strongly suggests so. It relates to chandeliers in the opera house prior to the middle of the 19th century. 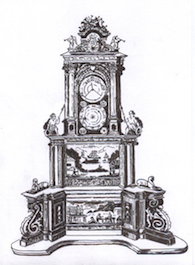 The large opera houses needed more central lighting, thus the use of chandeliers. Candles, prior to the middle of the 19th century, however, were very different from today's. They were soft, smoky, stinky, and frequently toxic. Most significantly, their wicks were not consumed. As the fuel was consumed, therefore, the wicks kept growing.

Special scissors, called snuffers, were used to trim the wicks. For sconces, a footman could trim them during the opera. On stage, singers could trim them, if necessary. But who could trim those on a chandelier hanging over the audience?

Thus there was the 1678 report from the Mercure Gallant that you cite on pages 27-28. The chandelier had to rise into the ceiling, where the wicks could be trimmed (or, in this case, extinguished). But, as that report indicates, the auditorium was thus darkened, which conflicts with your statement on page 90 that chandeliers remained lit during the entire performance. You note that large quantities of candles would be required for that. How could they be installed in the chandelier?

Rather than following the mystery of candles through, I looked into Schubin's work, and found a mother lode of brilliant historical research, including detailed explanation of Met HD logistics. 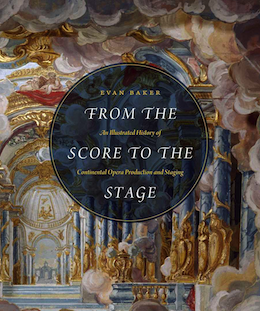 Also note his The Fandom of the Opera: How the Audience for a Four-Century-Old Art Form Helped Create the Modern Media World. Among the subjects Schubin discussed at last week's in the National Opera Center about media technology and opera chronology:

And on it goes, the straight line through centuries to today's HD casts.