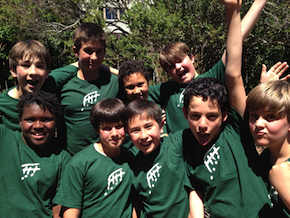 Oakland's Pacific Boychoir Academy is leaving this week on a fascinating (and extremely busy) tour of Vietnam and Singapore. It's typhoon season in the western Pacific Ocean, and in Vietnam both temperatures and humidity are in the 90s, with thunderstorms predicted for every day of the tour. The adventurers should be safe, even as some 2,400 miles to the north superstorm Neoguri is devastating Japan and Okinawa.

Led by Music Director Kevin Fox, the chorus will have July 10 and 11 to overcome jet lag, and then give the first concert on July 12 in the Ho Chi Minh City Conservatory. Concerts in Hoi An follow on July 13 and 14, the second performance in the city's famous Sculpture Garden. After taping a concert in Hanoi TV studios, the chorus will give an outreach performance, organized by the United States Embassy, at the Vinh Phuc Social Services Center outside Hanoi.

Concerts in Hanoi and Ha Long Bay follow, the choir spends July 18-21 in Singapore, performing in the Singapore Botanic Gardens on July 20. 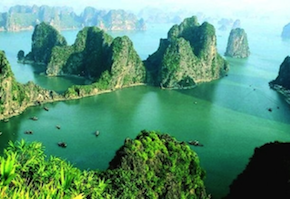 The program for the tour includes Mendelssohn’s Laudate Pueri and Handel’s Hallelujah Chorus, the Beatles’ "Here Comes the Sun" (hoping for compliance from the weather), and Paul Simon’s "Bridge Over Troubled Water." Known for its cultivation of African-American spirituals and American classics, the choir will perform George Gershwin’s "I Got Rhythm," and spirituals such as "Ol' Time Religion" and "When the Saints Go Marching In." The choir will also sing two traditional Vietnamese songs, and will be joined by the locally renowned Sol Art Choir of Hanoi.

Founded in 1998, Pacific Boychoir Academy has some 175 boys in seven choirs. Graduates of the treble program are eligible to join the sopranos and altos in concerts. With the addition of a day school, PBA has become home to the only choir school in the Western USA, integrating a full academic program with daily music instruction for boys in grades 4-8. On previous tours, the choir has been heard across North America, South America, the South Pacific, Africa, Asia, and Europe.

The group participated in the San Francisco Symphony's performances and recording of the Mahler Eighth Symphony, which won three Grammy awards. The Boychoir has appeared in America’s Got Talent, Kronos Quartet’s 40th birthday party, Nelson Mandela’s memorial service in Washington DC, and with Dmitri Hvorostovsky and the Moscow Chamber Orchestra.