Robert Geary's Piedmont East Bay Children’s Choir made a clean sweep in the International Youth Music Festival held in Bratislava, Slovak Republic, last weekend. Among competitiors from a dozen nations, Piedmont was the only choir to enter three categories of competition, and then win first prize in all three — Children’s Choir, Gospel and Spiritual, and Contemporary. Next, the choir won the Grand Prix Award as the overall winner of the competition.

The festival was held in the historic Hall of Mirrors in Primatial Palace where the Treaty of Pressburg (now Bratislava) between France and Austria was signed in 1805. PEBCC sang in the final concert with three other finalists: the Gene Louw Children’s Choir of South Africa, the Youth Choir of St. Vid, Slovenia, and Artis’ Jok of Belgium. 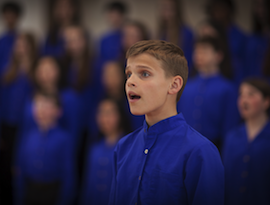 "It was gratifying to see that the tremendous effort of our choir members singing a repertoire that was dominated by three Bay Area composers was so highly regarded by an international jury," Geary said, referring to the music of Mark Winges, Sue Bohlin, and Jonathan Goodwin.

Bohlin responded by saying that "it's an honor to hear one’s music performed with such accuracy, plus heart and soul, which are the added ingredients needed to win over the audience and judges."

"We share this award with all the choir supporters who believe in this amazing organization, the parents who understand the benefits for their children in this type of cultural exchange, and the brilliant conductors and singers in our choirs. This is really a team effort," Geary added. 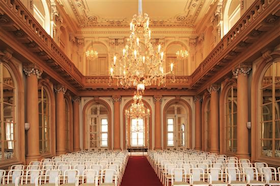 The ensemble's 42 girls and boys finished their annual summer tour in Slovakia after performances in Germany and Austria.

The competition, held over four days, was adjudicated by a panel of six international judges, who graded such criteria as tone quality, interpretation, vocal technique, rhythm elements, and presentation.

The Piedmont East Bay Children’s Choir may host one of these choirs in 2015 when the Golden Gate International Choral Festival will be held in Oakland. The festival, developed by PEBCC in 1982, is the only such event hosted by a children’s choir in the U.S.