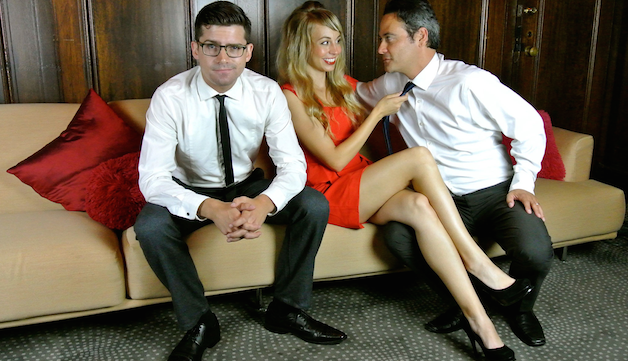 Billy Wilder's edgy and iconic 1960 film, The Apartment, with Jack Lemmon and Shirley McLaine in their prime, needs no updating, revision, or — heaven forfend! — "musicalization." Still, that's what Burt Bacharach did in 1968, in Promises, Promises (his one and only excursion into musicals).

There is something very strange about a 1960s "nice" but morally ambiguous man — climbing the slippery promotion ladder, reaching for the key to the executive washroom by lending his apartment key to executives for trysts of "an hour or just 40 minutes" — taking the theater audience into his confidence, and occasionally lamenting his fate and mediocrity in song.

But that's how Lemmon's unforgettable Chuck Baxter is tasked here with Bacharach's eminently forgettable music. (To be fair, the title song is OK, and Dionne Warwick made something of "I'll Never Fall in Love Again," which is sung even better — if at the edge of falsetto — at the Playhouse by Monique Hafen, the McLaine character Fran Kubelik.)

And yet, against this grudging overview, there are the usual Playhouse surprises and triumphs here, making it worth an outing to the uniquely remodeled former Post Street Theater, its seats reduced by two-thirds, the stage expanded enormously. 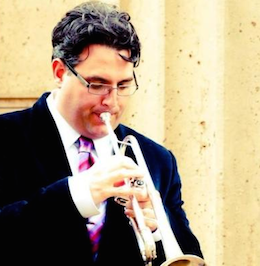 Company Artistic Director Bill English has outdone himself both in fluent and clear stage direction and, even more, designing a sensational set, which takes you from the street to a high floor of the Manhattan highrise to the apartment to a nightclub ... all without wasting a minute. The projection (by Micah Steiglitz) used to simulate a frequent elevator ride is so exceptional when it happens the first time, you grab onto your arm rest to steady yourself.

Besides Adams and Hafen, the cast provides a remarkable ensemble, with the great theater veteran Ray Reinhardt's doctor, Johnny Moreno's evil Sheldrake, Corinne Proctor's zaftig and outrageous siren, and many more. Everybody is stretched like Gumby by Kimberly Richards' riotous choreography.

And so, to the music: for me, the arch-enemy of big amplification in small spaces, it's difficult to say much good about a production in which everybody and everything is amplified, but the performance rarely crosses the threshold of pain, and the lively, hardworking band tries hard not to drown out the (amplified) singers.

With Kevin Roland at the keyboard and conducting (and whoever is riding the console), the band is loud and — still — very good. They sit half-hidden above upstage, so I am not sure if there are six or seven of them, but they sure play up a storm, and besides Nick Discala's clarinet and sax, there are trumpet solos that belong both in SFJAZZ and Davies Hall (when Mark Inouye is away).

I started an investigation into the identify of the unseen and (apparently unlisted in the program) trumpet player, and was rewarded by the knowledge that it's Justin Smith. Bravo!