San Francisco Opera seems to defy fate by linking two great national disasters, announcing on Dec. 7 an opera commemorating 9/11. Although it's just a coincidence, the dates call attention to the operatic potential of events such as Pearl Harbor and the destruction of the World Trade Center. 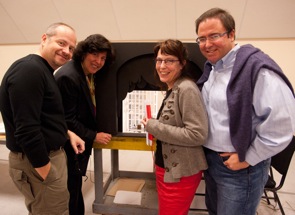 General Director David Gockley — who has a nearly four-decade-long record of commissioning new operas — entrusted to Yale University faculty member Christopher Theofanidis the composition of Heart of a Soldier, about a recently recognized at ground zero, Rick Rescorla.

Set to premiere in the War Memorial on the eve of Sept. 11, 2011, the 10th anniversary of 9/11 when Rescorla died under heroic circumstances, Heart of a Soldier will feature baritone Thomas Hampson, Francesca Zambello as stage director, and Patrick Summers as music director. Six more performances will follow.

The world premiere is made possible, in part, by Company Sponsors John A. and Cynthia Fry Gunn. Additional support is provided by an award from the National Endowment for the Arts.

For nearly a decade I have been hoping to commission an opera from the brilliantly talented Christopher Theofanidis. When there finally was a window of opportunity at Houston Grand Opera, I changed jobs and preliminary plans for "Heart of a Soldier" had to be put on hold. Once in San Francisco, I felt the opportunity to commission this work in observation of the 10th anniversary of the tragic events of 9/11 — and the commitment of Tom Hampson to create the lead role gave the project critical mass. 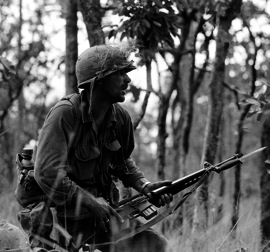 On the surface the piece is about what it takes to be a true hero, but what will drive the music is the passion, the suspense and the ultimate tragedy.

The opera is based on the book of the same name by Pulitzer Prize-winning journalist James B. Stewart, and the life stories of Rick Rescorla, his wife Susan, and an American soldier, Dan Hill, who had a major role in their lives. Donna DiNovelli is the librettist.

Rescorla was an immigrant from Cornwall, who became a decorated platoon leader during the Vietnam War. On Sept. 11, 2001, he was head of security for Morgan Stanley at One World Trade Center. He helped to evacuate all of his company's 2,700 employees from the South Tower before it collapsed, then went back into the building to search for others, and died there.

Theofanidis is one of the most often performed composers of concert music in America. He has won a Rome Prize, a Guggenheim Fellowship, and an International Masterprize, among others. He was recently nominated for a Grammy for best composition for his chorus and orchestra work The Here and Now, which received its premiere at Carnegie Hall by the Atlanta Symphony and Chorus. His orchestral concert work, Rainbow Body has been performed by more than 100 orchestras during the last 10 years. He describes his work's tone as "lyrical and it has a great deal of humor woven throughout, which is part of the humanity these characters bring to the story." The music includes tunes from the 1940s, rock of the 1960s, Cornish folksongs and Islamic calls to prayer (because Hill converted to Islam and went to fight for the U.S. in Afghanistan). The music, he says, "stylistically strives to integrate and fuse elements into the work."