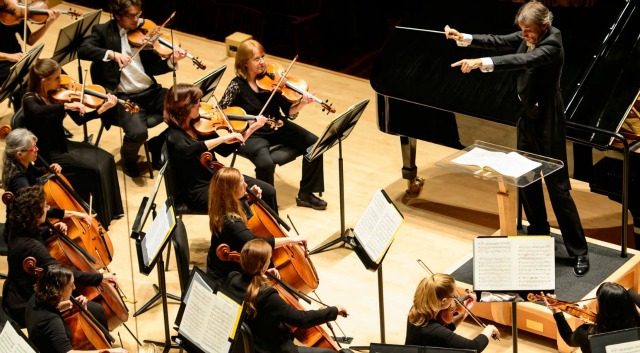 For the 88-year-old Santa Rosa Symphony these days everything is in the black, it’s all coming up roses, although it’s true that the acclaimed music director Bruno Ferrandis has just announced that after 12 seasons he has decided to move on following the 2017-2018 season.

Why leave now? “I feel it is important in the modern era for both directors and symphonies to experience the influence of many different musical personalities,” he has been quoted to say, and added that he wants to collaborate more with living composers. In sum, Ferrandis, originally an Algerian émigré, now living in Paris, intends to get back on the road and resume his role as a guest conductor, which has lead him to concert halls from Tel Aviv to Tokyo.

“I love the guy,” Alan Silow told us. Silow is the symphony’s executive director. “Bruno has been enormously collegial. He has brought a special sensibility, with music from ballet, film, dance, opera, and has also introduced our audience to a number of new works. He’s really raised the profile of this orchestra, both regionally and nationally.”

Still, it won’t be hard to find a replacement in what has become one of the more successful regional orchestras in the country and recently added three musicians to its lineup. And that’s due to Silow, who takes great pride in the fact. His strategy, over the last 12 years, has been to establish financial protocols to better escape the winds of recession. One move, for example, was to subsidize the core of classical programming with family concerts, pops, and the like, which, as Silow put it, absolutely must break even, at the very least. 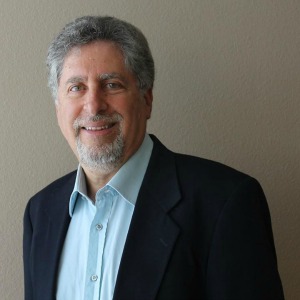 Another change was in negotiating guest artist contracts. “I enjoy and to some degree excel at negotiation,” Silow told us, “and so we took a much stronger tack and brought those costs back to a more reasonable range.” Silow says that the art of negotiation has been simply to represent the symphony accurately, always careful to explain that while the symphony doesn’t have the budget of the San Francisco Symphony, it is graced with Weill Hall in the Green Music Center and an enthusiastic and knowledgeable audience.

A third change was to propose, for the first time, a board responsibility statement, in writing, in effect a one-page list of responsibilities. One of those responsibilities was to solicit or contribute $10,000 annually to the symphony. The 38-member board approved and the results have been dramatic, and somewhat unexpected. The move drew in prominent community leaders and helped to professionalize the organization. But more to the point, in 2001-02 total board giving amounted to $70,000. In 2014, the amount was $450,000.

In addition, the board authorized restrictions on how endowments could be used. A cap was applied in 2003, which reflected the view that “to really grow the endowment, we’re not taking any more than five percent a year based on a three-year rolling average of the stock market evaluation.” A recent three-year campaign was completed in just two years, and raised $4 million. In 2002, the symphony’s endowment was worth $1.5 million; now it’s worth more than $10 million.

As for programming, Silow points out that his close relationship with the artistic director has allowed the organization to steer between the shoals of programming that’s too expensive and programming that has little appeal to the community. Indeed, the art of programming for Silow is “community engagement, and the ability to be relevant.”

To that end, the symphony has in the last year orchestrated a series of three outreach concerts, under the rubric of Festival of Remembrance. One was a day of the dead concert last fall; another, in February, honored Japanese-Americans who had been interned during World War II. That included Japanese composer and a local Taiko drumming ensemble. A third concert last April featured Jewish composers who perished in the Holocaust. That concert included a film, with interviews with survivors as well as a Klezmer band.

Another community outreach program involved chamber music ensembles performing at local libraries and then, finally, a free community concert at Weill Hall which was directed toward the local Latino community and drew 5,000 people. It was a record attendance.

“I think the reason we’ve been successful,” says Silow, is because the board understands the notion of ‘no pain, no gain’.  Because of the recession in 2002 there were a lot of financial challenges and when the board understood what those were they were very amendable to making the needed changes to bring us back to sustainability.”