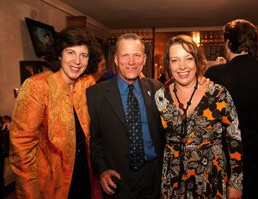 Lamenting the folding of the San Diego Opera as "a tragedy," the general director of the San Francisco Opera rallied his troops this evening, but pulled no punches about the challenges ahead.

David Gockley addressed the annual meeting at the Zellerbach Rehearsal Hall by saying that the company's centennial in 2022 should celebrate the past and build greatness in its second century. "I'm not going to be around then," said Gockley, who is stepping down from the job in 2016, but will do most of the programming for two seasons beyond the date, and he is determined to set the course of the company right.

San Diego, Gockley said, was "one of the best-run companies in the country for decades — it sends shudders through me and my staff that this happens to a good company, not a New York City Opera" (whose many problems were known for a long time).

Gockley presented a matrix for San Francisco Opera finances with some alarming figures for 1980, 2015, and 2022 (the centennial year):

Budgets grew over inflation rates, ticket sales slightly declined, contributions remained remarkably steady (annual support growing from $3.7m in 1980 to $40m projected for 2015, and the same figure for 2022), and Gockley had to act decisively to bring down an estimated budget of $106m for 2020 to $86m.

"There are structural problems we face as a company and some of the systemic issues facing the industry as a whole," Gockley said, "the slowly declining role of subscriptions, the difficulty of balancing budgets, the lack of bankable stars, the marginalization of the classical arts in education and the mass media, the plethora of competing entertainment forms and opportunities ... that compete for the time and attention of people who could be going to the opera." 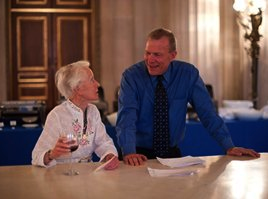 Looking forward, the essential questions are: "How do we build our audience for our second century? How do generate enough annual income to be world-class? The minute we slip below this watermark, we could find ourselves in a downward spiral that we may never be able to pull ourselves out of."

That point of no return, Gockley said, came close in recent seasons "with our cost-cuttings, as we have tried to ride out the Great Recession; the quality of some productions was affected as was the breadth of repertory offer."

The low point was something personal, he said:

I mourned that I cannot produce for you a broader swath of the repertory every year — but I promise you it's coming. Audience surveys made the point: People want to be wowed every time — with singers, conductors, productions, and we have to deliver or die.

I told the board that next season, 2014-2015, we must return to undisputable greatness even though it would increase the budget. So we have bet the ranch that the increased numbers of productions, the diversity of repertory, five new productions (including the massive epic of Les Troyens, which will stretch us to our limits) should recapture subscribers, fill the houses, and produce [additional] contributions.

Will these be enough?, I ask myself. The jury is still out.

With 75% of the budget going for labor costs, Gockley said controlling expenses must be done in a way both fair to staff and unions and viable within resources. 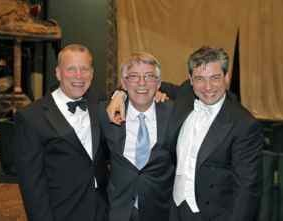 Total operating revenue for FY13 fell from $33 million to $30.8m, with income from ticket sales at $19.7m, compared to the season prior (FY12) at $24.3m. The decline in earned income was caused in part by the elimination of one full opera from the company’s subscription season. At the close of FY13 on July 31, 2013, the company’s endowment was valued at $147.7m, an increase of 6.4% over the previous year.

Among actions for expanding the company's reach, Gockley points to the establishment and work of the Koret-Taube Media Suite, recording every opera. With the SFO production of The Gershwins' Porgy & Bess being published next week on DVD and Blu-ray, "there are 70 more productions in the can." Upcoming DVD releases: Montagues and Capulets, the 2013 Mefistofele, and "probably" this summer's Showboat.

The annual meeting included an extended interview with Carlisle Floyd on the occasion of his Susannah being produced by the company. He fully lived up to Gockley's introduction as "87 and sharp as a tack." Floyd is completing a new opera, to be shown in Houston, about Edward Kynaston, a star of 17th-century London stage, specializing in women's roles, most famously as Desdemona.

Samuel Pepys' diary and the 2004 film Stage Beauty, with Billy Crudup, were Floyd's sources about the dramatic fall of Kynaston when Charles II forbade men acting as women on stage. "I wanted to show I can get away from the American South," Floyd said.