Like deciding on a family video to watch, sometimes trying to accommodate a number of different tastes and requirements in an entertainment choice can be challenging. But you probably want to bring the beauty of live music to your children without having to hock your valuables. Here are six excellent choices that are a lot easier to make than you might think.

Around the World in Song, San Francisco Chamber Orchestra With the Piedmont East Bay Children’s Choir 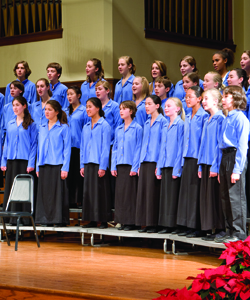 This is the second of three in the orchestra’s free Family Concerts for 2011/2012. Benjamin Simon and the S.F. Chamber Orchestra delight in collaborating with youth ensembles such as the gifted Piedmont Choir. The orchestra’s short, one-hour shows are great for really young children, and are performed in three locations: Oakland, San Mateo, and San Francisco. Tour the world from your seat in the hall, as the group brings you show tunes from exotic locales. Get ready to sing, yourself, when tenor Brian Thorsett gives a lesson on opera singing to the entire audience!

TAO: The Art of the Drum 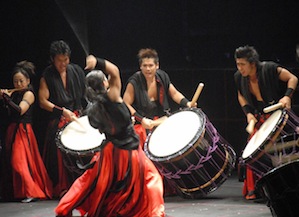 An energetic cross between gymnastics and drumming, TAO is a taiko drumming tour de force. Its performers live and train in the mountains of Japan, honing their skills and assimilating a wide range of disciplines and styles — ranging from rock music, gymnastics, and martial arts to original choreography, African djembe drumming, and more. This is a theatrical spectacle of rhythm and movement, setting centuries-old traditions in a current context for modern kids. Two Bay Area performances will be given, one in San Rafael and one at Stanford Lively Arts.

Manga meets Mozart in this colorful production. The imaginative David Scott Marley has reinterpreted Mozart’s beloved Magic Flute through the lens of a manga comic book. The plot couldn’t be more appropriate: “A young prince, lost in a world where magical monsters menace and the powers of night and day wrestle for domination, strikes out to save a princess.” Families will appreciate the short running time of two hours, plus the work is sung in English, with Eugene Brancoveanu starring as Papageno.

Bay Area audiences know the classical tabla virtuoso Zakir Hussain for his outstanding cross-genre collaborations over the years. Give your kids their first taste of India and its instruments with this fascinating concert. Hussain performs with Fazal Qureshi on tabla (hand drum) and kanjira (tambourine family); Rakesh Chaurasia on the bansuri (bamboo flute); Dilshad Khan on a sarangi (bowed stringed instrument); Navin Sharma, the dholak (double-headed drum); and Abbos Kosimov, doyra (tambourine family). The graceful Meitei Pung Cholom Performing Troupe, known as the dancing drummers of Manipur, completes the spectacle. 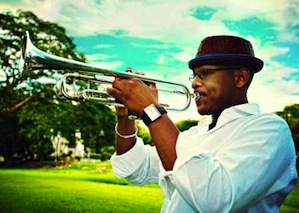 The trumpeter from Trinidad Etienne Charles comes from a long line of musicians — purveyors of the Afro-Caribbean style stirred up with straight-ahead jazz. His album Folklore was named to NPR’s top 10 list of jazz albums in 2009. There’s no one better than Loren Schoenberg to team up with Charles for an hour of performance and discussion — after all, Schoenberg’s a saxophonist, and also a leading jazz writer and historian. Their free family show is at Community School for Music and the Arts. If you want more, hear the full concert at Stanford Lively Arts on April 4.