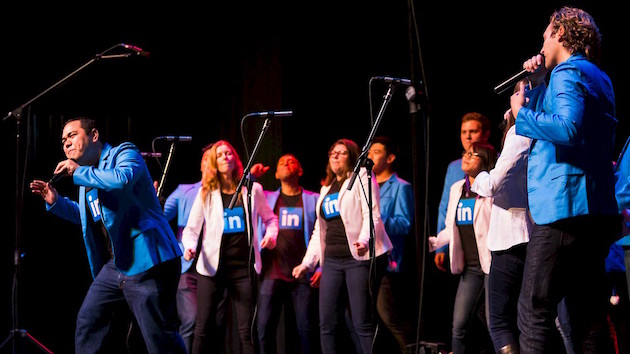 As an employee of LinkedIn, purportedly the world’s largest, web-based, professional network, James Huang learned quickly how to respond to the rubric overlaying the tech industry. As he stated it recently in an interview: “Here are the tools, let’s see what you can build with this. Let’s see what magical product you can make. And this challenges each of us to do the best we can do.”

Huang was speaking not about working computers and the web, but  was instead revealing an unexpected feature of his workplace, in Sunnyvale. “LinkedIn promotes music and realizes how important it is to a lot of people’s lives,” he notes. “So they’ve dedicated a room just for musicians, and they have guitars, drums, and pianos there. Once a week, we go there at lunchtime.”

And there, Huang rehearses weekly with [in] tune, the a cappella singing group he established last year. He’d been inspired by attending a concert of similar groups spawned by other tech companies, an annual event called Techapella. This year’s concert, the fourth, will take place this Wednesday at the Curran Theatre in San Francisco, for the first time under the auspices of the San Francisco Conservatory of Music. 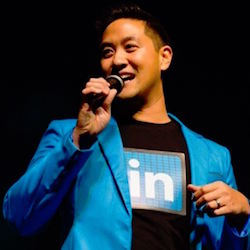 Huang, a baritone who minored in music while majoring in accounting at Cal Poly, will be there with [in] tune, as will Lindsay Alford, a soprano with Google’s Googapella, which practices twice a week in a designated music space on Google’s “campus,” in Mountain View. “Prominent across Bay Area tech companies is the ability of employees to have a social life,” Alford testifies. “That’s why they provide food, a game room, massage chairs, and the music rooms, to have a work-life balance.”

Other groups featured at this week’s concert, open to the public, include The Vocal Network (from Facebook), Songbirds (Twitter), Syncopation (Dropbox), Pintunes (Pinterest), and Square Registers (Square). “It’s a way for us to connect with the tech industry, which is something we’ve been wanting to do,” says Gloria Kim, the Conservatory’s vice president of external relations and artistic operations, who’s acting as the show’s producer. “It’s also having a bit of fun over the holidays, and the proceeds will be going to music programs in the Bay Area,” yet to be announced. 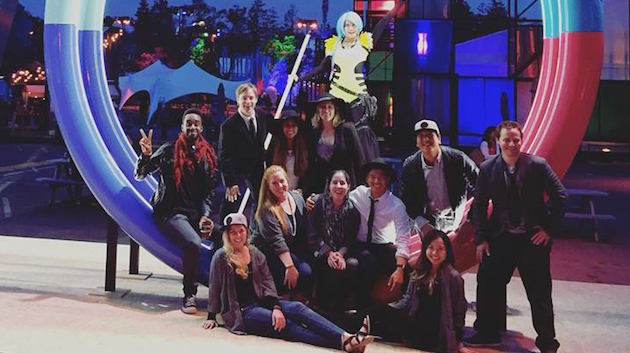 Many of the 113 participating techies have musical backgrounds. Huang performed in musical theater at Mission San Jose High School in Fremont and was classically trained at Cal Poly before joining an a cappella group there. Alford, another “theater nerd,” sang in school choir in Baltimore. Though she never had formal training, she was eager to join Googapella, originally started in 2007 and firmly established in 2011. “We started performing for friends, usually on Google’s campus or at somebody’s house,” she recounts. Techapella was formed after a Googapella singer left to join Facebook, where he founded The Vocal Network, its name a play on the surrogate phrase applied to his new employer (and to the biopic about its founder). “As a way to keep in touch with him, being a good friend of ours, we decided to host a joint concert, in 2013.” 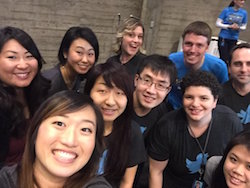 The results were far-reaching, inspiring similar efforts across the industry, with progressively larger annual concerts. At LinkedIn, “It would be easy to section inside of yourself, within a department, and not know what anyone else is doing,” Huang points out. His [in] tune group, drawing its 19 members from a variety of departments, “creates a better feel of the company overall.” For Alford and the 21 singers in Googapella, “it gives us a way to meet new people, to get up out of our chairs at 5 p.m. twice a week [and rehearse], instead of staring at our computer screens for another couple of hours. And I feel it keeps me more engaged in everything during the day, knowing that I have that to look forward to.”

On the macro level, “It’s kind of an amazing opportunity for us to network across all the big tech companies, because it’s pretty rare for us to work on a project all together,” says Huang. “A lot of friends have been made through Techapella, though it’s not an official work network,” adds Alford. Is there any anxiety about unsanctioned sharing of trade secrets offstage? “I’m probably gonna decline to respond to that question,” Alford demurs.

Alford also prefers not to disclose Googapella’s planned set list for this Wednesday in its entirety, “so we can have a little mystery." But one of the songs will be “Gold,” from the Broadway musical Once. She points out that Deke Sharon, a San Francisco-based supporter of Googapella and an emcee for last year’s Techapella, has been stationed in New York City, preparing for this week’s premiere of the first-ever all-a-cappella Broadway musical, In Transit. Sharon previously served as music director and vocal producer of the popular film Pitch Perfect, whose plot revolved around a fictional a cappella competition.

The LinkedIn group, says Huang, will cover the song “Mercy,” by the Welsh pop singer Duffy, “The Twelve Days of Christmas”, and Beyoncé’s hit “Love On Top,” “because we really want to showcase a lot of our very different styles of voices.” Arrangements involve as many as twelve different parts, one of the delights of listening to vocals with no instrumental accompaniment. 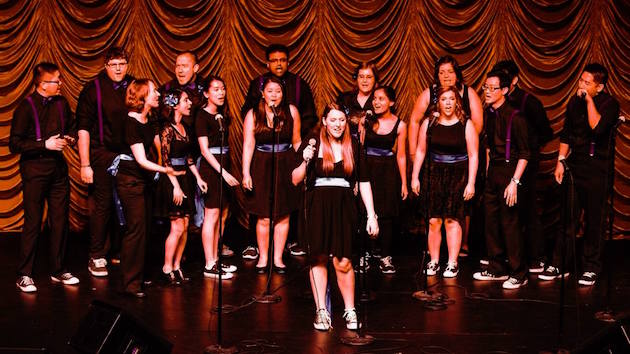 Along from securing a major venue like the Curran and support in production, involvement of the Conservatory this year is likely to bolster and diversify the audience for Techapella. “A lot will be families, friends, and coworkers of the performers,” says the Conservatory’s Kim, “but we’ve also built up interest with our constituents, like trustees, donors, staff, and faculty.” Eungkyo Kim, her father, was a classical singer back in Korea, and she’s “looking forward to personally having a blast.” “It’s built up to something that we definitely want to show to the general community,” says Alford, “if for no other reason than that we think they’ll have a great time seeing the show.” You can check YouTube for a hint of the spirit of past Techapella shows and what to expect on Wednesday.