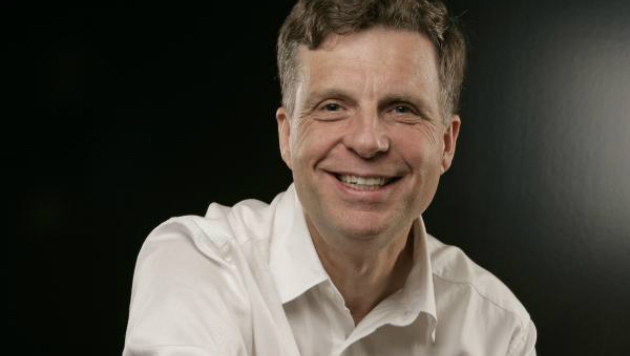 Arts organizations, especially classical music ones, speak of “audience engagement” these days. It's a constant in a world that has seen concert and opera attendance drop alarmingly over the past few decades, which has left organizations struggling with holes in their budgets.

But the terms and the concerns cross the boundaries of industries: On the Internet, businesses also want engagement in the form of shares, backlinks, and Facebook “likes.” It's all part of a game to help elusive, potential customers make an easy decision, to pull down barriers to their investment in your product.

That's why we obsessively debate concert etiquette and how much it actually applies in the 21st century. That's why there are so many schemes to meet the (new) audience where they are, to bring the music to bars, plazas, sports arenas, not to mention schools.

In this, the first of a new series of SFCV exclusives, we explore the new initiatives groups have launched and perspectives on these issues from different stakeholders in the field. And we begin with the question of the experience of the music: to mediate or not to mediate

The struggle to let go of a waning, blue-haired audience and be relevant to an orange-tinged audience is naturally focused on technology, not least on ways to address the mobile phone habits of Generations Y and Z. “Addiction” is no longer an accurate metaphor to describe the need for constant connection; the mobile phone has become a prosthesis, another stage in the evolution from homo sapiens to cyborg.

Among notable experiments in this regard, though unsuccessful, was the Concert Companion, invented by Roland Valliere in 2003: “I was trying to do for symphony orchestras what audio guides have done for museums: enhance and enrich the experience in real-time.”

Roland Valliere, 60, is now the CEO of the Memphis Symphony and before that CEO at several other Midwest symphonies, including Kansas City where he began to develop the Concert Companion. The prototype included Hewlett Packard and Dell WiFi-enabled PDAs, which picked up signals from a computer in a corner of the concert hall.

The initial development team included, among others, Alan Brown, a principal at WolfBrown and a prominent authority in the field of nonprofits. He conducted focus groups. Content was written initially by UCLA music Professor Robert Winter, and then Greg Sandow, the music critic and composer and a futurist on the subject of classical music. Michael Panayos, Titles Supervisor at the Metropolitan Opera, handled the on-site synchronization of real-time listening notes. A custom-made app was written by a small company in San Francisco called Tribeworks. One hundred of the devices were made.

The project was originally funded by several foundations including Hewlett, Knight, Mellon, and Packard, and totaled $1.5 million over five years. There were three testing phases, during which the device was used in various demonstrations for the media and orchestras, including the Kansas City Symphony, the Aspen Music Festival, the Philadelphia Orchestra, and the Oakland East Bay Symphony, where devices were offered to those with subscriptions.

“The problem,” Valliere told us recently, “is that despite a lot of interest we couldn’t get the business model to a point where it could break even outside of philanthropic funding. The whole thing was just too expensive — the concept development, the hardware technology, and the cost of implementation.” “While there were many orchestras …  that were interested in providing us a test bed … there were far fewer that could actually put up the money to purchase the service. Now, the customer would not be the orchestra but rather the concert goer.” – Roland Valliere

“Moreover, we mis-defined the customer. Our business model was driven by developing relationships with orchestras, and so orchestras would contact us about getting the service. But of course orchestras run on a very thin margin, and they don’t have a lot of R&D money to invest in new technologies. So while there were many orchestras, even globally, that were interested in providing us a test bed to do this, there were far fewer that could actually put up the money to purchase the service. Now, the customer would not be the orchestra but rather the concertgoer.”

And what about the negative effects of hand-held devices?  Valliere says that, based on the various surveys his team conducted, the light from a PDA was not a distraction. “It’s conceptually a concern but in our experience with real-time testing it was a non-issue.”

Valliere has come to believe that the Concert Companion was simply ahead of its time and that much of the problem was that social media hadn’t gotten off the ground yet and the hardware had to be developed from scratch. He points to the success of the Philadelphia Orchestra’s use of a mobile app known as LiveNote. One night, in the middle of the week, for one hour, the orchestra offers an “interactive and informative forum, including an electrifying performance of the music.”

“The market is ripe for this sort of thing, whether on the Philly model or something else,” says Valliere. “Now it’s much more cost effective because the audience brings its own hardware and they download an app to the desktop. Before, there was also no way to centralize distribution; there was no app store, for example. Now that’s taken care of and the real cost point is content. The Concert Companion was always a content-driven project but we could never focus on the content alone.”

One of the great revelations to come out of his experiment with Concert Companion was that, while orchestras have traditionally thought of themselves as being in the content-production business, they’re actually in the content-distribution business. His sense is that many orchestras still don’t understand the distinction. "That’s the dilemma: If you don’t invest in finding new ways to connect with audiences, you’ll lose market share.” – Roland Valliere

“Orchestras tend to be very conservative institutions by design and by necessity and tend to be focused on the day-to-day. But great companies invest in the future and are constantly developing new products, some of which work, some of which don’t. It’s an iterative process that takes a certain investment and institutional focus. And that’s the dilemma: If you don’t invest in finding new ways to connect with audiences, you’ll lose market share.”

Recently, in his quest to develop new audiences, Valliere has been drawn to the writings of Jim Collins, author of Built to Last and Good to Great. The latter is about how an organization can move from mediocrity to greatness. Valliere has also been influenced by Harvard business Professor Clayton Christiansen, perhaps best known for his 1995 theory of “disruptive innovation.” A counterintuitive example is the car, which was initially not a disruptive innovation because it was very expensive. The Model-T, however, was a disruptive innovation because it could displace the horse and buggy. A state-of-the-art, 3-D scanner-printer might be another example.

“So what the hell has this got to do with symphony orchestras?” asks Valliere. “This is the arena that symphony orchestras are in right now.  We’re at a point, not of incremental change, where to beat the competition we have to do something faster, better, and cheaper, but rather at a point of exponential change.”

The implication for Valliere is that not only must orchestras work incrementally — to build on what he calls a “legacy track” — but, because few companies are prepared to adapt to a breakthrough innovation, they must “build innovation into the core product so that eventually innovation becomes part of your incremental track. It’s a 10-year window and requires a real investment in innovation.”

And if that’s not done?

“What happens is that somebody who is not encumbered with the gravitational pull of the way things have been done starts something brand new and they succeed because they don’t have any handcuffs. The most important metric is, is the market growing? Are more people buying tickets to your concerts? Are more people giving money to the institution? You either grow or you die.”

In order to broaden market share, clearly orchestras must become more accessible and more relevant. As Valliere points outt, if the audience you’re trying to reach doesn’t know Yo-Yo Ma but knows John Coltrane, or doesn’t know Beethoven but knows some contemporary artist, then use that contemporary artist as a point of entry. “The key to relevance is meeting people where they are, and through this sort of cross-fertilization you find a common denominator.” – Roland Valliere

“The key to relevance is meeting people where they are, and through this sort of cross-fertilization you find a common denominator that will lead them into our world. I’m confident that 500 years from now someone will be enjoying Beethoven’s Ninth Symphony, just as we’re still reading Plato's Republic. But the way they enjoy it will certainly change.”