It is ever ironic that, for all the talk about San Francisco’s stature as a center for the arts, no public official can offer a comprehensive plan to ensure the place of the so-called ‘creative class.’ One problem may be that the term, popularized by among others, urbanologist Robert Florida, is itself unclear. Indeed, one might wonder, who in San Francisco these days doesn’t imagine themselves ‘creatives’?

You might also wonder if the ‘artists’ from one sector of the creative class, those from Silicon Valley, have begun to usurp the place of traditional artists, both literally and figuratively. 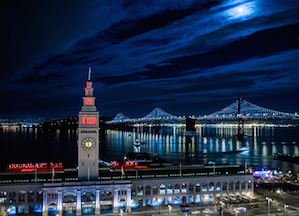 The lack of a plan to address the needs of traditional artists was illustrated once more on Monday night at a 90-minute town hall meeting at the Yerba Buena Center for the Arts. The theme was “Keeping the Arts in San Francisco” (and one could add, on another evening, keeping the arts in Oakland and Berkeley). Eleven candidates for city supervisor were invited to the discussion, including both incumbents and challengers. Seven candidates attended; four stayed to the end. There were perhaps 300 people in the audience. NPR’s Laura Sydell moderated the discussion.

All agreed that the arts are critically important, and most seemed to agree that affordable housing is the heart of the matter. However, there was no consensus on where to go from here. In fairness, the format was not designed for long explanations, but rather for sparring points.

Caraballo doubted the city’s conceit as an artistic center, compared to say, Barcelona, and kept referring to the importance of ‘emotional intelligence.’ But no plan. Whitaker likes Leo Villareal’s lights installation on the Bay Bridge and thinks the city should take a lesson from Apple and better brand the city’s arts identity. He also suggested stopping speculators and ending public support for the San Francisco Symphony. But no plan. Malia Cohen offered an open invitation to artists to move to the Bayview and hailed the Bayview Opera House. But no plan.

Farrell began talking about a Loma Prieta memorial at Marina Green and suggested the city encourage more film production. And although he did push the idea of putting pressure on developers to provide space for nonprofits and stridently called for change now, he offered no comprehensive plan. Scott Weiner trumpeted his advocacy of the city’s nighttime economy involving artists, but no overarching plan. 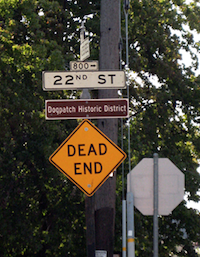 The only candidates with a sophisticated outlook were Jane Kim and Tony Kelly. Kim, who arguably has been the most tireless and effective advocate for the arts, gave the arts community sound advice: If you want money to flow your way, you need to put together a unified budget in January and then go to each supervisor’s door and make your case. The time to make a difference is not in June. Moreover, the arts community, which is notoriously fractious, must agree on a priority list of what’s to be done.

Of the challengers, Tony Kelly was the clear winner in his feisty battle with the incumbent Cohen, who didn’t help her case by leaving early. Kelly took advantage and made rhetorical points by pointing out that “the city is progressive until you talk about money” and “the arts are always ‘next’.” He explained how two-thirds of the hotel tax is supposed to the arts but goes instead to the general fund. Now, in the midst of boom times, is an opportunity for the arts community.

He posed the broader issue of inequality, claiming there is a 14-year difference in life expectancy between kids growing up in the Bayview and kids growing up on Nob Hill. Indirectly, he made the point that artists and activists from other constituencies should join together. And he finished with an appeal to bring El Sistema to district 10. It’s an old solution at this point, but novel here.

Short-term fixes that all candidates seemed to endorse include passing these measures on November 4:

And then of course there’s the legislation before San Francisco supervisors — just today — that would legalize short-term room rentals through the likes of Airbnb.com. On Monday, Diane Feinstein added her voice to the opposition arguing in an editorial, “those of us who value the residential character of our neighborhoods and are invested in the city’s quality of life will see all of this washed away by a blanket commercialization of our neighborhoods.” The legislation would also dry up still more housing for artists.