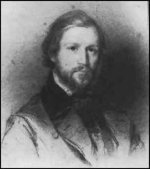 According to a long-lived (and long-debunked) legend, Mozart survived smallpox, tonsillitis, bronchitis, glomerular nephritis, pneumonia, typhoid fever, renal failure, rheumatism, and gum disease — only to be snuffed out by a jealous peer. But part of the life of the legend is its plausibility; artists are hot-headed, as we all know. And the legend of Mozart’s death is far from the most unusual end faced by many composers.

For example, Charles-Valentin Alkan died after pulling an umbrella stand down on himself, though a legend circulated that it was a falling bookcase, which crashed down on him as he reached for a volume of the Talmud. Jean-Baptiste Lully accidentally stabbed himself in the foot while beating his staff on the floor (conducting, old style); he subsequently contracted gangrene.

Several stories read like silent-film slapstick comedies. Ernest Chausson rode his bike into a wall. Polish composer Mieczysław Karłowicz died during an avalanche, while skiing in the Tatra Mountains. John Barnes Chance was adjusting a tent in his back yard when the metal pole came in contact with an electrified fence. Alexander Borodin died while dancing a little too heartily during a ball. One of the first American proponents of the 12-tone technique, Wallingford Riegger, died after tripping over the leashes of two fighting dogs.

Not all poisoned composers were victims of vengeance.

Transportation has resulted in the demise of more than a couple of composers. Karel Komzák II tried to jump aboard a departing train, but slipped under the wheels. The American pianist and composer Edward MacDowell was run over by a hansom cab in 1904 and is thought to have died of complications a few years later. Maurice Ravel was hit by a taxi and eventually died from the subsequent surgery. In 1890, Cesar Franck was riding in a cab when it was struck by a horse-drawn carriage. 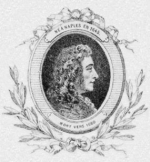 Affairs figure prominently into the equation, as well. Alessandro Stradella (d. 1682) allegedly settled in Genoa in an effort to hide from hit men hired to kill him after one illicit tryst, only to be struck down by assassins put up for the job by another romantic rendezvous. In the 12th century, French troubadour Le Chastelain de Couci died en route while making a pilgrimage to Palestine. His heart was sent to his mistress, whose husband, having received the parcel, made her eat it instead. Marc Blitzstein was stabbed after attempting to pick up three sailors in Martinique. One of Britain’s greatest early composers, Henry Purcell, is rumored to have died because his wife locked him out after one too many late nights out.

The other tale around town is that Henry Purcell was, in fact, murdered — with compromised chocolate. Over a hundred years later, Domenico Cimarosa managed to escape a politically motivated death sentence in Naples only to die in Venice of the aftereffects of prison, which led to a rumor that he had been poisoned. Yet, not all poisoned composers were victims of vengeance. One autumn day in 1767, Johann Schobert was out foraging and insisted that a particularly lethal mushroom was edible; sadly, it was not. Belgian composer Guillaume Lekeu (d. 1894) died a shockingly early death as a result of typhoid-infected sorbet.

Some composers’ lives share a bizarrely cinematic end. Unusual stories vary from the carbuncular (Alban Berg was taken out by attempting to pop a bee sting with scissors; Alexander Scriabin contracted septicemia from an infected boil, caused by a shaving cut) to the absurdity of war: George Butterworth, the English composer best known for the song The Banks of Green Willow, was shot down by a sniper in the Battle of the Somme in World War I; Anton von Webern, unaware of the curfew in post–World War II occupied Austria, was shot by a startled American soldier after lighting a cigar outside, in September 1945.

A Touch of Drama 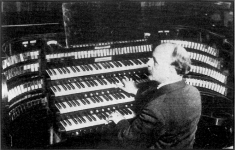 Some composers’ lives share a bizarrely cinematic end. French organist and composer Louis Vierne (d. 1937) passed away while fulfilling his lifelong dream, dying at the organ of Notre-Dame de Paris, leaving a low E sustaining throughout the cathedral. After a long dance with Soviet authorities, Sergei Prokofiev expired the day Stalin’s death was announced, in 1953. His body couldn’t be moved for three days because of the crowds coming to view Stalin’s body. After missing his liner back to Spain following a 1916 U.S. tour, Enrique Granados and his wife caught another ship, which was torpedoed by a German U-boat. Despite his lifelong fear of water, Granados left what would ultimately have been the safety of his cabin and dove into the water, in a futile attempt to save his wife.

And in what may be the biggest irony yet, Carlo Gesualdo, the Italian Renaissance composer of madrigals who is perhaps now better known for his notorious murders of his first wife and her lover than for his music, was consumed by pathological guilt later in life, and died shortly after the death of his son extinguished the Gesualdo line.

Interest in this slightly macabre subject takes many forms, some of them oddly appropriate. Gesualdo’s life has been made into not one, but 10 operas in the 19 years from 1992 through 2010 — including a highly acclaimed one by Marc-André Dalbavie in 2010, as well as entries by famous avant-garde composers Alfred Schnittke and Salvatore Sciarrino. Film director Peter Greenaway wrote a series of 10 opera librettos on the deaths of composers, one of which (Rosa: A Horse Drama, about a fictitious composer) was set to music by Louis Andriessen and premiered in Amsterdam’s Muziektheater in 1995.

Where composers are concerned, however, truth is usually more vivid than fiction.

Jonathan Bibayan likes to write about the peculiar side of the classical music world. For fun. He is also Operations Coordinator for Bay Area radio station Classical KDFC.