It was a refrain that resounded in concert halls around the world. But it took a particularly interesting twist on February 16, when the Valley Performing Arts Center in Northridge presented its 70th-birthday celebration concert.

Everything about the performance was deliberately provocative and off-kilter, from the title — “Adams/Punk Rock/Player Piano Music” — to the onstage placement of the audience, which found itself in intimate proximity to the musicians while staring out at a totally empty, 1,700-seat auditorium.

The concept was the brainchild of wild Up’s director/conductor Christopher Roundtree and VPAC’s new executive director, Thor Steingraber, former senior vice president of the Kimmel Center in Philadelphia and vice president of programming for the Los Angeles Music Center.

The audience was not large, maybe 150 at most. But what was fascinating was the demographic. There were the Usual Suspects, the diehard supporters who are there for every new music concert. There were people from the San Fernando Valley, for whom this was a local event. And then there was a large group of enthusiastic young people. They may not have known a thing about America’s original “Bad Boy,” George Antheil, but who likely had at least passing familiarity with postpunk and experimental rock of groups like Deerhoof and Dog Faced Hermans!

As Christopher Roundtree noted in the program, “It’s all about the intersection of classical music, new music, performance art, and pop.”

It certainly is in L.A., where half the audiences for the L.A. Philharmonic’s 12-hour marathon, “Noon to Midnight,” in November were Gen Xers and Millennials. That’s so cool! It reminds me of the days when Kronos would follow up a performance of Bartok quartets with Jimi Hendrix’ “Purple Haze.” 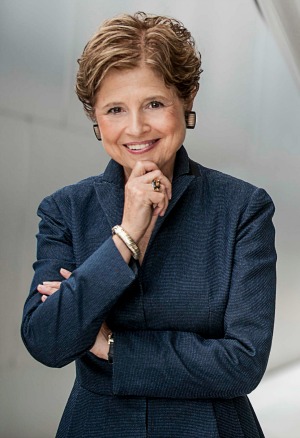 “One reason why,” says Deborah Borda,” the L.A. Philharmonic’s president and CEO, “is that contemporary music is not nearly as doctrinaire as it used to be. As great as they were, the years of Milton Babbitt, Elliot Carter, and Roger Sessions are over. It’s a different ethos now that crosses borders and is more accessible. I don’t mind saying that a new work is accessible. We want people to come. I also think,” she adds reflectively, “judging by the period we’re entering, there are going to be a lot more pieces with a distinctly political message.”

Bob Attiyeh was a young man when he began attending Betty Freeman’s musicales with his mother. Today he is a producer at Yarlung Records, which specializes in high quality live recordings. As stated on its web page, the Grammy Award-winning label “brings fresh musicians to the classical music world using minimalist audiophile recording techniques to deliver sound as close to living performance as possible.”

The Yarlung library includes a wide variety. There’s music by James Matheson conducted by Esa-Pekka Salonen with the Chicago Symphony; Antonio Lysy performing music from Argentina; “Inner World” music by David S. Lefkowitz; and an on-location recording of Men of Dharamsala featuring the Monks of the Nechung recorded at the Tibetan Institute of the Performing Arts in Dharamsala, India. They even press recordings on vinyl.

“Music has the unique ability to bring together cultural threads, especially during moments of emotional stress,” Attiyeh says. “And recording is a part of the overall scene. There’s an audiophile community around the world that will spend half a million dollars on a stereo system but never go to a concert! They’re not supporting the Philharmonic or the Opera. They’re buying speakers or spending $10,000 for a cartridge. We have been trying to attract some of these people to our live-recording concerts.”

It’s all about reaching out.

“It’s important not to have to go to the same funders over and over and over,” says Attiyeh. “We’ve found that reaching out to new audiences and would-be patrons keeps us honest. It focuses us to make our case in fresh ways. Part of the reason New Music has become hip is that it’s not as exclusive as it used to be, so intellectually inward. It’s expressionistic in the way it combines different genres.”

“All new nonprofits make the same mistake,” observes Patrick Scott, co-founder of Jacaranda. “They don’t know anyone to put on their board, so they put their friends on their board. They have no way to make financial expectations of these people. So they don’t. Right from the beginning you need to establish a “Give or Get” system. There has to be an assumption that every board member will either give a certain amount or solicit a certain amount. Now the language has evolved to Give and Get. You can’t rely on ticket sales. Approximately 70 percent needs to come from other sources.”

“It’s a passion for the new. And it’s an L.A. phenomenon,” he says. “I’m under constant pressure from local composers to present their work, even though we have a policy that we do not do world premieres, except by very well-established composers like David Lang. Otherwise it’s a leap of faith. I admire other people for taking it, hoping that a work will have an afterlife and find its way into the repertory.”

As a serious commissioner of new works, Raulee Marcus says, she has a specific set of criteria that she follows.

I like shaking up the status quo. And I like supporting those composers that want to shake it up. I also like providing the seed money for a project’s first iteration. I also want to have some assurance the commission will have legs. We (my co-commissioners and I) don’t want a work to only have one performance. So, when we get ready to commission a piece, we talk about how we can plan for a second, a third, a fourth performance. We try to build that into the commission. It’s a process that involves networking and collaboration.

In Los Angeles the Philharmonic clearly represents the top of the new music pyramid.

“The Green Umbrella” is now the largest contemporary music concert series in the country, possibly the world,” observes Deborah Borda. “We now average 1,500 people per concert. Next season we have scheduled 23 commissions, 22 world premieres, six U.S. premieres and two West Coast premieres. Of those, nine are part of our orchestra subscription. And they’re not five-minute fanfares. Because of our size, we have the ability to commission young composers for the Green Umbrella Series. [FYI, the name was coined by former Philharmonic president, Ernest Fleishmann.] But we can also commission major works from John Adams, Esa-Pekka Salonen, or Thomas Adés.”

In the current world of big-bucks professional sports, the Los Angeles Dodgers are famous (or infamous) for their use state-of-the-art analytics. Their computer tracking system of statistical analysis can determine every aspect of a player’s history from his on-base percentage with a runner on third, to his propensity to incur a specific injury. Go to Dodger Stadium and the computer knows how many Dodger Dogs you ate.

It’s this same strategy, Deborah Borda says, that is now being employed by the L.A. Philharmonic.

“How do you expand your patron base?” she asks rhetorically. “Analytics. Who are our patrons? They’re the people that go to our concerts. It sounds very simple, but that’s where you have to start. You have to be able to analyze your patron base and move from there. We can track every person that buys a ticket or makes a donation. We can see who was interested in any given concert. Today marketing and development are totally intertwined. You need research and sophisticated ways of reaching people. We make music. But we live in a digital age.”