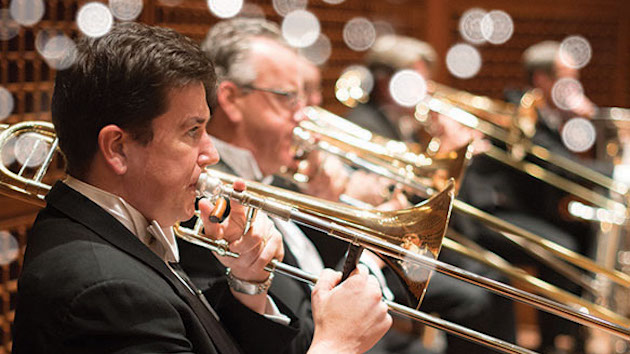 The San Francisco Symphony goes all in on the holidays and this year is no exception. A lot of the favorite traditions are back along with novelties. Here are a few highlights. For the full calendar, go here. 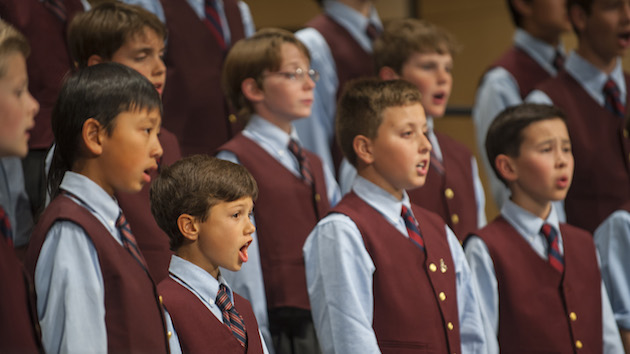 Choruses and Caroling and Holiday Pops

San Francisco Bach Choir: Christmas by Candlelight (Dec. 2, 3, Calvary Presbyterian Church):  The chorus processes through a dark church carrying candles to start off this concert, featuring the early music band The Whole Noyse. This year, in addition to carols, there’s a world premiere commissioned from Oakland composer Ted Allen. If you’ve never seen it, you should.

Ragazzi Boys Chorus: Ubi Caritas (Where there is love) (Dec. 2, 3, 10): Peninsula-based Ragazzi is doing three performances (Palo Alto, Burlingame, San Francisco) of this concert which is conceived around the Gregorian chant “Ubi caritas” and includes settings by Ola Gjeilo and Paul Halley, as well as other devotional works. And then, a carol fest, with audience participation.

Marin Symphony Holiday Concerts (Dec. 2, 3, 12): The Marin Symphony Chorus does its own holiday concert by candlelight, with the Marin Girls Chorus. Then, nine days later, the orchestra weighs in with its holiday pops concert.

Chanticleer: A Chanticleer Christmas (Nov. 25- Dec. 23): The one Christmas concert to rule them all. This men’s chorus is one of the best and their Christmas program is a tried and true favorite, featuring music from throughout their very expansive repertory. If you haven’t caught up with this group, they’re helpfully scheduling 12 performances around the Bay Area this year. They’re also performing in L.A., New York, Chicago, and a few other places besides.

Kitka: Wintersongs (Dec. 7-21): This popular musical celebration of the power of community singing, takes advantage of the position of Eastern Europe as a crossroads of religious and musical traditions. The women of Kitka have mastered repertory from all over and include everything from Sephardic songs to Eastern Orthodox sacred choral works; to Baltic pagan incantations for the return of the Sun Goddess, to Romany tunes and much more, some in arrangements by choir members.

San Francisco Choral Artists: A Rebel’s Christmas: Martin Luther’s Musical Reformation (Dec. 9, 10, 17): Once again, Magen Solomon’s group wins the derby for best holiday musical programming. This concert explores the changes wrought in liturgical music by the Reformation, which is 500 years old this year. That’s a lot of tradition to explore, but SFCA promises to make it all the way into the 21st Century, and leave time over for audience sing along – not merely carols, but also famous Lutheran hymns like “From Heaven on High.” Historian Stephen Wilson narrates the concert.

San Francisco Girls Chorus: Greetings From All Seasons (Dec. 18, Davies SH): Collecting and sharing stories from the choristers themselves, SFGC weaves a holiday tale that “ranges from Beltane to Luminaria to Hannukah to Victory Day to Holi to Nawrouz to Christmas, from Mexico to Haiti to Syria to Ireland to Armenia to China.” There’s room for a premiere by Richard Danielpour but, with hundreds of choristers taking the stage, and only one performance, there may not be room for you, unless you order your ticket early. 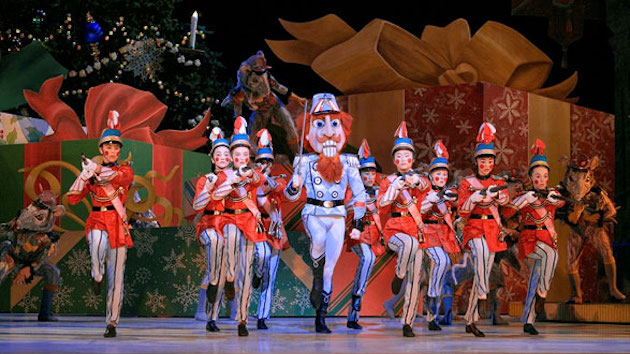 San Francisco Ballet, (Dec. 13-30): Yeah, it’s expensive, but oh, so special. If you arrive early, to special Family Performances, you can take a picture with one of the characters. Knockout sets, costumes, a wonderful cast: They do 30-plus performances of The Nutcracker every year, for a reason.

Symphony Silicon Valley (Dec. 15-24): It’s been three years since San Jose had a Nutcracker with full orchestra accompaniment. SSV takes on the task, bringing in Stars of Moscow Ballet Company to dance it, while the orchestra, directed by George Dougherty, plays the Tchaikovsky score.

Oakland Ballet (Dec. 23-24): A fine performance at very affordable prices, plus the Oakland Symphony playing the score live at the Paramount Theater. You can get a VIP package that includes a ticket to the Sweet Dreams Party that allows you to mingle with the cast.

Smuin Ballet: The Christmas Ballet: Not Nutcracker, but still Christmas-themed, Michael Smuin’s conception allows for tradition to be updated yearly. This time, Rex Wheeler presents “We Three Kings,” based on the famous carol; Nicole Haskins brings classic Sinatra to the table; and Smuin’s finale gets a makeover, set to The Drifters’ recording of “White Christmas.”

Mark Morris’ The Hard Nut (Dec. 15-24): This hilarious, yet curiously faithful adaptation of both Tchaikovsky and the original Hoffmann story, is back at Cal Performances this year. It’s been a while since it’s last appearance, so if you haven’t seen it, definitely take this opportunity.

Dance-Along Nutcracker, (Dec. 10-11): The San Francisco Lesbian/Gay Freedom Band started this as a fundraiser, but now they do it at Yerba Buena Center for the Arts, and every time they do it with a different “zany” story scripted by one of their members. It’s now a three decades-old tradition. This year, it’s “Nutcracker’s of the Caribbean,” a piratical tale of the search for Peg Legs Tchaikovsky’s buried treasure. 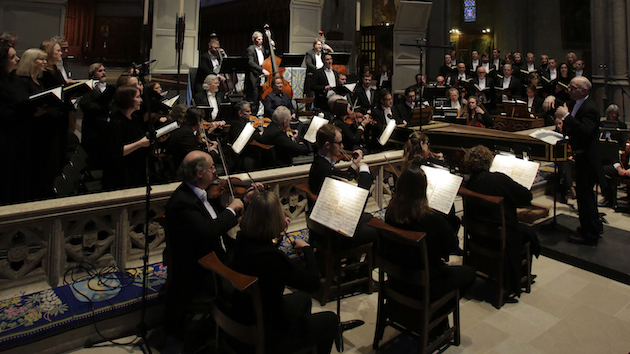 Philharmonia Baroque Orchestra: Handel’s  Joseph and His Brethren (Dec. 14-17) Here's another rarely performed Handel oratorio to go with all the Messiahs. Handel specialist Nicholas McGegan has done almost all the oratorios with PBO, and the lesser-known ones are a special treat, and make you realize that there aren’t any “minor” Handel oratorios. McGegan has a roster of excellent soloists including Sherezade Panthaki, Nicholas Phan, and more. As usual, the orchestra will present a series of performances of Messiah Dec. 8-10, in San Francisco Berkeley and Rohnert Park.

American Bach Soloists: Messiah at Grace Cathedral (Dec. 13-15):  Messiah is an ABS specialty, and their interpretation is lighter and more dancelike than others, but the musicians shine and their attention to detail means that the music is fresh and alive every year. And the location can’t be beat. It was a Best of the Bay 2015 pick of SFCV readers.

Voices of Music: Virtuoso Italian Concertos (Dec. 16-18): From the inexhaustible trove of Italian Baroque concertos, VoM founders Daniel Tayler (lute) and Hanneke van Proosdij (keyboards, recorders) bring you Domenico Sarro as well as Geminiani, Vivaldi and the Bach dude (weighing in with Brandenburg No. 6). The usual suspects from the early music community for this small group and their rapport results in performances that are just otherworldly. 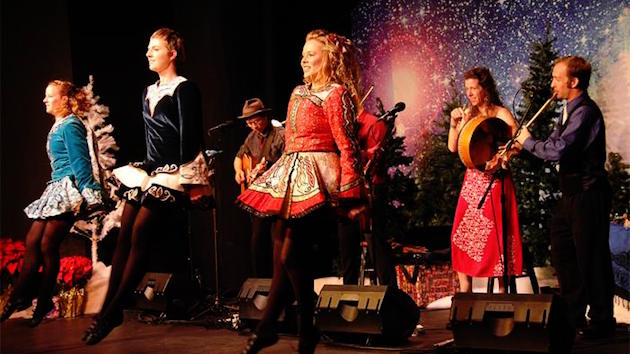 Oakland Symphony: Let Us Break Bread Together (Dec. 10): Michael Morgan’s inspired, multifarious, musical bash is graced again by the irresistible ardor of Terrance Kelly’s Oakland Interfaith Gospel Choir. Among the selections this year are musical tributes to Prince and Leonard Cohen, two irreplaceable, brilliant American musicians. And by the way: the top ticket price is only $60. In this year of turmoil, the wide-ranging inclusiveness is more irreplaceable than ever. SFCV’s only complaint, issued annually: There’s only one performance! 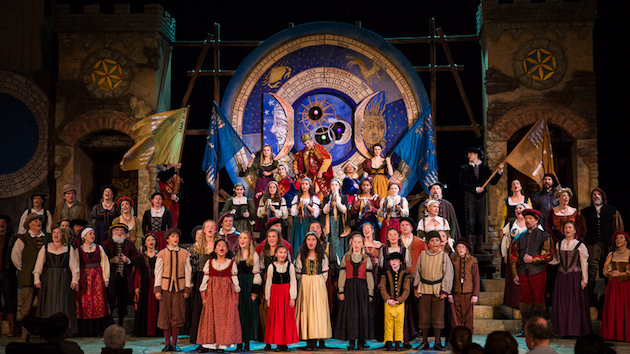 Community Music Center: December Fiesta (Dec.8–9): At the Community Music Center, a concert of traditional year-end songs and Christmas carols from Mexico, Spain, and Latin America will be followed by a little fiesta, complete with hot chocolate, tamales, a piñata, and live salsa music for dancing.

SFCMP: Phil Kline’s Unsilent Night (Dec. 9): This free holiday event is linked to other Unsilent Night celebrations around the world. The original composition by Phil Kline, written specifically to be heard outdoors in the month of December, takes the form of a street promenade in which the audience becomes the performer. In San Francisco, participants in this interactive “boombox parade” will gather in Dolores Park at 5 p.m. and then stroll a well-chosen route through the city. Read our story about the project to learn more.

The Christmas Revels: Scottish Celebration of the Solstice (Dec. 8-17): The Revels blends traditional music, dance, ritual, and folk plays into a program presented by a large volunteer chorus of children and adults drawn from the community along with a number of highly talented professional actors, musicians, artists, directors, and “bearers of tradition” from many cultures. This year, the Revels visit Scotland: “Be there for haggis and Hogmanay, first-footing, wool-waulking, mouth music, and even Guising! Of course, the Lord of the Dance will welcome you, and the Abbots Bromley Antler Dance will cast its mysterious spell.”