The Eureka Symphony is a 25-year-old startup in a town that is itself a perpetual startup, and perhaps surprisingly, longtime bedrock for the arts. Humboldt County, with a population of 135,000, is filled with artists, indeed more artists per capita than any other county in the state. Add the Morris Graves Museum of Art, several art schools, a light opera, a repertory theater, a handful of small theaters, the Eureka Symphony, and a growing number of retirees fleeing California’s “Southland” looking for modest housing prices.

On the other hand, local ranch prices are skyrocketing in anticipation of legalized marijuana. A scuttlebutt estimate is that in Humboldt county sixty to eighty percent of business is directly or indirectly dependent upon the marijuana crop. 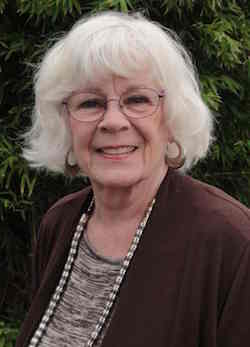 “Eureka is a little schizophrenic,” Jane Hill told us the other day, referring to the mix of lumberjacks and fisherman, fingerboard types and retirees. Hill is the executive director of the Eureka Symphony. Before taking the job in 2014, she had served for two years as the interim executive director of the Sacramento Philharmonic, which in those years was recovering from financial calamity. Before that, she was with Opera Omaha. She spoke about her management adventures in Eureka.

What’s significant here, and representative of this niche in the classical music world, is that Jane Hill has become an accomplished executive in a field in which progression reflects experience, not academic training. There are but a handful of schools in this country that offer comprehensive programs in orchestra development or management. New York University is perhaps the best known, along with the University of Wisconsin at Madison, and the Cincinnati Conservatory of Music.

The Eureka Symphony hosts five concert weekends a season with two performances each weekend. The business is managed by Hill and a part-time staff, including a 20-hour-a-week administrative assistant, a contracted music librarian, and a contracted personnel operations manager. Carol Jacobson is the symphony’s music director for the past decade.

“We don’t pay anybody very well,” said Hill. “Pennies, but we pay as much as we can and we are keeping our audiences growing. My one goal in the 32 months I’ve been here has been to try to bring operations up to level of the music. I really took it on only because I thought I could support the town’s musical ambitions.”

Hill’s approach is this: “You have to accept the fact this is never going to be a cheap art form. It’s like ballet and theater, it’s too people-heavy and even if you have a community orchestra where you’re not paying them or you’re offering a small stipend, it’s still expensive. It probably costs us $30,000 a weekend between the theater rental, the tech people, and the ticketing costs. Our budget this year is $212,000, not including a $25,000 commission for a Libby Larsen piece, Dancing Man Rhapsody “ — which debuted Oct. 7.

Hill’s notion is that a programming strategy must be flexible and relevant but also ambitious. “Any small town orchestra having to focus on Pops concerts, film music, and country and western music to stay alive — I shouldn’t be critical but I really believe this — to me that means they’ve chosen to limit what they think the audience will buy, with the result that no one is paying close attention to broadening the classical-music taste and interests of the audience. Or the potential audience.” 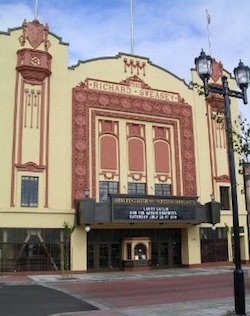 Shortly after taking up her position, Hill reconsidered ticket prices, which were $29 for seats along the edge of the orchestra section. Too much for a town like Eureka, she decided, and promptly dropped the price to $19. She also found new outlets for distribution. One was to give a local radio station 40 tickets in these $19 sections and let the station sell them for whatever they wanted. The idea was that they keep the proceeds and, in return, credit the symphony with an equivalent amount of advertising.

Another idea was the “heavenly discount” coupons: 10 tickets for $111, including service charges, which concertgoers could use all at once or split up or give away to friends. At the box office, the coupon got you the best-available seating.

“I’m doing a lot of experimenting,” said Hill. “I don’t comp heavily because I think people value what they pay for. And when I see how our audience is growing, and I see that the increases are coming largely from these $19 tickets, then I see a way to go.”

Hill notes that people fight like crazy for the 84 seats in the loge section; tickets go for $49, the priciest ticket in the house, and she intends to raise the price by $5 every year. “They actually have turf wars,” she said and gave an example of a major donor who didn’t order his season tickets in time and so lost his loge seats, which led to endless negotiation.

“In coming from Sacramento to Eureka,” said Hill, “I traded union and management issues for community politics.”

On Asking for Money

Hill has also been exploring new ways to attract sponsors.

“I always go to my sponsors and ask them if they can help me solve this kind of problem. One of them told me that Subaru had a partnership with the National Park Service, which is celebrating its 100th anniversary this year. We had considered that as a hook for the last concert, so I enlisted two board members and met with the Subaru dealer, with the idea of tying them to the concert. They ate it up and sponsored the concert. Carol designed a program of Aaron Copland and Ferde Grofé, among others.

“It all made sense for several reasons,” Hill added, “not least because when I go out on the road and talk about the symphony and our sponsors I can talk about Subaru being the only car company in American with a totally green manufacturing plant (which is in North Carolina), but the point is that Subaru doesn’t use that in their regular commercials because there are other things they want to point out. But in this market that ‘green factor’ is very important, and even if Subaru doesn’t, I can stand up on a stage and talk about that. So it serves both them and us.” 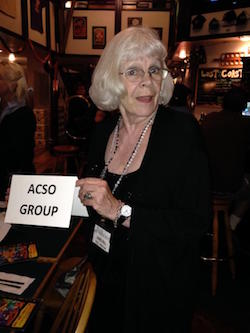 Hill has no reservations about asking for money. “This is always the issue with boards, and I always tell people, ‘We do not go out there looking for support for these arts organizations as beggars; we’re offering people an opportunity to invest in something that’s wonderful for the community.’ If you have a professional development officer, they know that stuff; they know people don’t give you money because you need it. But many community board members don’t know that and they have never been involved in fundraising, and they are so often terrified. You hear it all the time, ‘Oh, I can’t ask my friends or business to contribute — I just can’t do that.’ That’s why I no longer call it ‘fundraising,’ but instead, ‘resource development.’ It doesn’t scare people as much.”

Which brought to Hill’s mind Kay Sprinkle Grace, the San Francisco author and guru on the subject of philanthropy. She’s also on the governing board of the Philharmonia Baroque Orchestra. Said Hill, “She wrote the definitive book on boards and made the point that board members have to be first ambassadors but also advocates and askers. Now every board member doesn’t have to be all three, although naturally you want them all to be ambassadors and advocates, but some people have to be askers too.”

“I’m always looking for interesting problems,” Hill told us, “and my greatest strength is probably ignorance.” By which she meant that often executives in the arts try to approach audiences and donors on the basis of being an expert.

“But I’m not an expert, so, for example, when I raised money for Opera Omaha I knew very little about opera but that gave me credibility because I could say to sponsors and audiences, ‘look, I’m not an expert, but I can tell you about all the ways you can be involved in this art form, and how little you have to know to experience it.’ That’s different than saying, ‘This is going to make you more ‘culturally aware.’ My sense is that you yourself will find out what appeals to you and you don’t have to enjoy it on any other basis.

“The revelation for me as a director has been, don’t pretend to know more than you do, and don’t assume the role of others. Don’t usurp ...”

Hill tells the story of the time at Opera Omaha 15 years ago, when they did a production of Faust. The show was sold to local high schools on the basis that it was going to be in French and this might appeal to students studying the language. But then one of the minor, walk-on characters who had worked with the company for 10 years quit, claiming he was being asked to simulate homosexual sex during a choreographed scene on stage. He just could not do that. The result was uproar in the company.

“So immediately I sent letters out to all the high schools that had bought tickets and explained — not suggesting there was anything questionable — but that this was an exciting contemporary staging and there were some things that parents might find a little edgy ‘and if you wish to cancel we will gladly return your money.’”

Hill and the music director, Hal France, had a long discussion about how to resolve the matter, including trying to persuade the director of the project to tone down the production.

“But we decided that, no, we hire directors and give them artistic license to do as they please. And it’s our job to prepare audiences ... not to ask directors to color what they’re doing by what we think our audiences might object to.”

About half the high schools wanted their tickets back, and were appreciative to have received a warning

Acting out of some desperation to replace the lost audience, Hill approached every church in the area, with the idea that Faust is an opera about Christian ideas of good and evil. The strategy worked: Church groups readily replaced the lost audience. 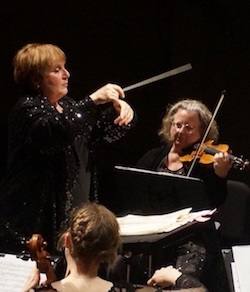 For Jane Hill one takeaway from the experience was that you shouldn’t meddle with the artistic choice you’ve made. “You hire these people and you back off and you let them do what they do best. You don’t second guess them or start advising them. You always have their back. And if you’re not willing to surrender complete artistic control, don’t hire them.”

“The other thing I learned is, ‘stay awake.’ If there are people who need to know that something you’re presenting raises a question, then simply tell them. You don’t have to apologize. You just need to say, there are something here you need to be aware of, and we’ll work with you,”

Hill never considered taking the issue to her board. “It’s the job of the artistic director to choose the season and the board doesn’t get to pick and choose what’s in that season. What they get to do is approve a budget and if they see something that alarms them, hopefully not because of content but cost, they can ask for another version. And just as with the artistic director, they shouldn’t be challenged either …

And when you’re the CEO,” she added, “your job is to defend the integrity of all the parts of the company.”