So you think Victor Herbert’s Natoma (1911) (number 6 in last week’s list) is as bad as it gets in operatic librettese? Read on, pilgrim. 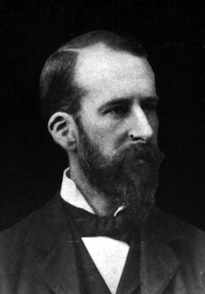 In the 1890s, the great pianist-composer Isaac Albéniz was living in London. His single patron in England, Francis Money-Coutts, the heir to a banking fortune (no, I’m not making that up), was also an amateur poet and thus a collaboration was born. Money-Coutts wrote the texts of a number of Albéniz songs, as well as the libretto for a comic piece, Pepita Jimenez, which shows that Albéniz’ musicianship could transfer to the stage very effectively.

Then the pair turned to Money-Coutts’ secret obsession, a trilogy of operas on the Arthurian legends, dipped in Wagner sauce. The first of them, Merlin, follows Thomas Malory’s Morte d’Arthur except for the manner of Merlin’s final imprisonment. In this version, Merlin visits gnomes to steal their gold, the better to break up the Arthur–Guenevere engagement. (OK, I don’t get it either.) He needs to enchant them via dancing, so he calls Nivian, here a Saracen slave-girl.

Long story short: The ploy works, but Nivian also enchants Merlin and begs him, “I pray, grant me to hold your rod.” So he gives her his magic wand (why, what were you thinking), which she promptly uses to imprison Merlin forever in the gnomes’ cave.

All Hail (Or to Hell With) Poor Opera Librettos

The real sin of the libretto is in the actual lines. They have to be in the running for worst librettese, and would have Thomas Malory spinning in his grave: “Orgulous boys with spite so dreadly/Dare to say what they list to say!” The good thing is, the syntax and vocabulary are so archaic that they would never be understood in a theater.

Life really is too short to waste: Albéniz died in 1909, four years after giving up on the second of the Arthur trilogy operas. He wrote Iberia, his greatest musical testament, instead. Merlin languished for 100 years before being resuscitated by the musicologist José del Eusebio, who also got the other Albéniz operas performed. As you might expect, there’s good music in it, but not enough to save it from the curse of Money-Coutts’ amateur verses. 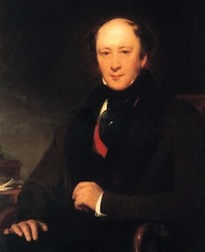 Despite the fact that he was dying of tuberculosis, Carl Maria von Weber accepted an opera commission in 1825 from the famed English actor/manager Charles Kemble. Fresh off the libretto-disabled Euryanthe (1823), Weber must have thought that his dying would be the best way to ensure a smashing theatrical success.

Boy, was he wrong.

The source material for this opera was a 1780 German epic poem, also named Oberon, by Christian Martin Wieland. The poem mixes up a medieval geste, Huon de Bordeaux, with an Oriental fantasy as well as Oberon and Puck from Shakespeare’s Midsummer Night’s Dream, who appear to have crash-landed with no idea how to get out of the story. J.R. Planché’s libretto only makes their problem worse:

Fatal vow! — not even slumber
Can thy victim’s torture tame!
Of my woes it swells the number
Of my wrath it feeds the flame!

Yet Oberon’s quarrel with Titania is only a framing device, so he and Puck quickly get on with the business of moving the so-called plot along. They find Huon the hero tramping through the forest: “Proud of my father’s name/The only mistress I adored,/My only passion — fame, fame, fame!” (“If I only had a brain, brain, brain”?) — and whisk him off to Baghdad to romance and abduct the Caliph’s daughter, Rezia. Then they have the lucky pair shipwrecked and attacked by pirates, before putting them to sleep so that the elves can enjoy a divertissement of mermaids and fairies.

Let’s not get into Act 3, because it’s too ridiculous. From his sickbed, Weber raised a few objections — too many characters who don’t sing, no music cues at the big dramatic moments. Wasn’t this bound to weaken an opera? Well, you see, the English don’t really like opera, replied the energetic Planché.

Weber died in England, aged 39, barely a month after the premiere of Oberon, in 1826. And no, the news of that event could not save the opera. Weber is remembered today for his instrumental music and as the composer of Der Freischutz, which shows what he could do with a first-class libretto. 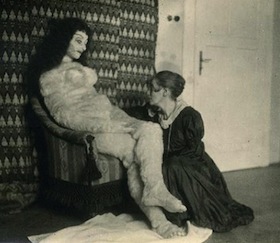 Worst. Title. Ever. What kind of misogynistic freak would come up with such a play?!

Meet Oskar Kokoschka, a misogynistic freak hailing from Vienna, Austrian Empire. Oskar enjoys painting anorexic models, and expressionism. After his affair with (who else?) Alma Mahler came to an end, Kokoschka had a life-size doll made of her but found that it could not fulfill his obsessive sexual fantasies. He repeatedly painted and sketched the doll for a few years and then decided to destroy it, since all of Dresden (where he was now an art professor) was talking about it. So he threw a party, got drunk, and at dawn took the doll out into the garden where he beheaded it and broke a bottle of red wine over the head.

Seems Kokoschka was just the type of guy to be struck by fellow-misogynist Otto Weininger’s Sex and Character (1903), a mythology of human sexuality in which maleness is presented as spiritual and positive, and femaleness as negation.

Weininger was a brilliant student who, in the same year as publishing this book, committed suicide, aged 23, in the rooming house where Beethoven had died. The notoriety surrounding his act made the book a success. Kokoschka’s play, performed in 1909, is an allegory of the sex act based on Weininger’s mythology. If you guessed that it’s pretty dark and feral, that’s good — you probably won’t be shooting yourself anytime soon.

So why did Paul Hindemith decide to set this tripe as an opera in 1919? Because dark and feral were just the qualities a young modernist would be looking for in a libretto back then. Shocking the bourgeoisie bought you great press at the time, and a riot had even greeted the premiere of Kokoschka’s play. But at one act, it is rather short, so Hindemith later composed Sancta Susanna, based on another bad play about sexual hysteria in a convent.

Luckily for him, and us, Hindemith soon stopped working the Viennese-expressionist vein, and became a much more listenable composer — eventually a great one.

2. The Story of a Real Man (Socialist Realism Division)

This slot in the list properly belongs to Andrei Zhdanov, the secretary of the Soviet Union’s Central Committee, with an able assist from Joseph Stalin. Without them, The Story of a Real Man would not have come into being, at least in its present form.

Sergei Prokofiev composed this opera partly because he hoped to see his War and Peace grand opera performed, whose second act had been censored by the authorities with no reason given. In 1948, he was denounced (along with Shostakovich and Khatchaturian) for excessive formalism by Zhdanov’s arts committee, so Real Man also offered a way to rehabilitate himself with the regime. Prokofiev would be very careful to tow Zhdanov’s new line. 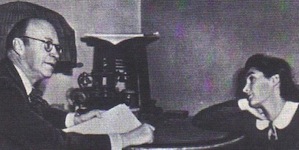 The libretto by Prokofiev and his wife, Mira Mendelson, is based on a true story, recounted in a popular novella, in which a young fighter pilot who has lost both legs is inspired to return to active duty, with new prosthetic limbs. As an example of the total effort it took for Russia to defeat Nazi Germany, this could actually be a good libretto.

It’s not, because of its propaganda-heavy storytelling and dialogue, much of it lifted straight from the novella. The key scene, as translated by Richard Taruskin in his article in the Grove Music Dictionary, occurs in a convalescent ward when a kindly commissar hands the airman a story about a Russian World War I ace who returned to combat after losing a leg. To each objection the pilot makes, the commissar responds, upliftingly, “But you’re a Soviet man!”

The creators were careful to fill the libretto with folksongs and choruses, just as the Communist Party’s “Resolution on Music” required. All to no avail: The work was suppressed, Taruskin surmises, because of this “wealth of genre detail at the expense of heroic rhetoric.” Such arbitrary decisions were the hallmark of Soviet arts policy, indeed of life under Communism. For a tainted artist like Prokofiev, there could be no victories. 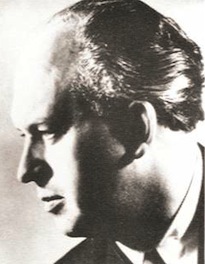 As a student of Arnold Schoenberg and his 12-tone composition method, Winfried Zillig must have been aware that his career under the Nazi regime might be short and undistinguished. Actually, he prospered as an opera conductor and as a composer, with a number of well-received premieres. The Sacrifice (1937) was a conspicuous failure, not because of its music but because of a bizarre libretto that wins (against heavy competition) our award for Worst Opera Libretto Ever.

The story is based on the ill-fated Scott expedition to the South Pole in 1912. Beset by extreme bad weather, the entire group perished of starvation and cold (though Scott became a hugely popular figure, posthumously.) So that’s problem number one, which Zillig and his librettist, Reinhard Goering, solved by having some members of the expedition survive. In their version, only one team member, Oates, dies, sacrificing his life by walking into the wilderness, so that the others might live (hence the title).

But then they took a step toward the demented. In an attempt to curry favor with the Nazi regime, the creators decided that the Anglo-Saxon heroes must conquer, not just nature, but the envious subhuman races, as well. But of course none of those happen to be living at the South Pole.

This is where the penguins come into it. Yes, these vicious birds have it in for the brave explorers, and they express their rage in several choruses. Bad weather is their ally, and when things look darkest for the expedition, they joyfully dance the “Siegtanze der Pinguinestamm” (Victory dance of the penguin race). Of course, in the end, their hopes are dashed and the superiority of man over flightless waterfowl is affirmed

It’s too bad, in a way, that this opera is unrevivable: It would be fun to see one of our fine baritones, say Nathan Gunn, beset by angry birds. But I’m afraid we’ll just have to be satisfied with the story, which I got from my grad-school apartment-mate, Gregory Dubinsky, whose dissertation research on 12-tone music between the World Wars turned up more than a few fascinating details. He may never make a million dollars, but he’s got at least one story he can dine out on.