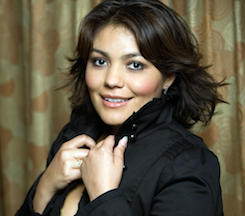 The 37th annual Richard Tucker Opera Gala on Thursday will honor the memory of the great tenor (1913-1975) by enhancing careers and celebrating today's stars.

The program will be telecast at 6:30 p.m. EST from Avery Fisher Hall on PBS. Locally, KQED ch. 9 will show the program at noon on Sunday; KQED Life at 7 p.m. Monday.

Audra McDonald will host the telecast, which includes a feature on Pérez, and backstage interviews with the artists, including tenor Stephen Costello, Pérez's husband.