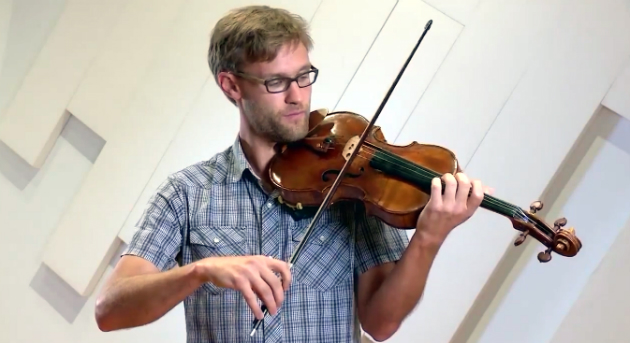 “The zone” is that never-never land you go to when you’re at the top of your game. The expression is often linked to sports. Of the great athletes who go to the zone regularly, you think of Golden State Warrior Stephen Curry, dancing hip hop-like on the three-point line, especially the other night in the fourth quarter of Game 5 of the 2015 NBA finals. Or 49er Quarterback Joe Montana in the last three minutes of Super Bowl XXIII, even in the most desperate moment with his Mona Lisa smile.

Of course, what makes the “zone” special is that it’s a deliriousness, a state of unconsciousness really, even beyond happiness. It’s the BASE jumper’s sensibility; no longer thinking of technique or where you are or when you’ll arrive. No longer aware of “process.”  Just lost in the doing, in freedom, itself.

Which is finally the reward.

The term “In the zone” is attributed to the Hungarian psychologist Mihaly Csikszentmihalyi who described the idea in his 1990 book, Flow: The Psychology of Optimal Experience. He teaches at Claremont Graduate University, and was quoted to say once, in a much more generalized context: "Repression is not the way to virtue. When people restrain themselves out of fear, their lives are by necessity diminished. Only through freely chosen discipline can life be enjoyed and still kept within the bounds of reason.”

“In the zone” has little resonance among most musicians but the idea is not foreign. One who does know the term, however, is Jonathan Vinocour, principal violist with the San Francisco Symphony since 2009.  Before that, he was a principal with the Saint Louis Symphony. He is one of the great violists in America.

Vinocour grew up in Rochester, N.Y.; the son of an engineer and a teacher. Science, mathematics, and medicine were household values. The analytic mind was prized. Understanding how things work in the natural world was the goal. Music was encouraged, but as Vinocour remembers it, “My parents didn’t mind classical music so long as my brothers and I had no intention of making classical music a career.”

Initially, he wanted to play the cello but gradually became drawn to the viola. These days he plays a 1784 Lorenzo Storioni (on loan from the Symphony). He was never attracted to a big “outspoken instrument” like a violin. “I wanted to be more in the middle of things, to influence things from inside.”

In the end, despite the elegancies of physics, the scientific world just didn’t feel natural, certainly not in comparison with the way Jonathan felt when he went to chamber music festivals and spent time with other musicians. It was then that he would think very carefully about what would it be like to play music for hours and hours every day, day after day, and become totally involved in the world of music and musicians.

“I finally decided I could do that other stuff,” he told us recently in a phone conversation. “I wasn’t turning away from science or medicine out of fear I couldn’t succeed, but because I was afraid I’d always be wishing I’d played the viola instead.”

Zoning Out and In

Vinocour, who is often reviewed as a thoughtful musician, noted that while “the zone” is not a term in classical music culture, the idea is familiar. His colleagues tend to read The Inner Game of Tennis, the 1974 book by W. Timothy Gallwey, who went on to co-author The Inner Game of Music in 1986. In the tennis book, Gallwey wrote a lot about the dangers of “over trying.”  Which is one of the obstacles to being “in the zone” and associated often with over analyzing the proper way of doing something. “Because I’m naturally analytical, it’s harder for me to get in the zone. It’s harder to let go and reach that unconscious stage where you’re just playing. But it’s something I aspire to all the time.” – Jonathan Vinocour

“Because I’m naturally analytical, it’s harder for me to get in the zone,” said Vinocour. “It’s harder to let go and reach that unconscious stage where you’re just playing. But it’s something I aspire to all the time. I’ve found that the way to do it is to trust that body and mind know what needs to be done.”

Vinocour added that while it’s not necessary for him to be in the zone to play expressively or up to this standard — he’s happy enough outside the zone — still there’s a desire to reach that point where playing just feels “smooth and comfortable.” Interestingly, to get there he has to put aside both emotion and intellect.

“If we’re playing a Mahler symphony, there’s a lot of focus on the playing itself, and I don’t want to allow myself to feel those emotional currents because they’re a distraction. And so I feel them a little more coolly, at a slightly greater distance. And yet I’m very aware of the intensity of the feeling as I’m playing, and I want the audience to share that intensity.”

For Vinocour this is the trick of being a great performer: to trust that you’ve done all the work that allows you to be technically free and then to take that freedom — give yourself that freedom — and express it. The problem is letting the conscious mind intrude.

Vinocour, a faculty member of the San Francisco Conservatory of Music, teaches viola, and from time to time thinks about the zone in regard to his students. Admittedly, playing is finally very private: “Just trying to talk about what goes on inside you when you’re performing makes you vulnerable. I know teachers who, when students ask them, ‘but how do you do that?’ they just say, 'I don’t want to know and don’t get me thinking about it, because then it won’t work.’”

Vinocour feels that fragile magic himself, the man who was finally more interested in exploring the feeling life, and just as we were talking, and the more he tried to describe “the zone” and how he gets there and what that’s like, the more he seemed to sense he was doing exactly the wrong thing. Here he was diluting the magic, violating a musician’s creed, filling up the conscious mind with speculations best left to sports pundits.

“After this conversation,” he said finally, “I’ll need to erase it from memory.”