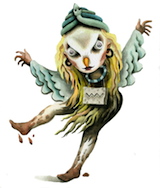 Having enjoyed the exploits of Judith, the decapitating semi-Biblical heroine just a few days ago, our attention now turns to a really bad dudette, Lilith, also from the fringes of the Bible.

Lilith, the Night Demon In One Lewd Act, to be premiered by Veretski Pass and the San Francisco Choral Artists, May 1, 3, and 4 in three Bay Area venues, is about somebody much worse than the killer of Holofernes or even Boris Badenov's Natasha.

The work, says composer Joshua Horowitz, "explores the absurd underbelly of Judaism, and looks at the superstitions and irrational interpretations of the everyday."

Lilith seems to be typecast for the mission. In the Babylonian Talmud and later sources, she is identified as a monster, a demon, Adam's first wife — yes, preceding Eve — who left the First Man, and mated with archangel Samael, called "an accuser, seducer and destroyer." 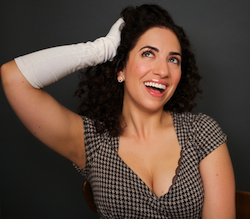 And that's before the worst part: Lilith, killer of children. As a succubus, she was made to roam at night, seeking newborn babies, strangling them in their sleep. Horowitz says:

Superstitions about Lilith were the only protection Jews had against the threat of infant mortality. So the opera is like an externalization of the mindset of paranoid Jews in a world of real dangers. It’s somehow both freakishly hilarious and deeply tragic at the same time.

The work is described by the producers as "a bawdy alternate Jewish story of Creation ... an edgy folk opera." Following each performance of the opera, will be a traditional klezmer dance party with the music for which Veretski Pass is best known.

Michael Wex stars is the narrator, with soprano Heather Klein as Lilith, and bass Anthony Russell as Adam. Under the direction of Magen Solomon, the San Francisco Choral Artists form the Hebrew version of a Greek chorus. Phil Blank has created artwork for the project, culminating in an annotated, illustrated libretto that will be made available at the performances. 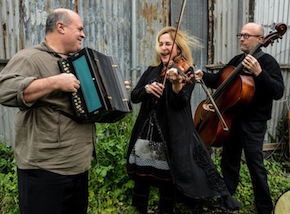 Klein says of the work:

Josh has created a huge work that brings together so many genres — Jewish liturgical, operatic and folk. When I heard the score I was amazed by the character-driven melodies that bring this daring Yiddish and English libretto to life.

The Veretski Pass Trio (named for the mountain pass used by Magyar tribes in the 9th century to cross into the Carpathian basin) plays folk music with origins in the Ottoman Empire. It is a collage of Carpathian, Jewish, Romanian and Ottoman styles, with dances from Moldavia and Bessarabia; Jewish melodies from Poland and Rumania; Hutzul wedding music from Carpathian-Ruthenia; and Rebetic airs from Smyrna.