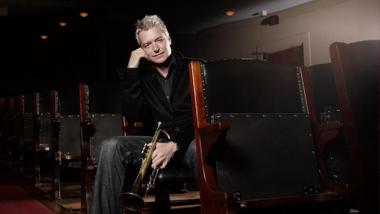 Chris Botti: Have Horn, Will Travel

It takes only a few bars to recognize acclaimed trumpet player Chris Botti’s silky smooth sound, but it took many years of hard work to create it. Botti, 57, has been on the road performing almost continuously for the past 12 or so years, living out of a hotel room in New York and owning no possessions. Over his more than three-decade career, he has toured, recorded, or performed with a who’s who list of top artists in the industry, including Sting on his “Brand New Day” tour, Paul Simon, Joni Mitchell, Barbara Streisand, Yo-Yo Ma, Lady Gaga, Josh Groban, Andrea Bocelli, and Joshua Bell. In 2012, his ninth album, Impressions, won the Grammy for best pop instrumental.

Mostly known as a jazz/pop crossover artist, Botti has carved out his own unique niche in the music world and has worked hard to cultivate a loyal following. He will be performing at SFJAZZ for a six-day run, Jan. 7–12.

Chatting with Botti by phone from New York revealed a serious, hardworking musician who lives to play trumpet and perform.

You have been touring constantly and living out of a hotel room in New York. Why do you choose to do that? Do you ever plan to settle down?

It’s been this way so long, but I finally did just buy a home, and I’ll move in by March. I’m finally going to set down some roots in New York. For 12 of the last 17 years I have been without an address — homeless, and I love it. I think we define our lives in so many ways by our actions and our priorities and I’ve made my action and my priority being able to have the opportunity to perform music. I think you need to have drive and purpose and focus to gather yourself to do that onstage.

Do you think having a home will change your life in any way?

I might cook a meal. I haven’t cooked a meal since ’97, so that would be really cool.

It’s programmed in my DNA — I love performing. The commitment I made to the trumpet when I was 9 years old, when I was in third grade, has been unwavering. It’s a never-ending quest to pay service to that instrument, and that hasn’t changed. And the only way to really feel free on the instrument is to perform and practice simultaneously. That’s all I’ve ever known — that’s what I’ve done for my life, and I’m really into it.

You lead an ever-changing lineup on your tours. What are the challenges?

I’ve been on a 17-year world tour, so everyone changes. If you look at someone like Bruce Springsteen and the E Street Band, they grew up on the Jersey shore together, and they hung out, and they formed a band. Mine isn’t like that at all. My job is to play the trumpet and to be a curator of an all-star band. I’m trying to make it fresh for me and fresh for the audience and give them new stuff. We have crafted out an ability to have our own lane in this musical highway, and that’s important to me.

But sometimes it can get awkward — you realize you need to make a change, and sadly, that’s part of my job. But I look at Miles Davis — he was trying to shine the spotlight on young musicians that he admired, and he went through many, many, many different incarnations of his band, all the way to his death.

Switching players must be musically challenging. Do you use charts for your arrangements?

We never really have any written parts. It generally gets more into the texture and the density and how busy somebody plays — or they don’t play, and how much space we allow in the music. Those sorts of things are what we rehearse or talk about more than anything. There again, that’s where we found our own lane. Some nights it’s just like magic and the other nights — you just keep trying.

Your music combines a lot of different styles. How would you describe it?

Back in the day they called David Sanborn and Pat Metheny and Grover Washington contemporary or adult crossover. That’s pop instrumental, and the other side is the absolute hardcore, pure jazz that goes to the Downbeat reader. Every generation, every 10 years, has some sort of label, but at the end of the day, it really doesn’t matter. The only thing that matters, the only currency you have, is you walk on stage and play, and do you get invited back and is that audience growing?

In late 2001 we played San Francisco and the band outnumbered the audience. Now we have fans for life, because we’ve been able to craft something that’s really unique. This will be out sixth year in a row coming back to SFJAZZ and that’s all I care about.

Why didn’t you choose a more straight-ahead jazz career path?

I think if you don’t do some reflection of the music that you absolutely believe in, then it somehow comes across as phony on stage. There’s a big part of me that loves sophisticated popular music — Sting, Paul Simon, Peter Gabriel, Joni Mitchell.

When I first moved to New York, Wynton Marsalis had come bursting onto the scene, and he does a wonderful job of playing in that absolute traditional [style of players like] Louis Armstrong and Buddy Bolden. And if you look at the trajectory of every single other trumpet player that has come after Wynton Marsalis, they have never penetrated that glass ceiling that he set up.

Do your live performances differ from your records?

So many jazz musicians think that if they are cooking it up in a club at three in the morning and everyone is hooting and hollering, and they are playing extended solos, that’s going to work on an album. If you look at all Miles Davis’s records, the most famous ones are the ones he plays the most restrained on — Sketches of Spain and Kind of Blue. Miles barely plays on those records — it’s all mood. But when Miles played live, he didn’t play Kind of Blue, he fucking went for it.

So I make records that people can have in their house — romantic or artistic. But if they came to the show, and I reenacted my records, I would kill myself. My job is to bring people to an emotion where they may cry, and to show them how amazing the people in the band are, and to rock out when we need to, and take people on a joy ride.

Do you play a special kind of trumpet?

My trumpet is really old. It’s from 1939 and it is super rare and beautiful. It’s the same make that Miles played, from the Martin Company. I also use the Harmon mute, the one that Miles always played.

Are there any special challenges to playing trumpet?

The trumpet is a very harsh mistress. With trumpet you have to practice all day. A myriad of things can go wrong — a back issue, a nerve issue, it’s a very, very tricky physical instrument. But as long as the trumpet will behave, I’ll keep doing this and be very happy to do it.

How do you get that smooth tone?

There’s a classical term, bel canto, which means you’re singing through the horn and I am very unapologetic about trying to get the trumpet to sound beautiful. That’s just the way that I hear the trumpet and also, I sweat the details — I practice a lot. A lot of trumpet players don’t covet that silkiness. Somebody like Maynard Ferguson or Louie [Armstrong], they want way more bravado. I choose to not do that because it’s way more emotional for me to make the sound of the horn a little bit darker and a little bit sweeter. But when we need to kick it into high gear, we do.

What do you do to relax? You must do something besides perform and practice.

I lead a very, very focused, self-contained life. I work out a lot and I play chess and that’s about it. I don’t have the responsibilities that a lot of people have, and that frees up a lot of time to work on myself and learn stuff. I have more time to practice, and I can go to the gym for three hours a day. And it’s not lost on me — I feel very fortunate to be able to do that.

I can’t tell you the last time I took a vacation. That sounds just horrific to me. I work on the road and when I come home, I don’t want to see any airports, I just want to stay in New York.

Anything new coming up?

We just switched labels — we are on Blue Note now and I’m going to do a new record next year. We are basically out until June, but once I get into my new place, I’ll start getting my creative juices going and we’ll make a new record.

Will it be any different because it’s on Blue Note?

I don’t think it will be as orchestral and it will be a little more stripped-down jazz-wise. But I am never sure until you actually get into the weeds and see what happens. Columbia and Verve were good to me, too. I have been able to be on three great labels, and I feel good about that.

You are a very successful jazz/pop performer, but I don’t sense that fame is what motivates you. How do you measure your own success?

I measure it internally. I am very proud of what we have been able to quietly get going. There have been points in my life where I feel like I’ve had unbelievable big breaks — getting on Oprah, the Monday-night football trip playing the national anthem that went viral, all that stuff, it goes a long way. I go from city to city to city and I display my thing. I don’t go on social media — I am not posting my latte pictures. I just feel super freaking lucky to be able to do this. 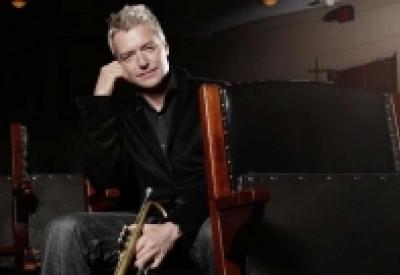 Wynton Marsalis: Bending to the Music

The world is full of possibility for a musician who can play jazz, write symphonies, and give bang-up Harvard lectures.

Wynton Marsalis Does His Own Carnival of the Animals

Two masterful orchestras put the jazz back in “Jazz at the Bowl.”

The great trumpeter and, now, classical composer, appears at Lesher Center Jazz this weekend, and shares some of the lessons he’s learned over his lifetime.