If Debbie Allen has her say — and she most certainly does — every person at the Oakland Symphony’s upcoming Playlist concert Feb. 12 at the Paramount Theater will feel the warm smile of Michael Morgan. In May of 2021, the Oakland Symphony’s beloved music director underwent kidney transplant surgery at UCSF and, after recovering, had resumed conducting with appearances at the San Francisco Symphony and the Bear Valley Music Festival. In a significant loss to the Bay Area music world, Morgan died August 20, 2021, at age 63 due to complications from an infection.

Allen, the award-winning, highly acclaimed director, choreographer, author, dancer, and actor invited to select the pieces on the 2022 Playlist program, never had opportunity to meet Morgan in person. The original connection was initiated by Dina Bartello, the Oakland Symphony’s director of development. Bartello had held the same position at the Debbie Allen Dance Academy, just one of Allen’s activities that include a position as artist-in-residence at the Kennedy Center for over 15 years and serving as executive producer, director, and actress on ABC’s Grey’s Anatomy.

Bartello in an interview says, “When I left the Debbie Allen Dance Academy to move to Northern California and take the position as the director of development at the Oakland Symphony, she told me not to hesitate in asking her for anything. When Michael Morgan said he was unsure we could do Playlist this season, I said, “What if I got Debbie Allen?” Michael’s face broke out into a huge smile, and he was truly giddy.

I knew then that I had to get Ms. Allen to join us. I called her that day and without hesitation she said yes. When I sent her information about Michael and all that he had accomplished in his career she stated that she had made a wise decision to participate.”

Bartello recalls that after Morgan passed, Allen was one of the first people to reach out. “She said we needed to make Playlist special for him. She wanted me to feel his smile on February 12. I believe the entire audience will feel his smile.”

Allen in a phone interview says her only regret is that Morgan will not be present. She remembers the one phone conversation she had with him prior to his death. “There was such enthusiasm and unbridled creativity bursting out of his pores. I was really sorry that he was going to miss this event that he had really championed all the way. We talked about the concept, but I created the list not with him. I gave the list to Ms. Dina Bartello, who is the one who really engineered the whole thing. But the concept of it was what I loved so much. I thought it was just a brilliant idea and another way of looking at a person’s life and their accomplishments and kind of opening up a whole world for the world to see who they are through music.”

The Playlist series has artist, thought influencers, and community leaders selecting music for a concert that reflects their influences, history, and interests. The Oakland Symphony and Oakland Symphony Chorus are often joined by special artists and musicians. Allen’s program will be led by guest conductor Rickey Minor, an Emmy Award-winning music director, composer, and producer who has worked extensively with Allen.

Asked to describe the curation and process she used to select the playlist, Allen says, “I thought it was never something to work out with other people. It was always something that was my list. So I gave probably a lot more music than they’ll ever use. I’m not exactly certain right now what they picked. It was just me; my own influences.”

A big influence that is not included on the final list but serves as an example of her process is Peter and the Wolf. “That was something that the symphony we used to go to [played] when I was a kid. Mom would take us to the symphony even when during segregation they only let us go to a park where it was open and free. You’d come with a picnic lunch, and you’d hear the Houston Symphony Orchestra play all kinds of music. I’ve talked about a lot of music through my life. It will be interesting to see what actually landed. They can’t use everything.”

“Wade in the Water” made the cut and Allen, upon hearing the news, says, “It was when I saw Alvin Ailey [Alvin Ailey American Dance Theater] for the first time that I realized where the journey of my dance career could go. I had been told forever that I couldn’t do the ballet world and then I got discouraged when I wasn’t accepted to a particular university. But when I saw Alvin Ailey, I saw my destiny. I saw a path for me. His Revelations was one of the most quintessential American pieces of choreography. It defines who America is more than anything.”

Another selection, “One Hundred Ways,” has similar, deeply personal associations. The song was made famous by the late James Ingram, the American singer, songwriter, record producer, and instrumentalist who passed in early 2019. “James Ingram was a prolific song master, singer, composer, and he and I wrote so many musicals together,” says Allen. “James Ingram had the ability to translate my expression in dance into music. He helped me hear what I wanted to hear; so that I could see what I wanted to see. It was an incredible relationship. We wrote music and lyrics together. We did so many projects together. It was like a creative marriage at its best. We would fight sometimes, but it was the best. I miss him.”

Loss and longing stream along multiple trails in a selection with lyrics written by Allen: “Ghosts of Columbine.” Part of Freeze Frame ... Stop the Violence, a project addressing gun violence and race relations that premiered at the Brisbane Festival in Australia in 2013 (Allen is the show’s creator and choreographer), the song she suggested is one of the most-impactful pieces she has ever written. “It was my response to the disenfranchisement of Black and Latino youths and gun violence in America. When Sandy Hook happened, I thought the whole world should just stop. And everything would change. And it did not, it did not. The NRA kept making new guns and selling without a license. We just want people to get a license — that’s all I’m asking for, as a parent. But it was more than that: it’s the culture. I grew up in Texas; there’s a huge gun culture there. The Abolitionist movement was based on guns. They had to have guns. Where are we right now in the harm we are doing in allowing [gun violence] to happen on our streets? In our neighborhoods? I just had to throw my hat in the ring with Freeze Frame. It is one of the most important works I’ve done and I’m still planning to make it into a film so the world can see it.”

In the meantime, Allen, who is always busy, was and continues to pirouette in the vortex of the ever-changing pandemic. At the Debbie Allen Dance Academy where she leads master classes and directs a large staff and multiple programs, a deep learning curve and massive pivoting transpired. “We learned how to do things virtually rather quickly. We transformed into a virtual global studio overnight. I started teaching Instagram classes. As much as we got disconnected, we connected with thousands and thousands of people around the world. It was quite amazing, powerful, and inspiring. We’re just now back in the classroom since last September. We have COVID protocols intact,” she says.

Allen suddenly laughs, struck by the irony of the role she plays on television. “Grey’s Anatomy has made me an expert in Covid protocols, that’s for sure. I know all the latest things and information. It’s a challenge still. There’s a new variant every time you look up. Where are you going to go? We can’t all go into a corner and hide from this. We have to learn to live with it; learn a way to coexist. That’s what we’re doing. We’re moving to new facility, but we have to keep our hands on these young people. It’s been very depressing for these young people, very, very difficult. They need to be in class.”

Her belief in the power of dance and other art forms to transform and sustain life is unwavering. Music during COVID continues to be a sturdy structure undergirding and bolstering her practices and outlook. “Music has always been something that inspired me to dance. As a kid, listening to Duke Ellington, Johnny Mathis, watching those early MGM musical films ... music was always something that would activate that wanting to dance. COVID hasn’t changed that, we’ve just done a lot more things. We did a whole 12-hour dance-a-thon called “Dance to the Music,” with dances from all over the world to raise money for dance community. “Dance to the Music” is a Sly Stone song, but it was just the idea that we were still going to be dancing and music was still going to be playing. That’s how I’m living right now.”

Which means there will be music — and maybe even some dancing in the aisles — when the Debbie Allen Playlist premieres at the Paramount. Asked if she will attend in person, she says, “Come on, you know I’m going to be there. What’s wrong with you, girl?” She laughs at my apology for being a doubter and says, “I’m going; People better show up. I’m so humbled by this whole process and I’m thrilled to be in it. I’m just excited to be there and happy it’s going to raise money to help so many more young people and keep music flowing through the community.”

To see Debbie Allen's complete playlist and get more information about the concert, visit the Oakland Symphony website. 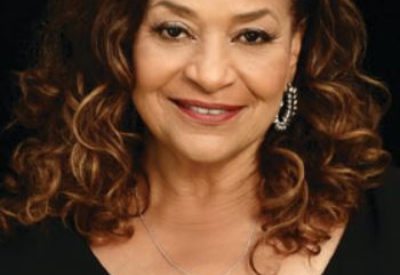 The late Kaiser CEO and community advocate chose a sparkling, gospel-tinged program for the Jan. 24 installment of the orchestra’s Playlist series.

The career activist chooses music that energizes the spirit and engenders joy.

The question facing the orchestra now is how to honor the conductor’s legacy while continuing to forge ahead.

The brilliant conductor has died, leaving an indelible artistic legacy.