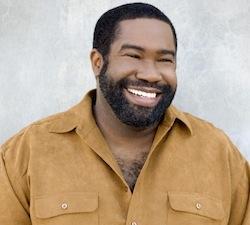 Eric Owens: A Voice for All Reasons

Over the last decade, bass-baritone Eric Owens has sung an astonishingly wide range of repertoire. The Philadelphia native, who made his San Francisco Opera debut as Lodovico in Verdi’s Otello during the 2002–2003 season, has since returned to sing Don Fernando in Fidelio, the King of Scotland in Ariodante, General Leslie Groves in Doctor Atomic, and Porgy in Porgy and Bess. A committed new-music advocate, Owens maintains an active schedule of concert appearances with orchestras around the world. And, in recent seasons, he has begun to scale the Wagnerian heights, assuming the role of Alberich in Robert Lepage’s Ring cycle for the Metropolitan Opera.

Following last year’s Rheingold, you’ve just finished singing Alberich in this season’s Siegfried at the Met. How has that experience been for you?

It’s been great, really. Adding the second installment for me, for my character, it’s been great to get to this point and to share the stage once again with Bryn [Terfel] and Gerhard Siegel and Hans Peter Konig, and also for the first time with Jay [Hunter Morris] and Debbie [Deborah] Voigt, even though we don’t do anything together. It’s been great, a wonderful experience, and I just adore the music. We only had three performances. I wish we had a couple more.

When you started singing, did you ever think you’d be doing this role?

No clue. I had no idea I would ever be doing Wagner. I’ve been a Wagner fan and I love the music, but I didn’t know that my voice would develop in a way that would make that repertoire available to me. But here we are, and I’m enjoying it very much.

The reviews were quite positive — in fact, it was suggested that there might be a Wotan in your future. Do you see that as a possibility?

I’ve had this conversation with many people, and yeah, I think it’s something I’ll want to explore down the road. Definitely not now, but maybe five or six years from now.

Any advice from Bryn Terfel?

He’s, like, “You should do it! You could do it now!” He’s awesome. Just the sweetest guy.

In the meantime, you’re coming to Berkeley for a recital — your first recital in the Bay Area. After the Ring, does that require a major shifting of the gears?

Not really. But it’s different, in that it’s going to require a different sort of stamina for the recital. It’s funny: I think it would be easier to sing a five-hour opera role than a 90-minute recital. For me, at least, it takes much more energy to perform in a recital.

It might sound counterintuitive, but it becomes emotionally and somewhat physically exhausting to not have more of a physical outlet for the emotion of the text. You’re not going to be standing there in recital chewing up the scenery. So with all of that emotion being contained physically, it actually takes more energy. The singing, delivering the texts, it’s going back inside of you, and it can get really intense. It’s concentrated, it’s focused, and it’s you for the entire evening.

It’s been great [to sing Wagner at the Metropolitan], a wonderful experience, and I just adore the music.

You’ll be singing French and German music, including some Wagner. How did you select the program?

When you start to put a program together, there’s so much repertoire and so many things you can do. I’m a person who sings a lot of new music, so I wanted to make an effort to sing 19th- and early-20th-century music, and to represent the two languages that are most associated with recital — that’s German and French. I always like doing some Schubert; in almost every recital I’ve ever done there’s been some Schubert. So I’m doing Prometheus, Fahrt zum Hades, Gruppe aus dem tartarus, and Amphiaraos — all mythological texts. The Wolf songs, I just adore; they’re wonderfully psychologically dense and satisfying. The Schumann songs are a bit gloomy — well, they’re very gloomy! — but I wanted to do that. When you think of these 19th-century composers, a lot of them dealt with depression, and some of their best work came out of depressing periods. It’s just amazing stuff. So I went there with the Schumann.

To start the second half, I chose Debussy for a little bit of a palate cleansing. The Duparc, even though it’s French, it’s wonderfully dense and rich and full. You don’t hear many French composers of songs who write so dramatically. The Ravel, again, is a little bit on the lighter side. Then ending with Wagner’s Le deux Grenadiers just felt appropriate. He quotes the Marseillaise, this rousing music. It’s a perfect way to end the program.

To perform in more intimate spaces, and to have a little more contact with the audience, is a wonderful thing for an artist.

The opera business has changed so radically in recent years. At this point, why is it still important to do recitals?

It’s important for me to do recitals because there’s this wonderful repertoire out there to be sung. When you’re a recitalist, you get to be your own artistic director. Not only is it just you singing, it’s you and your choices of repertoire. As an art form, to perform in more intimate spaces, and to have a little more contact with the audience, is a wonderful thing for an artist. I think it’s important to continue it, and I do think there’s an audience out there for it. I know I enjoy going to recitals and having an artist draw me in, in a way that’s not as obvious as in an opera production with sets and costumes. Recitals are very pared down — just the delivery of text and music invites you to come into an even smaller, more intimate circle.

I understand you’re also starting to conduct. Can you say a little about that?

Yes, there’s been some interest from some ensembles for me to conduct. I continue to study and I’ve been lucky enough to have picked the brains of conductors with whom I’ve worked in opera and concerts with orchestras. Just to sit there and watch a master conductor work is amazing. It’s great for me, in addition to be able to sing.

Is there a particular piece you’d love to conduct?

At some point, it would be awesome to conduct the Rite of Spring. As hard as it is, it’s such an incredible piece. But that last six, seven minutes is a bear [laughs]. Good lord! I’ve seen many a good conductor taken down by that.

You’ll also be hosting the Met’s upcoming HD broadcast of Satyagraha. Is this the start of a side career?

It’s been kind of cool. I’ve been the host for the Met’s Quiz on Saturday maybe three or four times now. I did some MC duties for the first Met Recital in Central Park this past summer, and I’m also MC-ing the National Council Winners Concert in the spring. So I’m sort of becoming a go-to guy for some of these media things. I enjoy it. It’s fun. It’s a different way of presenting yourself to an audience, and I’m just grateful that they trust me to get up there and do it. Hosting the quiz was great. Having grown up listening to it, I felt like a kid in a candy store. I was nervous, but I have to tell you, it was pretty exciting.