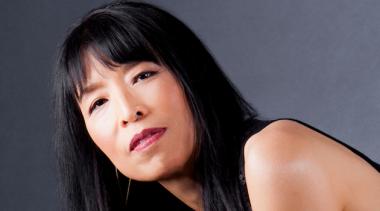 Grammy Award winning pianist Gloria Cheng will perform composer Terry Riley’s The Heaven Ladder, Book 7 at Yerba Buena Center for the Arts on Dec. 5. She made time in her busy schedule for a chat with SFCV about that concert as well as recent performances and other upcoming projects.

The evening before our conversation, she experienced the zone. Immersed in the river performers cherish when flow emerges and self-awareness evaporates, her crystalline technique became servant to artistic expression. The top-notch acoustics and fine instrument on which she played in Herbert Zipper Concert Hall at Colburn School in Los Angeles were an ideal forum for Cheng’s beloved Steven Stucky project. A CD of 32 original tributary compositions, Garlands for Steven Stucky, and concerts of the works by Cheng honor the distinguished composer who died at age 66 in 2016. “Last night, I was just in the music, swimming in the stream,” she recalls. 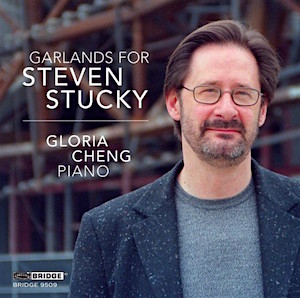 Exhausted and reminiscing on the transformative power of the night before, she laughs the next day at a memory that rises to the surface. A nonmusician friend asked her husband how long she had worked to prepare for the recital. “A week,” the friend first guessed. “Think again,” Cheng’s husband replied.. Asked for the answer, Cheng says “We did it back in March, so it was still in my fingers, but in addition to the initial six to seven months that that required, I’d say it took my whole life to prepare.”

Los Angeles-based Cheng refers to writer Malcom Gladwell’s storied, 10,000 hours of practice for a person to conquer the technical and mechanical challenges of a given activity. She says those hours are absolutely necessary, but on their own, practice can actually make an artist stale. “We spend so much time getting it right, but it’s important to reconnect to the message of the music. I have to remind myself, and my students, that there’s such a thing as too much practice.”

Nor is performance enough to satisfy Cheng’s roving curiosity and intellect. Before reaching the stage, she plunges into primary source material about the composer’s life and thinking, the historical context during which a composition was written and more. “We spend so much time wiggling our fingers on a keyboard. To get our brains nurtured by everything else that’s available — to me is liberating. How did György Ligeti’s fleeing from the Nazis impact his work? I need to know those kinds of things. I can’t just be — although there are many musicians who can and do — someone who sits and plays the piano all day long.”

Curious about every topic — politics, cooking, commerce, knitting — only sports leave her dry. “I swim, but I’m not interested in sports.” And although she loves nothing more than to dig into a score with a composer or talk with other pianists about hand size or phrasing, Cheng avoided attending a conservatory. Instead, she earned a B.A. in economics from Stanford University and graduate degrees in performance under Aube Tzerko and John Perry. She encourages students in her classes at UCLA Herb Alpert School of Music to develop supplementary skills. “I’m happy to be teaching at a liberal arts college. Students are not just brilliant musicians, they’re also able to write and think and interact. They must be curious.”

It’s not surprising, therefore, that her upcoming performance of Riley’s The Heaven Ladder, Book 7, has a never-before-asked, 24-year-old question burning like wildfire in her mind. Ever since she performed the West Coast premiere in 1995, Cheng has wondered about the opening section, “Misha’s Bear Dance.” The piece was written for Riley’s grandson. Filled with polymeters, dynamic shifts, skewed phases, and high energy, she wonders about the choreographic inspiration. “I’m going to do my due diligence and ask him to demonstrate it this time,” she says, not specifying if she means on the keyboard or literally, by dancing. “In the same way I understand Renaissance music by understanding the steps of a sarabande, I need to know ‘Bear Dance.’”

That need to know if her vision lined up with Riley’s more than two decades ago caused her to drive for ten hours to play Ladder’s 35-minute suite of five pieces for his review. Kathleen Supové was to perform the world premiere in New York City in June 1995: Cheng’s West Coast and Midwest premieres followed in October. Given a note on the score that read, “dynamics and phrasing should be worked out by the performer in collaboration with the composer,” Cheng honed her interpretation, then hit the road. “Terry just told me, make a left at Moonshine Road,” she says. Shortening an account of her looping, lost-in-the-woods journey (there was no street sign), their first rehearsal was bumpy. “Terry’s used to looking at a spare score and improvising rainbows around it. So looking at his first score, it was largely the notes and few dynamic markings. Pedaling, phrasing — there were very few indications of these. I created my own streamlined version. When I sat down to play it for him, I didn’t get very far. He stopped me. I had my fingerprints on it, Terry had his. It came out somewhere between what he had envisioned and what I had envisioned.”

That ability to assert command while also flexing to meet collaborators’ alternative viewpoints explains the many works composed for Cheng by contemporary composers including John Williams, Randy Newman, Esa-Pekka Salonen, John Adams, Pierre Boulez, and Riley, among many others. In addition to performances as a solo pianist, her versatility has led to virtuoso piano solos Cheng performs in film scores like Williams‘ for Steven Spielberg’s Munich and The Adventures of Tintin and Don Davis’ score for The Matrix.

Cheng tells me it took about ten years before Riley said, “I like what you came up with,” about the version of Ladder they agreed upon. “That’s understandable. When an artist comes up with a different version than what a composer envisions, it’s probably shocking. It stretched me to accommodate him and it stretched him to accommodate me. We met in the middle, in the end.”

Soon, they will meet at the keyboard in the YBCA concert presented by Other Minds. Riley will perform four of his semi-improvised works; Cheng will play the fully notated Ladder. Together, they will perform Riley’s new, four-hand composition, Cheng Tiger Growl Roar (2018).

Ladder requires intense stamina, Cheng says. Consisting of movements that pivot without breaks, she finds a “gnarly” ragtime fugue that shifts dynamics “on a dime,” and beautiful, Bach-like inversions and retrogrades or Classical Indian flavors challenge and add to her musical “datahbase.” She’s unlikely to recreate the 1995 performance and a recording of Ladder that exists. “I believe that Terry welcomes a pianist coming along with new ideas that honor the spirit of the music. I’m older, wiser. I grasp what he was trying to tell me back then, when I did what he told me to, just because he told me to. I’ve assimilated more by having lived, having played more music.”

The title of the new work does not mean it is a portrait of Cheng, a tiger, or fierceness, she suggests. “Cheng Tiger Growl Roar is playful, open-ended, with repeats. It’s a lot of thinking to remember if we're on module number four or six. His part has improvisatory passages, but my part is totally notated. I wouldn’t want to improvise next to him. He’s born to that and I’m a classical musician who prefers to pick it up off the page.” Even so, Cheng will channel Riley, much as she channels Chopin when performing Chopin. “He’s a fluid ragtime player, so for me to grab those notes, to jump around in the left hand, is challenging. He goes to remote key areas: playing in C-sharp minor is not most comfortable. He’s bigger than I am, with bigger hands. I’ll try to get a big sound.”

Despite markedly different approaches to the keyboard, the pianists found common ground in the world premiere of a Riley piece for four hands.

One of the least noted, but potentially most exciting, upcoming Bay Area premieres is the Calder Quartet introducing Christopher Rouse's third string quartet at Stanford Lively Arts on Wednesday.