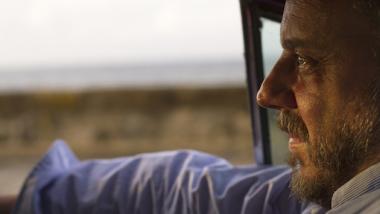 Gifted with a mellifluous, remarkably communicative voice, Matthias Goerne quickly became known as a Mahler interpreter and lieder singer of the first order. Not long after he won second prize in the Robert Schumann Competition of 1989, and first prizes in the Lindberg Salomon and Hugo Wolf competitions, Goerne received an invitation to sing in the Bach “St. Matthew Passion” in Leipzig in 1990 with conductor Kurt Masur. After making numerous prestigious engagements, a song recital in Wigmore Hall in 1994 and Salzburg Festival operatic debut in 1997 further established him as one of the leading artists of our time.

Goerne’s rare ability to sing as if from the center of his soul conveys the most profound of emotions, with almost disarming directness. This depth of communication is achieved less by overmeticulous word painting than by total commitment and identification with the emotional and spiritual import of words and music.

A few weeks before he returns for another of his highly anticipated Herbst Theatre recitals, presented by San Francisco Performances — he sings selections from Mahler’s Des Knaben Wunderhorn and Shostakovich’s Suite on Verses of Michelangelo Buonarroti, Op. 145, accompanied by the superb Leif Ove Andsnes — Goerne engaged in a Skype-to-landline chat about his repertoire choices. We began by discussing the recent Oikos college massacre in Oakland, of which he was well aware.

After we conclude our interview, Jason, I have to put my 12 year-old daughter to bed.

How is she doing?

She is fine. She’s going to school, she plays a little piano, and she is enjoying her life. I think she has a quite nice life.

That’s very different than the craziness of the Oikos massacre, which brings to mind the political craziness that Dmitri Shostakovich had to endure in order to compose. In addition to the Mahler, you’re singing six of Shostakovich’s “Michelangelo” songs, in their original form for piano. They were the last compositions he finished. You’ve performed them with Leif Ove Andsnes before?

Yes, just once before, last year in Salzburg, and once as a tryout at the Verbier Festival. It’s a perfect combination, Mahler and Shostakovich, because everyone knows that Shostakovich adored Mahler.

There’s also a kind of similarity in how they use the instruments. With the piano, it doesn’t make a big difference, but when I sing the Shostakovich with orchestra, you can see the parallels in how he is using a double bass and first violins to accompany the vocal line. There are so many things that Shostakovich picked up from Mahler: this crazy, crazy harmony change to find the specific color for the instruments, and the kind of text he chose. They’re so meaningful and dark.

Of course, this has to do with the circumstances in Russia during those years. Of all the Socialist countries, I think it was the evilest one and the hardest. The era of Stalin and what followed after was so difficult to endure. Shostakovich was so many times really in danger for his life because he was an artist. Quite similar to how the Nazi government killed intellectuals, musicians, and artists it called entartete [degenerate]. Shostakovich was stigmatized and persecuted in Russia because of his work.

Have you done the songs with other pianists, as well?

Yes, just once. It’s less convincing in the piano version when you do the whole, huge group — it’s almost 45 minutes — all together. It’s still fantastic music, but in the end, you miss something concrete that is coming from the orchestra.

With Leif Ove, we’re doing just five or six of the songs with piano, which is perfect. The balance is really fantastic, and the songs are all linked to each other. They’re all about love or death; the same subjects are also realized, in another way, with the Mahler Wunderhorn songs.

Mahler was drawn to the Brentano texts because of the military situation in Europe shortly before the First World War. These songs, for me, are quite political in a totally logical way for this late, late Romantic period. There is no other repertoire from late Romantic composers that makes so concrete what it means to suffer because you have no food, you have no space, and you are always fleeing from some danger that is surrounding you. The issues were similar for Shostakovich when he set Michelangelo’s texts.

You talk about political context...

Political context, for me, means talking about human beings — life — which is always in danger, which is almost getting lost. Which is not something that is normal. Brentano and Mahler are talking, in the end, about civilization and culture. For instance, [in the songs] when the child is asking the mother to get food, and the mother says, “Wait. I know everybody is hungry, even me, but we have to earn the grains.”

It’s more interesting to do something where I can find myself, emotion-wise, easier and more directly.

The next day, the child asks again. She says, “I am hungry, I will die otherwise,” and the mother says, “We have to prepare the dough.” Three days later, the child asks the last time, but when the bread is ready, the child has already died. It is the same with a piece like “Revelge,” when he talks about the soldier going into the battle and says good-bye to his girlfriend. He is very optimistic, and he is very proud, but there is already a feeling of death, and finally he dies.

The same with “Wo die schönen Trompeten blasen.” The night before the soldier has to go to battle, he knocks on his girlfriend’s door for the last time. She is expecting him, and opens the door. They have a fantastic night together, but already you can see on the horizon the tragedy and the end of his life. How Mahler sets this is not just because he found it good to combine military rhythms with the text — they express the feelings he had that the only outcome of the strong militarization of Europe would be the war.

Similarly, the depressing atmosphere caused by militarization was very strong in the Soviet Union since the beginning of Shostakovich’s life. Imagine, Stalin killed 33 million of his own people! This is even more than the 22 million Russian soldiers killed in the war. Compared to Hitler, Stalin is the bigger gangster. And Shostakovich grew up in the middle of this.

I was just reading a very interesting book, Stalin and His Composers. It’s about the relationship. Stalin was always informed about Shostakovich, and was taking care, in his private plan, that this guy did not go too far. Imagine, Shostakovich hid his Second Violin Concerto for 17 years because he was expecting to get killed or sent to the gulag [forced labor camps]!

When you know all this, it’s obvious that these two composers, Mahler and Shostakovich, were very close to each other in mentality and soul. Both were very romantic composers, as well.

When you talk about repression of human beings and militarism, are you thinking about what is happening in the present day?

The voice — the way you use it — is a mirror of your soul and personality.

Yes, of course. That is maybe one of the reasons that I’m less interested in the mainstream repertoire. It is very beautiful, and everyone calls it “totally timeless.” Yes, Mozart operas are fantastic, and I enjoy them very much. But I have always the feeling when I listen to Così fan tutte that the concert is fantastic, and the theatrical aspect is also the work of genius, but works like Wozzeck, Lulu, the Shostakovich symphonies (Nos. 13 and 14) and his “Michelangelo Suite” are for me far more concrete and more connected with our time. The contact between what is really happening every day in the world became so strong after the late Romantic repertoire of Wagner and Strauss — then came Mahler, and Zemlinsky, and Korngold, and Alban Berg — and continued to our day.

Yes, this is one of my motivations. I’m not singing just for the audience. I’m not a missionary or a priest; I’m not thinking that I’m having an influence or saving the world. But for me, it’s more interesting to do something where I can find myself, emotion-wise, easier and more directly.

You as an artist are not known for cheery little ditties. Have you sung the delightful role of Papageno in Die Zauberflöte?

Yes, I have. I have to say that, of all the Mozart operas, from the point of view of how you can interpret and direct, Die Zauberflöte [The Magic Flute] is his greatest and most unique work of genius. It’s not just an opera, because it has these huge dialogues, But the conflict in it makes it so concrete — all the difficulties in the world — much more concrete for me than Nozze di Figaro or Don Giovanni. That’s why I’m really glad I had two wonderful productions of Magic Flute that I sang at the Metropolitan [Opera] and finally at Salzburg a couple of times. It is really fascinating.

An artist such as Frederica von Stade is known for expressing both lightness and joy (as Cherubino) and profound sadness (as Mélisande). In her case, she was born into sadness; her father, whom her mother loved deeply, was killed in World War II, before she was born. What about your background has you gravitating most to repertoire that addresses the suffering in today’s world?

I didn’t lose my father, and I had a fantastic childhood. But for sure, this tendency to take things very seriously, and not to be independent of all these terrible things that are happening in the world, has been with me for as long as I remember. I was always connected to things that were happening. Joyful things, as well; I can very much enjoy my life, but at the same time I always keep an eye on situations with other people and huge conflicts.

This may be depressing, but not in such a terrible way that I cannot live. I do it because I have questions about circumstances, about what happens in Syria, in Iraq, in Afghanistan.

We become so used to these things. Someone drops a bomb over there that kills 36 people, and no one gives a shit about the people who are suffering and mourning their losses. Nobody cares about this! I don’t think every day about such things, but they still have a very strong influence.

I can say, “Okay, for me the world is fine,” but the world in general is not in good shape. I have not the feeling that it’s becoming better. I think it is quite normal for a sensitive artist to react to this situation. It influences his life and especially, I think, the most natural instrument, which is the voice. The voice — the way you use it — is a mirror of your soul and personality.