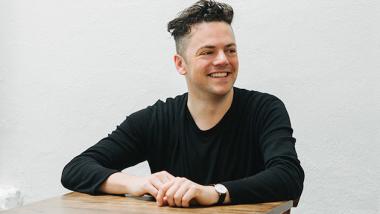 He’s tackled such disparate subjects as the deception of internet dating (Two Boys) and Mormon women who lose their children in a government raid (Dark Sisters), to an embezzling, identity-shifting, sexually frigid woman (Marnie). And that’s just in his operas! He is American composer Nico Muhly, who, at 37, is somewhat of a musical shape-shifter himself. Indeed, having written more than 80 works for the concert stage, including commissions from The Metropolitan Opera, the Los Angeles Philharmonic, and Carnegie Hall, Vermont-born Muhly has also collaborated with the likes of Icelandic pop star Björk, choreographer Benjamin Millepied, and Faroese singer-songwriter Teitur.

The über-prolific Muhly was a first-year graduate student at Juilliard, where he studied composition with John Corigliano and Christopher Rouse, when he began working as an assistant to Philip Glass, a position he held for eight years. Since then, Muhly’s star has been on a decidedly upward trajectory, including having written for the stage and screen, with credits ranging from the 2008 Academy Award-winning film The Reader to the 2013 Broadway revival of The Glass Menagerie.

Truth be told, there’s seemingly no genre that Muhly doesn’t like: He’s also composed a number of chamber pieces and large-scale choral works, in addition to having released an array of recordings such as Speaks Volumes (2006) Mothertongue (2008) and Drones(2012). But no matter the work, Muhly’s sound is distinct, with The New York Times’ Anthony Tommasini writing, “It is hard to describe what makes a composer’s voice authentic. But you know it when you hear it. Nico Muhly has a voice, a Muhly sound.” 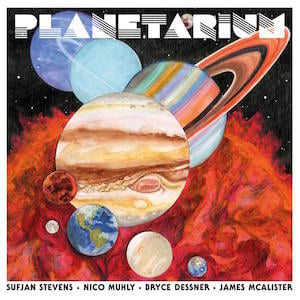 And while Muhly’s works have frequently been heard in Los Angeles — including the musician performing live at Hollywood Forever Cemetery in 2017 with Sufjan Stevens, James McAlister, and The National’s Bryce Dessner as part of a tour to promote their recording, Planetarium — the post-minimalist composer makes his first appearance at The Theatre at Ace Hotel on May 10. Presented by the Center for the Art of Performance at UCLA, the program, “Archives, Friends, Patterns,” is a kind of sound triptych: It begins with musical gems from more than 40 years of Glass’s catalogue and continues with a a set of songs built around 22 piano transcriptions of gamelan music, performed with composer Thomas Bartlett. The program ends with a cycle of Muhly’s own drone-based compositions.

Also appearing on stage with Muhly will be a number of colleagues and collaborators, including, among others, Pulitzer Prize-winning composer/violinist Caroline Shaw and violist Nadia Sirota. I spoke to the in-demand artist by phone about his upcoming gig, his long affiliation with Glass, and his secret to balancing writing commitments with a feverish travel schedule.

How did working for Glass affect your life and music, and how often are you in touch with him?

We’re friends now [and] neighbors. He lives three blocks away from me, and I just had lunch with him last week. We also have the same publisher. What the most moving thing working for him was that his work ethic is crazy. We should all be so dedicated. And I learned it from him — the ability to get up and do it. Treat it like you’re responsible to other people; you’re making music with your friends [and] writing music for your friends.

Glass’s catalogue is so vast, how did you decide on performing some of his lesser-known works?

I wanted to do things that don’t get aired out. It’s things that I fell in love with that a lot of people don’t necessarily know. Etoile Polaire [from Glass’s soundtrack for the 1977 documentary North Star: Mark di Suvero] is one of the most beautiful pieces. I worked with [Glass] for the better part of a decade and there’s still stuff I don’t know. We performed this concert at Carnegie Hall last year, but not with this exact group of people.

Last year you and Thomas Bartlett released the album Peter Pears: Balinese Ceremonial Music, consisting of nine songs inspired by several gamelan transcriptions by ethnomusicologist Colin McPhee and named for Benjamin Britten’s partner. What was the appeal of this music, some of which we’ll be hearing at the Ace. 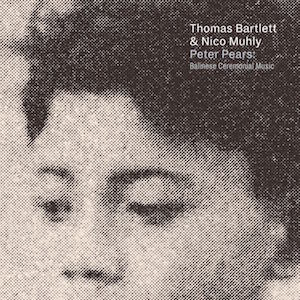 My interest is that it’s much less about the gamelan music itself and is a game of telephone and how this music came to pass. It’s less about colonial ethnomusicology for me. Colin McPhee becomes obsessed with this music. He goes to Bali, he transcribes and records it, but adds clearly what for him was romance — for Britten [and] the way Britten used that music later in his life to indicate a strange otherness. When you see it in Death in Venice, it’s Tadzio. That was the appeal, but it’s a much more layered reaction.

What can we expect to hear with your drone-based compositions, which you have described as both “severe and lyrical.”

Those are very personal, and I started this project without really knowing what I was doing about it. I spend a lot of time on planes and was thinking about how every space we’re in has a pitch — that certain spaces have notes in them. If I’m stuck on a taxiway, I would think, “What if I wrote a long melody over these two notes the plane is making. Idling [for example] is a constant C# with an ever-changing top note?” It would be great to just explore new harmonic territory, but always having these notes in play.

What we’ll do in L.A. are eight movements, each with two different notes. There’s a set for Nadia [Sirota] and a friend does one as an encore. What’s cool about them for me is that they are pieces where the drone part can be performed by anybody. You can do it with your phone or sing along with your vacuum cleaner. I realized that these sounds are everywhere — my mom even said that I used to hum along with the vacuum cleaner. It’s really a kind of open form/closed form piece. It’s not improvised at all, but the element of it is, “Let’s all be in this piece together.”

What is your process and does it differ depending on genre? And with all your travel, not to mention working on several projects simultaneously, how do you maintain a balance?

With each project there are a set of built-in limitations. That’s the challenge of each commission. For an orchestra piece they say how big the orchestra is, how long they want it to be, and maybe that’s all you get. From there you have to map out what the structure is, what are you trying to say in 20 minutes that’s preferable to 20 minutes of silence. That’s the scariest of those commissions because you can do whatever you want. Opera is a lot simpler because there is a structure already — the libretto — and it feels more tangible when you’re setting text. Choral music is similar [because] most is sacred and you know precisely what context it will be received and performed in.

The metaphor I use for artistic planning, though, is that [on a plane] there’s a map that’s zoomed out. Say you’re in San Francisco and here’s where Paris is. It zooms in and out and there are random towns, say, in Greenland. The big plan is what you make first — start here and end here — and the rest of the process is zooming in and learning what’s down there.

You’re a sought-after collaborator, and in addition to having worked with other musicians, you’ve teamed with choreographers, including Benjamin Millepied, who founded L.A. Dance Project and had a brief stint as the artistic director of Paris Opera Ballet. What makes a good artistic pairing?

You joined forces with librettist/playwright Nicholas Wright on Marnie, which was based on Winston Graham’s 1961 novel, though many of us know it as Alfred Hitchcock’s 1964 psychosexual film starring Tippi Hedren. The opera premiered at English National Opera in 2017 and opened at The Met last fall as part of its 2018–2019 season. What was your partnership with Wright like?

It was fantastic. He’s such a pro as a collaborator. We did a lot of it in his kitchen and a lot over email and a lot in the room when we were rehearsing. It’s nice to have a multi-modal collaboration. He was just as happy to make a change when all the singers were together in a room as he was over the phone. And his words were such a pleasure to set because they were so direct and so clean.

Hedren, who recently turned 89 and is best known for her work in Marnie and Hitchcock’s The Birds, was at The Met on opening night. What was that like?

It was so cool — and surreal, obviously, because of the context of what she later revealed about how difficult the filming was, that she was basically assaulted, both physically and sexually. Michael [Mayer, the director] and Nick and I layered a lot of that modern revelation onto the production. On the Met [Opera on Demand], you’ll see that there’s an element of predatory males surrounding her.

Daunting is not quite the word — I’m not sure what the word is. It certainly felt like a terrifying challenge. But what I learned doing Marnie, both with ENO and at The Met, was that a lot of the stuff that you’re nervous about goes away — the basic stuff. What I learned the hard way with Two Boys was that some things just get better and it’s learning what those things are. Little issues of timing just get better on their own. You don’t have to say anything. Certain pacing things — you should just let that happen, while other artistic things you [might] need to intervene. It’s a two-year process, and once you’re rehearsing, that’s when you really see it.

One of the things so crazy about opera is that when you open, that’s the first time you’ve ever really done it straight through with an audience. The moral is, at 27, it was pretty intense, but I learned so much. I was really happy — I still am happy — but with Marnie, so much was easier, but the same things are hard. It’s just hard work — with people who are 27 and people who are 87. And that’s kind of why we do this.

Casual vibes, stellar performances, and breathtaking works by Missy Mazzoli and Nico Muhly are an affecting conclusion at this year’s festival.

The orchestra is thinking big again.

Music and Architecture in Pauline: An Opera

On Stage and Off, Ballet Hispánico Fights the Good Fight

It’s a Homecoming at LA Opera for Arturo Chacón-Cruz