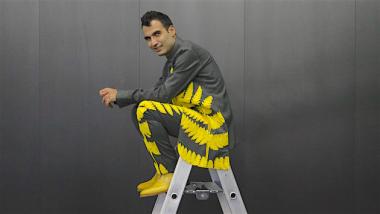 For some, music is more than a calling — it’s an innate talent mixed with a fiery passion for self-expression. That is what I hear when I listen to the music of pianist Tigran Hamasyan. His unique and exquisite sound, which fuses Armenian folk music and improvisational jazz, with touches of classical Baroque, heavy metal, hip-hop and electronica, seems to emerge from a very deep, sacred place. He will be performing both as a solo pianist and with vocalist Areni Agbabian, a longtime collaborator, at SFJAZZ on Thursday, Oct. 24, as part of the celebration of ECM Records’ 50th anniversary.

Two of the pianist’s 11 albums were recorded on ECM: Luys i Luso (2015), an exploration of Armenian sacred music featuring the Yerevan State Chamber Choir, and Atmosphères (2016), a collaboration with three Norwegian musicians. “I have two groundbreaking albums on ECM,” said Hamasyan by telephone from Los Angeles. “These projects were very important to me, and I spent years preparing them. I grew up listening to records on ECM, so it is an honor to be part of this label.”

His upcoming show, however, will feature material from two of his most recent solo recordings — An Ancient Observer (2017) and For Gyumri (2018). This two-record project comprises original compositions written over the last few years that are “musical observations about the world we live in now, and the weight of history we carry with us.”

Born in Gyumri, Armenia, the 32-year-old virtuoso was exposed at a very young age to rock music by his father, and jazz by his uncle. Considered a prodigy, at only three, he began playing and singing songs by groups like Led Zeppelin, Black Sabbath, Deep Purple, and Queen, while also being influenced by the sounds of jazz icons like Miles Davis and Louis Armstrong. He credits his uncle with watching over him and making sure that he focused on practicing hard to perfect his craft, rather than succumbing to the fantasies of potential stardom.

When Hamasyan was around 10, the family moved to Armenia’s capital city, Yerevan, and the talented pianist got exposed to classic jazz and bebop. In 1998 he performed at the city’s first international jazz festival and began winning prestigious jazz piano competitions. He also discovered the rich music of his native country. “I was playing bebop and listening to classic rock records, and I actually didn’t like Armenian music when I was a kid,” explained Hamasyan.” But when he heard Dis, a record released in 1976 by Norwegian jazz composer and saxophonist Jan Garbarek, he discovered something completely new.

“I heard that music, and I realized that they were improvising, but it’s wasn’t necessarily bebop vocabulary that they were using,” said the pianist. Using modes and melodies more based in what he described as folk music, the record inspired him to explore the rich musical heritage of his own country, which significantly changed the shape of his own musical journey.

Hamasyan composes most of his own music, which juxtaposes complex, explosive rhythmic passages with evocative and often melancholy melodic lines that he often doubles by singing — a voice floating above, with a mystical, ethereal sound. “I love singing melodies,” said Hamasyan, adding that he believes melodies are the basis for most kinds of music. But he doesn’t like to use any lyrics. “I want people to have their own story, their own version, or their own dream about the song.”

The prolific composer also likes to have a theme for each of his albums. “Every project for me is a story, or a concept I like delving into,” he stated. “And that also shapes the format and the personnel for my albums.” Many of his recordings include collaborations with other musicians from a wide variety of genres, while others are solo piano creations. His latest release is the stunning soundtrack to the 2019 film, They Say Nothing Stays the Same.

“For me, the most important thing is to always develop, get my projects out, and write all the time,” said Hamasyan. “Then, whenever the record company wants me to release an album, I decide what is important for me to say as an artist right now, and that takes shape on the record.” He is currently working on a new album due out next spring.

When asked if he believes that music is a sacred or spiritual journey for him, he replied, “Music should be all about spirituality and an inner experience, something that is not from the material world. For me, the greatest music always spiritually elevates oneself.” 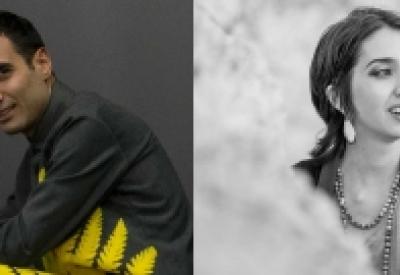