Cofounder of the comedy triumvirate known as Culture Clash, the Salvadoran American actor, writer, and producer Ric Salinas, along with Richard Montoya and Herbert Sigüenza, have been plying their brand of biting political satire since 1984. (The original troupe was established in San Francisco’s Mission District and also included the writers José Antonio Burciaga, Marga Gómez, and Monica Palacios.)

Having decamped for Los Angeles in the early 1990s, the troupe has a body of work that ranges from comedic sketches (or, according to Montoya, “political cabaret”) to full-length plays and screenplays, with the Los Angeles Times’ Reed Johnson once dubbing them the “three clown princes of bilingual L.A. theater.” Indeed, their papers can be found at Cal State Northridge’s Oviatt Library Special Collections and Archives, while their most recent performances include “Culture Clash (Still) in America,” a take on the immigration crisis that was seen at South Coast Repertory early in 2019.

I spoke with Salinas, who has also had a solo career acting in plays, television, and films such as Encino Man and Lola’s Love Shack, about, among other topics, the trio’s collaborative process, woke culture, and the Clashers’ staying power.

One doesn’t normally associate Culture Clash with the art form known as opera. Are you fans of Purcell, Baroque music and/or opera in general, and what was the genesis of your working with Mitisek on adapting the libretto?

We weren’t opera fans until we ran into Andreas and were able to collaborate on [Purcell’s] The Fairy Queen in 2017 and we adapted A Midsummer Night’s Dream as part of that. We became instant fans. Andreas had worked with Guillermo Gómez-Peña many years ago and he had contacted us in that first piece.

What was your process in co-adapting King Arthur?

Andreas first brought us the idea and we started working on it in the summer. It was going to be a six-months’ turnaround time. To be fair, Andreas knows the piece so well, but we brainstormed, and he wanted to do something with a superhero as a driving force. But the more we talked about it, when you think about King Arthur, it is about a superhero. It’s a myth, so you really don’t know if he’s a real character — a person — or he’s made up.

It’s based on a lot of kings in that era. He was British; Sir Lancelot was a French figure. There was also Avalon and Camelot, so you could go on and on with all the different interpretations. When Andreas brought it to us, we thought of Marvel and [the idea] that everybody’s in love with superheroes, except Martin Scorsese [who decried superhero movies in favor of old-fashioned storytelling]. But the more we started brainstorming and what it takes for somebody to think they’re a superhero, we literally set the whole piece like it’s One Flew Over the Cuckoo’s Nest.

To put it more bluntly, it’s a nut house. We’re calling it the Resilience Mental Facility — a mental-health unit. OK, it’s an asylum, where a guy named Arthur starts exhibiting some bipolar, schizophrenic/depression [tendencies]. And he’s been this way for the last three years because of a certain person in the White House now. That fear we’re hearing and feeling every day — it’s affecting all of us. So he dons a King Arthur outfit and believes he’s a superhero.

In the original King Arthur, what happened to him was he was the Knight of the Round Table — the first knight and he was really scared of the presence of Saxons, who were Germans from Europe, and they were going to invade and had invaded England. He was trying to fight them off, and is calling them savages because they brought disease to England.

So it’s from mythology, and then we’re putting a correlation with a guy named Arthur and he’s in a nut house and he’s fearful of the Other — of people who have a different complexion. There’s also a nurse, Gwen E. Vere — she’s a little bit more kind than [Cuckoo’s Nest] Nurse Ratched, and he falls in love with her because she’s trying to help him. The other character is Lance A. Lott.

We also have a Dr. Oswald, and we’re finding that the people inside this place are trying to help, but Arthur sees them as foes, so he goes on this adventure, dons a superhero outfit, and goes with Lance and tries to rescue Gwen. Oswald explains he’s not an enemy and that a lot of people coming into England are not there to take things away — that they want to add to the country of Britain. We’re going to bring the correlation with what’s happening now — the Other — and these caravans of savages coming here.

How different was it working with Andreas from working on Culture Clash’s own material?

We’ve been doing this for so long that when the three of us get together, it’s a shouting match — whoever can scream the loudest. We’ve taken it to different steps. I’m the lead writer, per se, and I work alongside with Andreas, and once we feel it’s something tangible, then we email it through Google docs. I wish we had this 20 years ago. We’re like the bands that stuck it out. We’re the Chicano Arrowsmith or the Chicano Stones.

So I send the pages over to Herbert and Richard, they look at them, give feedback and we’re at the process where we’re literally finished with the script. There are four singers in this piece playing two characters each. Jamie [Chamberlin] is Wonder Woman, Darryl [Taylor] is going to be playing Thor and Marc Molomot is King Arthur and Cedric Berry is another superhero.

Culture Clash is known for its political and social satire works, with King Arthur falling under that heading, as well. Was this a no-brainer for you?

Andreas gave us that liberty. He said, “Go and run with it.” It’s tricky now — satire is tricky now — because [with] the White House, it’s tough to make up this stuff. It’s like the writers of Veep thinking, “how are we going to top what’s going on when Melania [Trump] plagiarizes Michelle Obama.” Who could make that up?

We’re definitely using double entendres and the comedy is there, but it’s also somewhat dramatic, because you can’t step over that beautiful Purcell chamber music. It compliments itself, but it’s going to be very unpredictable and I’m not going to give away the ending, but it has a definite twist to it.

How about when Culture Clash works on its own materials. Do you finish each other’s sentences, do you get mad at each other? How does that work?

Back in the day, we would be in the same room — literally, the three of us would be over one computer. We first started with a word processor, so we’ve gone from analog to digital, from VHS cameras to iPhones — it’s been a crazy trajectory. But as much as we do humor and satire, the only way it works is [that] you have to have a strong foundation with material, then you can flip it, have fun with it, or else it’ll just be meaningless and it’s comedy for comedy’s sake.

We’ve been tackling anything from racism to homophobia. In Sap [in 2018, based on Aristophanes’s The Frogs] we had fun with it even though it was 2,500 years ago when Aristophanes first did that piece. We poke fun of ourselves and we had Plato and Aristophanes argue with each other.

How much of your work is collective and how much is individual?

That’s a great question. For the most part of our 35-year trajectory — for the first 25 years — we were very much of a collective. We wrote together, we did a lot of plays, from repertory theaters like the [Mark] Taper Forum to La Jolla Playhouse and Dallas Theater Center. The last 10 years we’ve been doing our individual work and we can also get together. We used to be on the road eight months out of the year, but now we have families. I have two daughters and we mostly perform in California in order to stay put.

Are you finding that audiences have changed over the years, and if so, how?

We used to say about the subscribers that they’re so stiff and they’re getting older. We now love our subscribers, no matter what, they’re still holding theater together, they’re still there. We perform with crowds that are conservative or liberal and we love them because they’re there for us.

We always bring in a new audience — whether it’s younger or Latino. I think that’s why theaters keep contacting us. When we do our shows, they see an uptick in ticket sales and throughout the years we’ve done that, because it’s a business. Sure, we’ve sung to the choir and it [seems to] change every five years. We were Mexican American, then Chicanos, then Spanish-speaking and now it’s Latinx. I like to say that it’s Latin Dos Equis, so that way we can have a drink.

But we do bring in different audiences and we love them all. We have a brand-new audience — the young millennials and hipsters that come and see Culture Clash for the first time. That keeps us going.

Politically, these are dire times. Does this make your job easier or harder?

It’s crazy, but it’s like life repeats itself. We went through the Reagan era and these times are worse. We’ve never seen it this bad. The woke culture for us comedians, it’s like walking on eggshells. You talk to anybody now trying to do comedy and you say one wrong thing and it gets blasted. Your intention might even be that. Political correctness has gone way too far. I blame it on the times and with what’s going on with the administration.

We don’t trust each other, we look at each other differently and I haven’t felt that “do you want to have that beer with Bush?” kind of thing. But the fight’s still there. You just pick up the paper and you can riff on it.

With King Arthur, Andreas is an immigrant, too, and we’re looking at the whole thing about human empathy and morality. That keeps fading away, and we’re getting numb to all these things happening. It’s frightening that people just don’t care, that people want to turn it off. Then there’s real tragedy. What better way than an opera to give it some pathos? 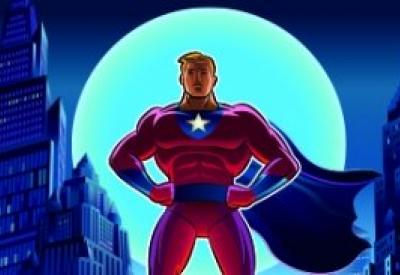 Long Beach Opera Gets Political With In the Penal Colony

Quentin E. Baxter Builds a SoundBox for the Holidays

Tune in to CAP UCLA’s Tune In Festival