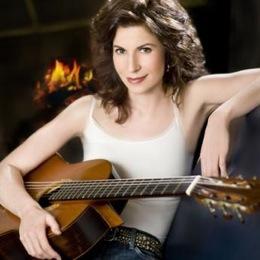 Classical guitarist Sharon Isbin won a 2010 Grammy Award for “Best Instrumental Soloist Performance (without orchestra)” for her CD Journey to the New World. She is the first guitarist in 43 years to receive two classical Grammies (she won the first in 2000). Isbin, who studied with Andrés Segovia and other classical guitar legends, directs the guitar departments at the Juilliard School and the Aspen Music Festival. She has been hailed by Boston Magazine as “the pre-eminent guitarist of our time,” and has appeared as soloist with more than 160 orchestras. She will be performing with the Santa Rosa Symphony Jan. 22-24.

SFCV caught up with Isbin by phone just after three feet of snow fell on Manhattan in late December.

Wow, three feet of snow! What do you do when a blizzard of this proportion hits? I imagine it’s a good time to sit down with your guitar and practice, or maybe knit a scarf.

I don’t knit. Actually, I’m just about to go cross-country skiing. We’ve had one of the rare blizzards of the decade, and I’m going to take advantage of it. I’ve got my skis in the closet, and I’m ready to go to Central Park. It’s one of those things that, when it happens, it’s thrilling.

Do you get to ski much in New York City?

Not so much here, but I was just in Sun Valley, Idaho, performing, and I set aside the day after the concert to cross-country ski, since that’s one of the premier places in the country for beautiful mountains and wilderness skiing. I was so lucky, because that day turned out to be perfect, sunny, not too cold, and I got people to take me out there for hours and miles and it was just absolute heaven.

Do you always take advantage of your surroundings like this?

If I’m going someplace extraordinary, I like to set aside time to see it. For instance, the last trip I took to Brazil, I was performing with my Brazilian percussionist, who comes from an Indian tribe in the Amazon rain forest, Thiago de Mello. We did an album together, called Journey to the Amazon. We performed in a theater in Manaus called the Teatro Amazonas, which was made famous by the Werner Herzog movie Fitzcarraldo, about the building of it. Margot Fonteyn danced there, Caruso sang; it was one of the go-to places after it was built in the late 1890s by the rubber barons.

It was really extraordinary to play there, because these were Thiago’s people. And the sounds of the rain forest and the animals and the wind and the water, they could so respond to it on these instruments he plays that they just went nuts. So after that, we took a trip on the Amazon and stayed in this eco-lodge, which was up a couple hundred feet with all these monkeys and macaws at your window in the morning. It was really extraordinary.

Will you be doing anything special when you’re in the San Francisco area in January?

I’ve done all the touristy things: I’ve hiked on Angel Island, done Alcatraz, you name it. This time I’m just going to enjoy the beautiful weather. After all this snow, it’s always a treat to come to California and see sun.

That will be safe for your hands. Do you ever worry about your hands, what with all the activities you do, like motorcycling through the Greek islands?

I’m just careful. I won’t go downhill skiing, but I’ll do cross-country. I’ll do hiking in the mountains but I won’t do rock climbing. So it’s calculated risk that really isn’t much of any risk.

Can you tell us a little about the music you’ll be playing in Santa Rosa?

The piece I’m playing, by [Joaquin] Rodrigo, is very close to my heart. I recorded it with the New York Philharmonic — their only recording ever with guitar! It’s called the Concierto de Aranjuez. I actually had the honor of meeting Rodrigo in Spain and having a friendship with him for 20 years. It’s one of the most popular works for any instrument with orchestra, because it really speaks to the emotions, the passion, the soul — not only of Spanish music, but of humanity. When he was writing the second movement, his wife was almost dying after a miscarriage, and she did pull through and survive. You can hear the emotions in this movement. [Listen to a short sample of this movement on Isbin’s Web site.]

I notice that when you play, you sometimes are almost in a trancelike state. It’s very beautiful to watch. Does this have anything to do with your practice of Transcendental Meditation?

I’ve been doing Transcendental Meditation for decades. It’s a really great way to access your inner creativity and find ways of really focusing on whatever your goals are. It’s a mechanism of stress release but also of concentration. Part of the effect of Transcendental Meditation is to facilitate the process of going into trance. And when you’re performing at your very best, you’re at one with the music, you’re at one with the energy and the universe — and all that is being shared with your audience. That’s what’s so amazing about live performance: everyone enters into this metaphysical state together. The goal of the musician is to bring the audience to whatever impulses and energy and feelings the composer had when writing.

You seemed very calm when you performed within feet of the Obama family [at the White House last November]. Is this an effect of meditation, or were you just comfortable in the presence of the First Family?

Both. I actually wasn’t nervous at that point. The Obamas were sitting right in the front row. It felt like they were old pals. They’re lovely people, so easy to talk to. It’s great to have someone in office who loves music. Both he and his wife are in support of the arts and appreciative of it and understand how it affects the future of our society and how important it is to be part of children’s education.

How did your own music education start?

When I was 9, my family moved to Italy for a year. My older brother wanted to play guitar, so my parents found a wonderful classical guitar teacher. But it turned out he wanted guitar lessons so he could be the next member of the Beatles, or Elvis Presley. When he saw he’d be learning classical guitar, he said, “No, not for me.” I took the lessons in his place.

What would you be doing now if your brother had said, “Great! I want to be the next Segovia! Bring on the lessons!”?

If my brother had gone for the music, I’d have never become a musician. I would be a brain surgeon or a rocket scientist. I’d probably be at the Jet Propulsion Lab in Pasadena. I used to love making rockets and launching them. They’d go 300 miles an hour and come down by parachutes. My father used to say, “If you don’t put an hour in on guitar, you can’t launch your rockets.” Life would be very, very different right now, but I like how it turned out.