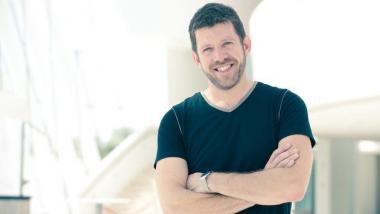 Another Opening to Opera From an Edgy Company

One of the perverse upsides of the pandemic has been the number of long-delayed, now suddenly feasible artistic ideas that have come into being because of the shutdown. Looking for things to do, after paying their singers and musicians a portion of their fees for the postponed 2020 festival, West Edge Opera’s creative team came up with Aperture, an opera development program that merges the technology we’ve adapted to in the pandemic with the hope and promise of future live performance.

In a nutshell, Aperture creates a residency for four composer/librettist teams to begin developing new opera theater works and to share the process with subscribing audience members. Each team uploads short video progress reports on their work and insights into their creative lives during the shutdown, which will be incorporated into twice weekly emails for subscribers. Out of these works a team will select the most interesting, viable works-in-progress for $60,000 commissions and full production, when conditions are safe. And all the works are eligible for the sort of mini-concert performance that WEO pioneered in its highly successful Snapshot series.

“We’re taking the opportunity to say ‘Let’s keep making the art that we will be able to make in another year,’” says composer Brian Rosen, who heads up the Snapshot program. “For me, the most important piece of what we’re providing is connecting the composer to people who care that they’re still making work, because people are so isolated right now that it’s really easy to stagnate and just shut down and this program is about keeping that energy alive: ‘We know you’re out there, what you’re doing is important, please keep doing it.’”

“We’ve been thinking a lot about equity, diversity, and inclusion — it’s in our new three-year plan,” says Streshinsky. “And so when we started thinking about this program, it was a lot about the gatekeeping and who actually gets to choose what operas are made, and about what? And we just felt we needed more diverse voices and so when we thought about the four outside curators, we first of all thought about professionals who would be amazing as part of this. But then we really did want to go for people who were of different backgrounds and colors — we needed a diverse group and so we made sure that the four outside people were leaders in the Bay Area that were of color.”

“The word ‘opera’ is a social construct. And the people who constructed it were not inclusive, obviously. In some sense you have to change the basic nature of how people think of it in order for it to be for everybody,” Khuner notes.

In practice, that means opening up to hybrid or other nontraditional works such as the ones regularly aired in Snapshot concerts, and even on the mainstage in works such as Mata Hari or Philip Glass’s Alan Ginsburg-inspired Hydrogen Jukebox. Streshinsky emphasizes that the company is happy to meet a creative team’s unconventional demands by casting singers who can do what a part requires, whatever that is. “If a character has to rap, then we’d cast someone who has that in their toolbox.”

Khuner, who has worked on the music staffs of San Francisco Opera and the Metropolitan Opera, about as traditional as opera companies get, also has an appetite for risk: “I like to have story content,” he says, “but I’m very open to exploring non-story ways of presenting. And even if we wouldn’t call [a performance art piece] opera, it has a life, it might have things in common with opera, like a family resemblance. And our gatekeepers have a varied approach to what they’re working with, what they’re trying to develop, what they respond to, what they feel they can help nurture, and we’re hoping that this will lead to a lot of cross-fertilization.”

“It’s helpful to have some curators who don’t have a huge opera background,” adds Rosen, “because it ends up, hopefully, creating something of an on-ramp for an audience that maybe isn’t as familiar with opera, who will be discovering it simultaneously with the curators.” And the subscribing audience will then be getting updates on very different projects, heightening the interest and engagement in the process.

For the subscribing audience of opera fans, going behind the scenes this way is going to be a technological first. As Khuner says, musicians are always looking for the musical kernel, the thumbprint or idea that makes a piece of music unique and communicative. “You’re not interested in the composer like you want to meet them, but the more you know about the composer, the more you know about the piece. And now, before the fact or during the fact, you will find out other angles and that will not only help you understand that piece, it will help you understand the creation of any piece.”

For the creators, of course, there is the chance to just learn by doing. Collaboration is hard, and preserving what is essential in your style while accommodating other artists’ demands is its own special form of pretzel-making. “So many composers who are doing opera for the first time after doing symphonic music just aren’t used to all the other people involved,” says Streshinsky. “They’re used to sitting in their room and writing, and suddenly they have drama to deal with and scene changes and they have a director who needs 20 more seconds in that scene change and dramaturgs telling them that the thing doesn’t make sense and that they’re writing screechy music when it’s really introspective. And that takes some adjustment.”

He continues, “We’re talking about the residencies being three full months where they have opportunities to talk amongst themselves. We’re going to get all the teams together, discussing their strengths and weaknesses and struggles and triumphs.

“And we’ve been working on another aspect of this because we badly want to hire singers and we had the idea, using technology that’s available now; we want to hire singers to basically take the temperature of a piece so that the artist will have the opportunity to write 10 minutes of music and then we’ll get singers to record it over Zoom, so that we can have a sense of whether it’s going in the right direction or what we can do to make it better. And a lot of composers I’ve talked to have said that that’s a really great tool to have.”

West Edge Opera Puts Its Annual Festival on Ice Until 2021

The local company plans to preserve this year’s ambitious program and possibly build on it during the gap year.

The annual sampler of four new works is a boon to opera lovers, creators, and producers alike.

A new opera, based on historical records, brings the life of the exotic dancer to the West Edge Opera stage.