Artists on Their Own

“So you’re asking me when did I lose my sanity?” Well, not exactly. What I’d actually inquired about was when did Theresa Wong start thinking about launching her own record label. The Berkeley cellist, vocalist, and composer is part of a wave of independent-minded Bay Area musicians defying the gale force winds unleashed by digital distribution. Rather than submitting to the disembodied world of streaming, she’s doubled down on the power of thoughtfully designed objects with her new label fo’c’sle (a nautical term, short for forecastle, that’s pronounced folk-soul and refers to the forward part of a ship below the deck). 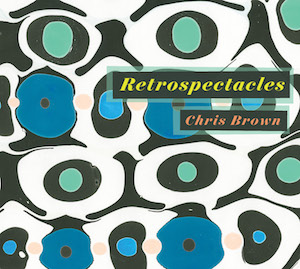 Wong christened fo’c’sle this month with a series of concerts and events around the label’s first four releases, including Retrospectacles, a double-CD retrospective of works for piano and interactive computer composed, programmed, and performed by veteran Bay Area experimentalist composer Chris Brown from the ’90s through 2016, and Pink Sea Thrift by Ellen Fullman, the Berkeley composer and instrument builder best known for her three-decade-plus acoustical investigations via her Long String Instrument installation. Fullman celebrates the album’s release (on vinyl and digitally) at San Francisco’s Institute of Advanced Uncertainty (I.O.U.) Sunday Oct. 28 with a short performance featuring herself on autoharp with Stuart Dempster (conch shell) and Wong (cello/voice), and a conversation between Fullman and Dempster about their work with their late collaborator David Gamper. 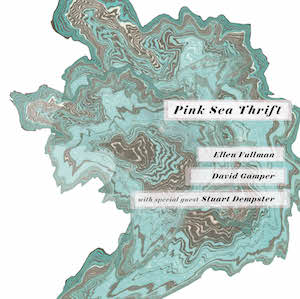 Wong didn’t take creating a new label lightly. She talked to a number of artists who’ve run their own labels “and they said ‘Don’t do it!’” she reported with a chuckle during an interview at a West Berkeley cafe near her house. “But a voice inside said, ‘Just do it.’ All of these musicians I know are in the same situation where you have this music you’ve created on your hard drive. Such an incredible amount of work goes into getting it from that stage to releasing it. But in the process, I’ve not just had so much fun, I’ve had so much satisfaction. The four of us have a piece of work to share with others.”

An intrepid musical explorer, Wong grew up in Danville studying piano and cello and in many ways her seemingly divergent creative pursuits converge naturally with fo’c’sle. Fascinated by model boat building, she found a creative home in Stanford University’s product design program. After graduating Wong spent a year in Vienna enrolled in a school for applied arts, but the city’s thrumming cultural scene drew her back to music and she ended up performing Mozart with a strong amateur orchestra. A fellowship in the Benneton-funded Italian design program Fabrica brought her to Venice, where she had a fateful encounter with British guitarist and Mills College professor Fred Frith at the Venice Biennale.

After moving back to the Bay Area, Wong cast about looking for ways to pursue music and visual arts. While she started performing with Frith’s improvised music ensemble, it was a conversation with Annie Gosfield, the Milhaud Professor of Composition at Mills, that brought her into the college’s creatively expansive fold. Plunging into the school’s vaunted composition program, she found a welcoming community, studying with the likes of Frith, cellist Joan Jeanrenaud and bassist Joëlle Léandre. 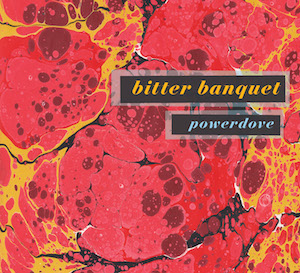 Wong gained widespread attention in 2011 with the release of her riveting album The Unlearning on John Zorn’s Tzadik Records. A collaboration with Carla Kihlstedt, the project features Wong’s 21 miniatures for violin, cello, and two voices inspired by Francisco Goya’s Disasters of War etchings. A similarly searing work of art, Anne Carson’s translations of Euripides’s tragedies, inspired Annie Lewandowski’s songs on the new fo’c’sle album Bitter Banquet by the quartet powerdove featuring Wong on cello, Lewandowski on voice, piano, harmonium, and electronics, David Yearsley on harpsichord, fortepiano, clavichord, and Russell Greenberg on percussion and vibraphone (Lewandowski celebrates the release of Bitter Banquet Sunday Dec. 9 at I.O.U. with guitarist Fred Frith and Wong on cello and voice).

The undertaking might be crazy, “but I’m having a lot of fun,” Wong said. “I’ve been lucky. I’ve been able to release on other labels. I’m careful not to be on any feminist soapbox, but I do feel strongly the majority of labels are run by men with releases by men. I’ve got a real strong fire in the belly to change the power structure, to change the playing field.”

Like all the fo’c’sle albums, Bitter Banquet features striking cover art by Wong. “Part of the joy is doing the design,” she says. “I’m an obsessive person, and I want the liner notes and to know what microphone the artist used and who played that cowbell. You read the credits and you find these weird connections across collaborations. Chris Brown’s retrospective has six pages of liner notes with details about pieces he first performed in the ’70s. To download that without context seems like such a loss.” 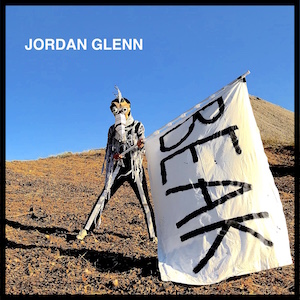 She’s hardly the only musician in these parts stepping into the void left by the wreckage of the old music biz order. Drawing from an overlapping scene orbiting around Mills College, guitarist Karl Alfonso Defensor Evangelista recently unveiled Geomancy Records, a label seeking to document “the adventurous, often unheralded music emanating out of the Bay Area underground.” The first round of releases include drummer Jordan Glenn’s BEAK, Hard Pass’s Gentleman Surfer, and Electric Ghost Parade by Evangelista’s improv avant-rock combo Grex. It’s a disparate array of music connected by “the nexus of free improv and avant garde rock using experimental elements, song-based music that has had trouble finding a home,” says Evangelista, who founded and runs the label with Inner Ear Brigade guitarist Bill Wolter..

Like fo’c’sle, Geomancy leaves it to up the artists how to release their albums. Since the first batch of albums became available the response has been both heartening and revealing. “There’s been a tremendous influx of interest,” Evangelista says. “Regardless of the business mechanics there’s clearly a deep-seated need for new label options. I’ve heard casually or formally from a dozen artists since last week, people saying I have an album that I need to find a home for. For us it’s now about finding the scope and how much it’s practical to take on.” 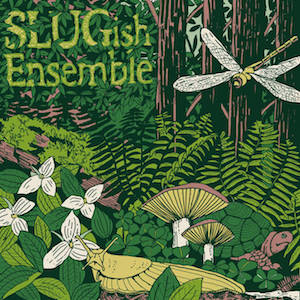 Multi-wind player Steven Lugerner and trumpeter Ross Eustis created Slow & Steady Records in response to the same need, starting with their own quest to find a home for new projects. After two years toiling on his SLUGish Ensemble’s An Eight Out of Nine Lugerner faced “shopping it around or self-releasing,” he says. Looking for some advice, he sat down with veteran Berkeley producer, booking agent, and publishing manager Hans Wendl.

“He said you’ve been doing it on your own for this long, just keep doing it,” recalls Lugerner, who celebrates the release of An Eight Out of Nine at Oakland’s Studio Grand on Nov. 5. “He gave a super realistic overview that was discouraging on some levels, but encouraging in a different way. It made me think about a class I took at the New School with Bob Horowitz, the founder of Nonesuch. He said, if you put out good music, you’ll get recognized over time. The name of the label embodies that, Slow & Steady wins the race.” 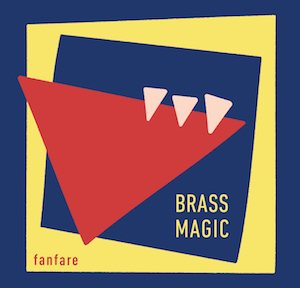 The first batch of Slow & Steady releases also includes Fanfare by saxophonist Raffi Garabedian’s Brass Magic, Saratoga-raised, Los Angeles-based pianist Richard Sears’s blazing new sextet album Iron Year, and an eponymous album by trombonist Danny Lubin-Laden that he quietly made available over Bandcamp two years ago. The players are linked by their connections to the New School and often perform and record in each other’s ensembles (Lubin-Laden is a member of SLUGish and Eustice plays in Brass Magic which celebrates the release of Fanfare at Oakland’s Starline Social Club on Oct. 25).

More than a vehicle for releasing new music, they see Slow & Steady as a way to help “make our scene as great as it can be,” Lugerner says. “We’re trying to be a platform for artists who are underrecognized and don’t have much infrastructure. This came about after many conversations with other musicians. We’re all in a similar boat. A lot of what gets attention is very East Coast dominated. We’re trying to start a new narrative.” 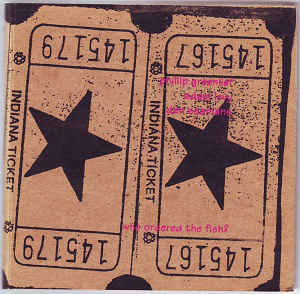 Initially inspired by stalwart L.A. multi-instrumentalist Vinny Golia’s prolific Nine Winds label, Greenlief created Evander to release Trio Putanesca’s Who Ordered the Fish?, his trio project with guitarist Adam Levy and bassist Dan Seamans. Giving up a staff teaching gig a few years ago left him without the resources to subsidize the label, which he’s only using these days to release albums of his own and The Lost Trio, a collective ensemble.

After decades in the trenches, he sees the flexibility of DIY labels as a primary strength. An artist-run endeavor “doesn’t have to behave like the big labels or even other indies,” he says. “There are so many ways you can go about releasing music. It’s clear that Theresa and Karl are very committed artists who want to keep their music out there. I think recordings still play an important role. You can’t just do live shows. A lot of people can’t get to shows all the time.”

Ultimately, that’s the question that all musicians documenting their own music face. What role do recordings play in an artist’s life now, when the economics of reproducing and disseminating music has changed so radically? Is there something inherent about our attention spans that make experiencing music in 35–75-minute increments particularly satisfying or is that a response conditioned by the conventions of performance and 20th-century technologies like the long-playing record, cassette tape, and compact disc? That’s a can of worms for another story, but clearly musicians still see considerable value in coming together with peers to release music they’ve spent precious time and money in creating.

Fantasy Studios in Berkeley to Shut Down

The world-famous recording venue will close in mid-September.