Berkeley Festival and Exhibition: Early Music to Die for, and to Thrive By 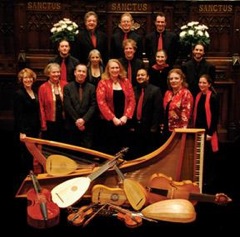 Sign of the times: The Berkeley Festival and Exhibition is going mostly local this year. That’s in response to the depressed funding cycle that coincided with the serious recession of the past two years. Questions linger about the festival’s stability and long-term organization, but fortunately they stop at the concert hall doors. Lacking the debuts of hot, emerging early-music stars or big productions, this 10th edition of the festival highlights the Bay Area’s own, amazingly vibrant early-music community.

There’s no lack of ambition in this year’s festival. Artists’ Vocal Ensemble (AVE) will do Carlo Gesualdo’s mind-bending Tenebrae; New York’s ARTEK Ensemble sings the delicious Fifth Book of Madrigals by Monteverdi; and the culminating concert features a potpourri Vespers service with all the main-stage groups — 65 musicians! — performing together, coordinated by Warren Stewart, Magnificat’s artistic director. And that’s not to mention the more than 50 (that’s not a misprint) fringe concerts, ranging from the deeply silly to the deeply moving, in 15 different venues. 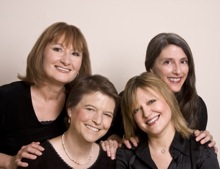 On the fringe, you could attend another of the popular “chant camps” led by Anonymous 4’s Susan Hellauer and Marsha Genensky, these two focusing on learning to sing Renaissance polyphony (no experience required); hear master storyteller Tim Rayborn spin early medieval epics with interwoven songs; or pick your favorite Haydn string quartet movement to hear, in a program chosen on the spot by the audience. (Don’t try to fool the New Esterházy Quartet in this repertory. They’ve just spent two and a half years performing everything the composer ever wrote for string quartet.) Musica Pacifica previews its upcoming CD release, Dancing in the Isles, a collection of 17th- and 18th-century dances and folk music from England, Scotland, and Ireland. Wildcat Viols brings you Henry Purcell’s fantasias, while Voices of Music presents the Bach violin sonatas with the indefatigable Carla Moore as soloist. You can see the full schedule here. 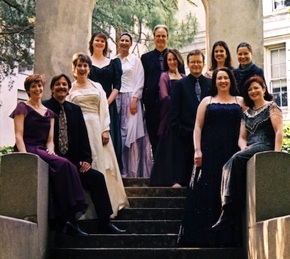 With all these riches, Stewart is confident in the face of economic difficulties. “This season we [Magnificat] doubled our ticket sales. There’s a real thirst for new things,” he says. And that extends to the Vespers service he’s organizing, which has a little bit of everything in it. “We were looking for a way in which all the main-stage ensembles could collaborate in a kind of once-in-a-lifetime performance,” Stewart says.

And that idea went well with the Vespers service [the theme of Early Music America’s annual conference, which they’re holding again at the Berkeley Festival]. The Vespers service provides you with a nice framework for a concert. You have a series of psalm settings leading up to the Canticle of Mary, known as the Magnificat. In Italy, in the 17th century, they were looking for ways to add more beautiful music to the service, so they would throw in an instrumental piece after a psalm or some other vocal music. So the idea was to choose a wide palette of great composers from Venice and to give each ensemble a moment in the spotlight.

Harvey Malloy, the relatively new executive director of San Francisco Early Music Society, has learned firsthand about the mind-boggling variety of the Berkeley Festival. When the festival’s founder, talent scout, and chief cattle-prod, Robert Cole, resigned as director of Cal Performances, Malloy and SFEMS stepped into the producing role, and Malloy got some fast on-the-job training.

“Bob Cole has been working very hard to mentor us through this,” Malloy says.

The whole festival is, by necessity, a collaborative effort. But SFEMS stepped in this year as the lead organizer because somebody had to do it, but also because SFEMS is the leading service and membership organization for early music in the region. [It has over 800 member groups throughout Northern California.] Of course, since the beginning, we have organized several of the main-stage events.

But we’re not doing it on our own. Early Music America is involved [in planning the Exhibition], and Cal Performances is supporting us, both financially and with some logistics like the box office services and staff time. And we’ve always had support from the William and Flora Hewlett Foundation, which helped develop SFEMS’ internal competency to carry on with the festival.

Still, the shoestring budget has forced some economies that, in the long term, would prove untenable. “Some of the groups are producing or coproducing their own events,” Malloy reports. 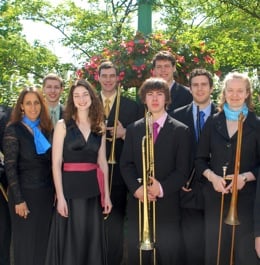 The American Recorder Society The American Recorder Society is coproducing the Marion Verbruggen Trio concert, Magnificat is producing its concert and coproducing the grand finale. In some cases [groups are] taking only box office. The University of Indiana alumni are helping [pay for the appearance of Sacabuche]. Naturally, they want the exposure for their music program at Indiana University, but Sacabuche is an award-winning group and they’re bringing international early-music stars (Paul Elliott and Nigel North). And they’re bringing out a huge group. Nobody is getting paid full fees. And ARTEK, too, with 15 performers: Their compensation is nowhere near what it costs them to come out here.

The early-music community’s awareness of the fiscal crisis allows for this risky behavior, but it’s hard to imagine the festival’s going forward for long on that basis. Malloy and Cole are counting on re-involving Cal Performances on a much more active level in the next festival. “Obviously, Cal Performances has resources and capabilities that no one organization in this area has,” says Malloy. “Their participation is very important to us, and we are hoping that they’ll be able to take more of a leadership role in 2012.”

For its part, Cal Performances has always expected to return as a leading partner in 2012, once the current world fiscal instability has calmed a little. Says its new director, Matias Tarnopolsky, “ In 2010, as was the case in 2004, Cal Performances was unable to take its leadership role as producer of the Festival because of the extraordinarily difficult financial environment in which we are operating. We have, however, provided essential financial and administrative support this year and will return in our full capacity as lead producer of the Festival in 2012. I’m delighted to say that we have already begun planning that year’s Festival. We are fully committed to the Berkeley Festival and Exhibition”

Count this as a transition year, then. But Cole, the festival’s founder, is still strongly involved. Now on the SFEMS board, he believes that his plans have matured for involving a number of major players in the early-music scene, though even he isn’t sure how the funding situation will play out. When I mentioned the concern that the festival might recede in importance or even dissolve, Cole agreed. “There’s a money question, sure, but also whose priority will it be [in future]? And how many people will be involved? Because you need a collaboration to make it happen.”