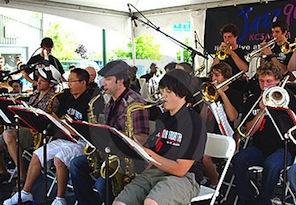 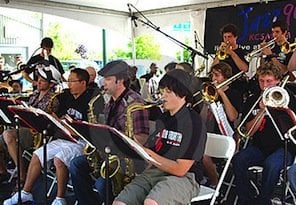 Over the last 35 years, Berkeley High School has produced an inordinate number of prominent jazz musicians, among them saxophonist Joshua Redman, trumpeter Steven Bernstein, pianist Benny Green, and multi-instrumentalist Peter Apfelbaum. They came up through the city’s exemplary public school jazz program, a districtwide farm system that gets kids swinging in grammar school.

“I wouldn’t be playing music today if it weren’t for the Berkeley jazz program in general, and Berkeley High in particular,” said Redman, the celebrated improviser and bandleader who took up the saxophone in the fifth grade at Longfellow Elementary School.

Like countless other kids who played in the bands started by the late, much-loved music educator Phil Hardymon, Redman aspired to join the renowned Berkeley High School Jazz Ensemble, the latest incarnation of which performs at the school’s Little Theater on Nov. 18.

He remembers being blown away by the band that held sway in the late ’70s, when he was still in grade school. It featured a bunch of gifted players whose names would later become familiar to jazz fans around the world, including Green, Bernstein, saxophonist Craig Handy, and drummer Dave Tull. Another member was the fine trombonist Sarah Cline, who recently was named director of the Berkeley High jazz program, the first alumnus to lead the prize-winning ensemble.

“The music was exciting. I thought, I’ll never be as good as those guys,” said Redman, a Harvard graduate who blew off Yale Law School to become a professional musician. He was talking by phone from his Berkeley home, where he was spending time with his family before heading off on a European concert tour with pianist Brad Mehldau. “It was inspiring to hear that band. You felt something special was happening with jazz in Berkeley, and if you were lucky, you might get to be a part of it someday.”

The music was an integral part of the move to integrate the Berkeley schools.

Playing in the high school band “really gave me a sense of the importance of the social aspect of music, the camaraderie,” he added. “There was a sense that music is fun, that music is friendship. And I’ve carried that with me ever since.”

So has Cline. She attributes that attitude to Hardymon, who started her on trombone when she was 9. A respected trumpeter and arranger, he began teaching at Berkeley’s Washington Elementary School in 1966 at the behest of its jazz-loving principal, Herb Wong, who’d started a jazz program there. The music was an integral part of the move to integrate the Berkeley schools. Wong brought in Duke Ellington and Oscar Peterson to play for multicultural crowds of school kids.

“It was a political movement as well as a musical movement,” Cline said. “That’s what makes it different from almost every other school music program.”

Birth of Jazz in the Berkeley Schools 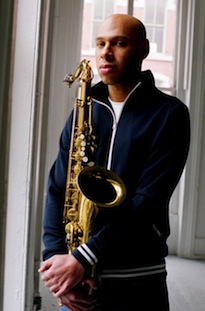 In 1975, Hardymon became the band director at Berkeley High. Drawing on talent trained in the lower grades — the minors, so to speak — he put together a top jazz ensemble. The band, which played the Monterey Jazz Festival and would later perform at Switzerland’s Montreux Jazz Festival under the direction of Hardymon’s successor, Charles Hamilton, became famous for its passionate playing and star soloists.

“Mr. Hardymon always treated us like adults, like intelligent beings,” said Cline, talking in the lime-green band room before rehearsing the ensemble on a recent afternoon. “He loved the music, and he was funny and kind. He gave everyone a chance to play. My friend Alison Bernstein, who played tenor saxophone, said he got everybody to play their best all the time. But he didn’t do it by yelling, or parading your deficiencies in front of the group. He built you up.”

Cline, who was playing professionally in her teens and can be heard these days with Julio Bravo’s Latin orchestra and the Montclair Women’s Big Band, takes the same tack with her students. She put them at ease as they grappled with Michael Abene’s complex and demanding arrangement of Sonny Rollins’ classic Oleo. It’s a fast number full of blaring, dissonant chords and intricately layered parts.

“Count like crazy,” Cline told the band. She slowed down the tempo so the musicians could put the right notes in the right place. “Bebop can be really frantic music, and you sound really frantic. So maybe we’re nailing it in a certain way,” she said, cracking up the musicians. “But let’s try to get it a little more controlled.”

After woodshedding the opening section for a few minutes, she stopped to ask the players what they noticed or liked about the first part of the piece.

“It’s just outside my range,” replied lead trumpeter Danny Bennett. That prompted Cline to talk about how Stravinsky had written the opening bassoon solo in The Rite of Spring beyond the instrument’s normal range to get the singular sound he wanted.

“I think the reason Berkeley High has put out so many great musicians is individuality.” – Harry Meyerson

Playing Oleo one more time, up to tempo, the band filled the room with a swinging blast of sound. Progress had been made. Cline smiled, and then went around the room and asked each musician what he or she needed to practice to get it right. They all knew what needed work.

Harry Meyerson, one of three excellent drummers in the ensemble, took a break while his colleague Marcello Bourke-Perez powered the band through Horace Silver’s Nutville.

“Sarah is really focused and knows what she’s doing,” said Meyerson, a senior who had the pleasure of playing in the band under the direction of Hamilton, a noted Bay Area trombonist who took over from Hardymon in 1981 and carried on the tradition with distinction until retiring two years ago. “She was in the band under Hardymon, which is really cool.”

Meyerson, a clean-cut fellow with black-framed glasses, is another one of those Berkeley kids who dreamed of playing in band, which has always stood out from the crowd at competitions, and not just because the musicians have never worn matching blazers and ties (or tie-dye, for that matter).

It’s About the Individual 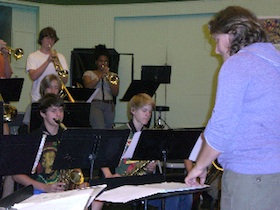 “I think the reason Berkeley High has put out so many great musicians is individuality,” said Meyerson, who studies privately with drummer Josh Jones, another noted alumnus. “So many bands we see at festivals focus on conformity and playing the parts as written, which is great. But we’ve always had a huge emphasis on soloing and the individual, in the band and the combos.”

Guitarist Jonah Udall, who started playing at the Jazzschool in Berkeley, where many Berkeley High students study privately and play in the ensembles, picked up Meyerson’s thread.

“We have always emphasized not only soloists but playing with soul,” said the long-haired guitarist. “Judges always tell us we look like we’re having the most fun, and sound like it, too.” He attributes much of the jazz program’s success to “the incredibly supportive and musically inclined community we have in Berkeley.”

That community has kept Berkeley’s public school music programs going in the face of budget cuts that have decimated arts programs around the country. The parents of the high school jazz ensemble players raise the money that pays for the pros who lead sectionals every Wednesday. One of them is classical trumpeter Owen Miyoshi, a member of Northern California’s so-called Freeway Philharmonic.

It’s hard to imagine the band that Benny Green fondly recalls for its roguish vibe and “gladiator spirit” being from anywhere but Berkeley.