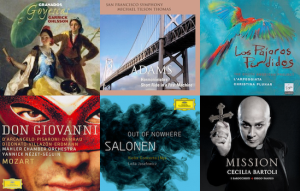 Best CDs of the Year

Over the past year, SFCV has reviewed 55 of the top classical CD releases of 2012. And while we missed a few great ones that garnered universal accolades, there are still easily a double fistful of highly recommended recordings that you can use as stocking stuffers, or as an end-of-year splurge for yourself. Here they are, in order of appearance, along with our reviewers’ names or initials when their review is excerpted. Be sure to click on the title of the CD if you'd like to listen to part of the recording and/or buy the CD. 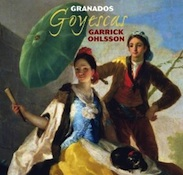 Garrick Ohlsson wanted to record Isaac Albeniz’ masterpiece Iberia, but the recording company (Hyperion) had just issued one, so they all settled on Enrique Granados’ equally marvelous Goyescas. Ohlsson made the most of the opportunity.

“Goyescas are based on infinite modifications of relatively short tunes, enriched by ornamental, harmonic, and coloristic variations. Intricate, quicksilver figurations weaving around main melodic lines that travel through different voices, luxurious harmonies, and incessantly shifting tone colors provide fertile ground for the pianist’s virtuosic skills and imagination. Ohlsson takes full advantage of these opportunities, using the composer’s indication at the beginning of the score, ‘con garbo y donaire: avec beaucoup de grâce’ (with charm and much elegance), as a guiding principle. His performance is marked by immaculate passagework, strong poetic sentiment, and, of course, charm and much elegance.” (Anatole Leikin) 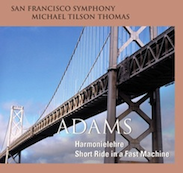 Finally, the orchestra that commissioned Adams’ breakthrough symphony records it. This iconic work, from 1985, is thrilling, and the live performance has an extraordinary emotional scope, which is the way the symphony comes across when you hear it in the concert hall.

“The performance, from December 2010, is extraordinary in its control of the long arcs in all three movements. Everything happens organically; no sudden lurches occur, and the music simply comes on, wave after wave.” (Michelle Dulak-Thomson) 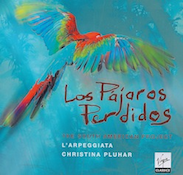 A total surprise, this one: An early spring throw-in boasting the brilliant countertenor Philippe Jaroussky and a number of Latin American Baroque rarities, this CD simply seemed interesting. But our reviewer ended up giving it one of the most unequivocal raves of the year. From the review:

“Pluhar’s gang not only improvises equally well, but also lets loose in a manner all their own. On a host of tracks, not the least being ‘Pajarillo verde’ (Little green bird), the percussionists take their cue from the vocalist’s bite — in this case, Mancini’s — and go to town. Theirs is some of the wildest and most exciting pounding that you will hear on any disc with a baroque pedigree. … Get this disc.” (Jason Victor Serinus) 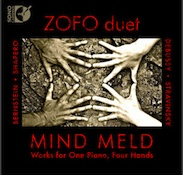 I’m really happy that this duo-piano team, which SFCV has been following for some time, was recognized with a Grammy nomination. This ingratiating, virtuosic CD, which ends with an arrangement of The Rite of Spring, is worth more than one listen.

“… in this CD, their unusual combination of bravura and depth is obvious from the get-go. … The pianists have their distinct voices, but the combination is an integrated whole, similar to a great orchestra’s fusion of individual instruments.” (Janos Gereben) 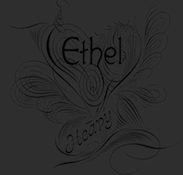 This string quartet takes it for granted that a broad audience can listen to this “contemporary classical” album without much intervention (that is, explanation in the form of album notes). And it’s right, even though the works are “heavy.” The quartet’s excellent repertoire choices and the visceral, exciting music-making combine to imaginatively alter the basic quartet sound.

“Like nearly everything here, [Don Byron’s Four Thoughts on Marvin Gaye] makes extravagant use of sounds we all knew string quartets could make, but hadn’t imagined being used in quite that way. John Halle’s Sphere[’]s begins with a sort of multilayered barrage of aggressively un-pretty sound, but ‘old-style string quartet’ fragments are always surfacing; the piece is practically a grudge match between the grungy and the conservatory-trained.” (MDT) 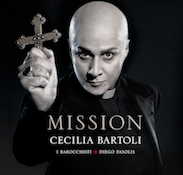 Thanks to a huge fan base and an even larger appetite for adventure, mezzo-soprano Cecilia Bartoli has done more to gain wide exposure for great early-music composers than any 50 other people on the planet. The latest to benefit from the Bartoli treatment is Agostino Steffani, who, like many 17th-century composers, was far more influential and talented than suggested by his “never heard of him” contemporary status. Bartoli, of course, excels as always, and makes us feel as if we actually do know this music and are coming back to it after an absence.

“The care that [Diego] Fasolis and I Baroccchisti have devoted to instrumentation deserves copious praise. Color and texture reign supreme, with instrumental combinations chosen to highlight the overtones in Bartoli’s voice. The recording itself won’t win any honors — Bartoli occasionally sounds as if she’s singing in another room and pasted atop the ensemble, and the big exclamations sound too closely miked — and the high-resolution download thankfully provides a better sense of breadth, depth, and dynamics. Yet it matters little before artistry so faultless.Given the quality of Steffani’s music, Bartoli’s project might best be regarded as ‘Mission Triumphant.’” (JVS) 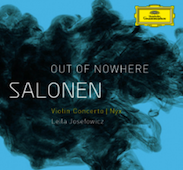 Esa Pekka Salonen is a great composer who has sometimes been in danger of being overshadowed by Salonen the great conductor.

Hence the title of SFCV’s review of this disc, on which violinist Leila Josefowicz does full justice to composer Salonen’s highly original and brilliant violin concerto.

It’s a journey of a piece, well-described in Michelle Dulak-Thomson’s review. It’s unexcerptable, but short.

Read the entire thing to get a feel for this piece. 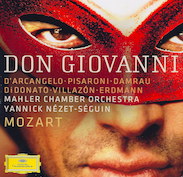 With such an extensive back catalog, no recording of Mozart’s Don Giovanni can claim to be definitive. They’re all points on a graph of constantly evolving interpretive traditions. With two leading ladies of the quality of Diana Damrau and Joyce DiDonato, and with Ildebrando D’Arcangelo voicing the Don in a bass that “conveys the essence of a soulless man,” this is definitely a recording for our times.

“Nézet-Séguin and his stellar cast pour so much personality into the recitatives that tie the opera together as to make them gripping in and of themselves. When the arias and ensembles begin, they seem to arise organically because the level of sheer emotion demands nothing less than to overflow into song.

“In the end, if Nézet-Séguin can’t top Giulini’s cast, his conception is every bit as compelling. Despite a few missteps — Villazón sings too loudly in the exquisite prayer trio that precedes the ball, which causes his dark timbre to upset Mozart’s exquisite harmonic balance — Nézet-Séguin’s apt tempos, plus his use of recitative and period-authentic embellishment to illuminate the inner workings of his characters, make this recording indispensible.” (JVS) 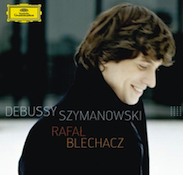 Two great tastes that go great together: Here we have a Polish pianist devoting part of a CD to his early-20th-century countryman, Karol Szymanowski, and putting him not-quite in context with a few suites by Claude Debussy. The Debussy is expertly played, and the introduction to Szymanowski makes the album even more worthwhile.

“All the music performed here was written within the same decade … and most of it is marked by Baroque influences, yet this is where resemblance stops. Debussy’s textural transparency and lucid modality stem from his belief that ‘French music is clearness, elegance, simple and natural declamation.’ There is a tangible impact of Baroque harpsichordists, particularly the French, in Debussy’s limpidly precise piano writing. Szymanowski, at least in this early stage of his career, preferred jam-packed, chromatically overwrought sonorities and fugal intricacies characteristic of organ music of the German Baroque. Such a dichotomy might be tricky for a performer, though Blechacz handles both styles with confidence, creating gripping accounts, each in its own fashion.” (AL) 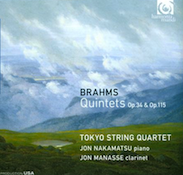 Whoever doesn’t already own a recording of Brahms’ Clarinet Quintet and Piano Quintet, and even those who do, would feel totally satisfied with these dramatic, involved performances of evergreen masterpieces. The Tokyo Quartet, obviously, is still one of the best quartets in the world and its partners are equally involved in an unshowy way.

“… from the beginning you’re struck by the beauty of Manasse’s tone, glowing and round and liquid as he goes from register to register. It insinuates itself into some passages so thoroughly that you barely care who’s playing what — a tribute to the Tokyo’s rich, dark, and sumptuous sound. … Nakamatsu is very fine here, as everywhere; he, like Manasse, has a talent for getting into the texture and not overlording it like a concerto soloist. As for the Tokyo, no praise is enough.” (MDT) 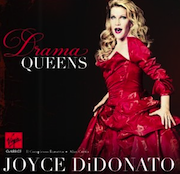 We didn’t review it (you can listen to an MP3), but it’s clear, from her rapturously received concert of the CD’s material at Sonoma State’s Green Music Center, that this is one of the albums of the year. In his performance review, our critic wrote:

“Supremely demanding coloratura runs, graced by perfect trills in all registers, and a host of improvised ornaments that ratcheted up the degree of difficulty by several notches were negotiated with ease over multiple octaves, seemingly without effort. …

“One of her most remarkable effects came in the recapitulation to Porta’s ‘Madre diletta abbracciami’ (Dearest mother, embrace me) from Ifigenia in Aulide, where swelling and then diminishing volume on ‘Madre’ gave the impression of an extended sigh. Every embellishment in the aria made both musical and emotional sense, expressing a pain deeper than words. That DiDonato managed to maintain emotional inwardness in the midst of such a technical showpiece was nothing short of remarkable.” (JVS)