Cabrillo Festival to Go On Without Alsop 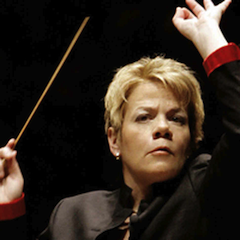 Marin Alsop — the artistic director of the Cabrillo Festival of Contemporary Music for 21 years — is the face of the festival. Fully realizing that, she took a week after being injured to make the decision to not conduct at the Aug. 2-10 event in Santa Cruz.

Conducting duties will be shared by Carolyn Kuan and Brad Lubman.

Alsop, 56, is one of the busiest conductors around. Her posts — besides Cabrillo, the Baltimore Symphony, and emeritus status with several important organizations — include the job of chief conductor of the Sao Paulo Symphony Orchestra in Brazil.

It was in Brazil last week that Alsop fell in her hotel room, damaging her wrist. Called a minor injury, it nevertheless forced her to cancel numerous appearances in July, and yesterday, on her doctor's advice, she withdrew from conducting at Cabrillo in August as well. 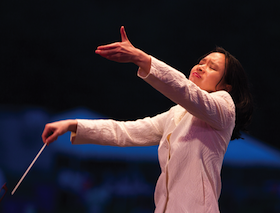 "While I am deeply disappointed that I can't conduct this year's festival, the adventurous program that we've put together will delight and surprise in the way only Cabrillo can," Alsop said. "And I have the greatest confidence in Carolyn and Brad to bring this new music to life." 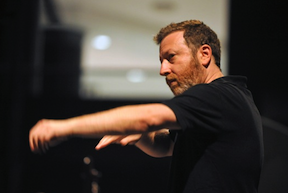 The festival will also feature a U.S. premiere by Philip Glass and West Coast premieres by Rouse and Walker. Cellist Johannes Moser makes his festival debut in Chapela's MAGNETAR; and the festival presents the American debut of Emil Jonason, a charismatic Swedish clarinetist who came to the world stage with his 2012 performance at the Nobel Prize ceremonies.

Kronos Quartet's world-trotting celebration of its 40th anniversary will continue at the festival on Aug. 4 and 10, then in Mission San Juan Bautista on Aug. 11.

In a programming change, Brett Dean's Fire Music is no longer on the schedule for Aug. 3; instead, Mason Bates performs electronica with the orchestra in his Alternative Energy, an "energy symphony, spanning four movements and hundreds of years.

Under Alsop's leadership, the festival has continued its "tradition" of winning the prestigious ASCAP Award for Adventurous Programming; last month, it was the 32nd consecutive annual award for the 51-year-old festival.