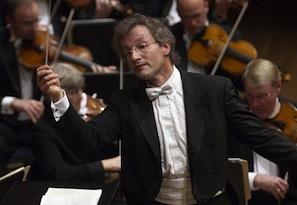 The Cleveland Orchestra is in a tough but exciting situation. The challenges it’s facing are both serious and ripe with promise. On the one hand, it’s in debt, and the city it’s based in is getting smaller. On the other, it’s a great orchestra, and every day it’s finding new ways to capitalize on its reputation.

Unlike its colleagues in the “Big Five” club, Cleveland is no thriving metropolis. No matter the renaissance under way and the many signs of hope across northeast Ohio, the perception endures that Cleveland can’t afford, and maybe doesn’t deserve, the world-class orchestra it’s had since 1918.

The math certainly supports a pessimistic view, at least right now. After several years of relative stability, the orchestra now has a deficit of $2.7 million. Meanwhile, its endowment has been battered, and subscriptions, once a bulwark, are becoming a thing of the past. On many a traditional evening, Severance Hall is perhaps two-thirds full. 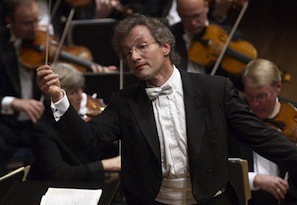 But that’s a traditional evening. Other nights, when the orchestra’s experimenting, having fun, accompanying ballet, or presenting an opera, tickets can actually be hard to come by. Three years ago, Music Director Franz Welser-Möst started importing Mozart productions from Zurich, where at the time he served as general music director; listeners went wild. They’re likely to do so again later this season, when he brings in soprano Nina Stemme — the Brunnhilde in San Francisco Opera’s recent Ring cycle — to headline Strauss’ Salome.

Also in 2009, the orchestra launched “[email protected],” a series featuring shorter programs with no intermission and with postconcert presentations of world music in a clublike atmosphere. Patrons of the San Francisco Symphony may be used to this sort of thing, but in Cleveland it was a daring move. Almost as daring, indeed, as playing chamber music in a bar, which one intrepid group of orchestra musicians has recently started doing, with tremendous success. In any case, the experiment paid off. “[email protected]” now stands as one of the brightest spots in the entire lineup.

These aren’t acts of desperation. If the Cleveland Orchestra is on any edge, it’s not that of survival but rather that of what’s possible. Even the journey now under way, the trip that’s bringing Cleveland to San Francisco for concerts at Davies Symphony Hall on April 15 and 16 and to the new Smith Center for the Performing Arts in Las Vegas, is an example of how skilled the organization has gotten at reaching and cultivating new audiences.

If the Cleveland Orchestra is on any edge, it’s not that of survival but rather that of what’s possible.

These days, when major gifts come in, they don’t just go to general operations. They also fund the Center for Future Audiences, an institutional entity solely devoted to outreach. So far, the two-year-old center has reinvigorated the orchestra’s student ticket plan at Severance Hall, instituted a busing program, and enabled listeners under 18 to attend free concerts at Blossom Music Center. What effect these initiatives will have in the long term remains to be seen, though the early results are encouraging.

Then there’s touring, the orchestra’s saving grace. Ten or 15 years ago, if someone had predicted the Cleveland Orchestra would one day have a second home in South Florida, the idea would have sounded crazy. Today, though, that’s exactly the reality, and the project is going down as a case study for other orchestras to consider, if not emulate.

What started out as a “residency” at the Adrienne Arsht Center for the Performing Arts is today the Cleveland Orchestra Miami, an almost-freestanding entity with its own board, staff, and volunteer supporters. And it’s getting larger. Next season, the orchestra will spend four weeks instead of three in Miami, meanwhile collaborating more extensively with local artists and presenting bolder repertoire.

Last year, too, the orchestra began a long-term, biennial residency at New York’s Lincoln Center Festival, kicking things off with a heavy but well-received feast of Bruckner, Welser-Most’s cause célèbre and the subject of several DVD recordings. Reportedly on tap for summer 2013 is Zurich’s production of Hindemith’s Cardillac.

The atmosphere today is one of determination, of long-overdue gameness to collaborate, experiment, open up.

Yet Cleveland isn’t just diversifying in South Florida and New York. It’s truly going global, in a grand effort to offset the challenges associated with selling tickets in northeast Ohio. The Miami project comes in addition to similar but less comprehensive biennial residencies in the European cities of Vienna and Lucerne, where Welser-Most is both better known and more universally admired than he is here. Eventually, too, the orchestra may end up a resident of the Philharmonie de Paris, currently under construction and scheduled for completion in 2014.

Don’t think this doesn’t make Clevelanders nervous. After all, we’ve been jilted before, albeit under much different circumstances. Twelve years ago, we tried sharing our ballet company with San Jose, a city warm and wealthy like Miami, only to end up losing it altogether.

Some, of course, wouldn’t mind seeing at least a part of the orchestra — namely, Welser-Most — bid Cleveland auf wiedersehen. Ten years into his tenure, with six years left on his contract, the conductor remains a controversial and widely misunderstood figure, an artist almost unusually capable of dividing opinions.

Certainly, one can find fault with his performances. Welser-Most often speaks of unpacking the famous Cleveland sound, and of downplaying interpretation while playing up the autonomy of the musicians. That mission alone makes some listeners worry. Others dislike the effect of the concept, claiming vacancy: music without a viewpoint.

Besides that, Welser-Most is no passive observer on the podium. He’s every bit as capable of making a radical, bold, or downright maddening interpretation as any other conductor. One could almost say that the more mainstream the repertoire, the more likely Welser-Most is to push boundaries. But that implies there’s a pattern, and with him, there isn’t. To his credit, he’s unpredictable.

Where Welser-Most, a native of Austria, falls short, especially next to someone like S.F. Symphony’s Michael Tilson Thomas, is in American music. In truth, he rarely considers it, leaving guest conductors to do the job of presenting the core masterworks. But those who still toss around the cruel nickname conceived for Welser-Most by critics in London 20 years ago aren’t just mean-spirited. They’re misinformed, and simply haven’t been paying attention.

There are huge swaths of the repertoire in which Welser-Most is undeniably brilliant — opera, for instance, or any score involving text and voices. His Bruckner, too, is profoundly, memorably moving. Ditto his Strauss. He’s even got a knack for Shostakovich. He’s also a decent advocate of contemporary music. Responding to the San Francisco Symphony’s wish for commissioned works, Welser-Most came back with Thomas Adès’ Powder Her Face Suite and Kaija Saariaho’s Orion, a piece he’s actually programmed several times at home. Under his watch, the orchestra has been an active commissioner and performer of new music.

The orchestra hasn’t yet announced the details of next season, a step it usually takes in March. These days, the institution isn’t the well-oiled machine it used to be. But that’s also part of the excitement. For better or worse, it’s not business as usual at the Cleveland Orchestra. The atmosphere today is one of determination, of long-overdue gameness to collaborate, experiment, open up. Together with Welser-Most, the orchestra is learning to look forward.

Zachary Lewis is classical music critic of The Plain Dealer. He is an amateur pianist and lives in Cleveland with his wife Nicole and their son Wesley.