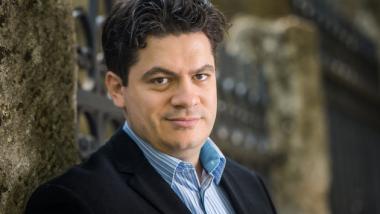 Of all the reprisals taken in Europe during World War II, none was more emblematic of the Nazi German appetite for carnage and horror than Lidice. This was a small Bohemian farming village, 14 miles northwest of Prague, known in the 1930s for its hockey team and its miner’s band, which produced several hit records featuring Czech popular music. The reprisal followed an assassination attempt on May 27, 1942, of Reinhardt Tristan Eugen Heydrich, then Reich Protektor of Bohemia and Moravia and, for a moment, Hitler’s choice for heir apparent.

Revenge took six months to arrange. Altogether, 340 people in the village were murdered (out of a total of about 5,000 murdered in the reprisals.) After that, Nazi soldiers shot all the animals, burned each house, blew up the church, spread out the rubble, and looted the graveyard for fillings and jewelry. Topsoil and crops were brought in to erase the spot. A few dozen people survived. The town was eventually rebuilt, on a spot overlooking the original site.

The story of Lidice came up the other day in a conversation with Cristian Măcelaru, the rising young conductor/composer, a Romanian, and a vagabond in the classical-music world. Just this year he was appointed music director of the Cabrillo Festival of Contemporary Music, which runs from July 30 through August 12. He was talking about the future of classical music and began by stressing the power of relevancy.

“You think of Edna St. Vincent Millay’s beautiful poem, “Murder at Lidice” (October 1942) and how that prompted the entire artistic community around her to create a movement of works — like Aaron Copland’s Fanfare for the Common Man and Czech composer Bohuslav Martinů’s funeral march, Memorial to Lidice (1943). It all helped push America to commit to the war.”

“Art needs to have social relevance,” Măcelaru insists. “It needs to have a now. Once an artist embraces that, then the connection to the audience is that much more relevant. To that extent I don’t think the art form (of classical music) is dying at all.”

Having said that, Măcelaru feels that in the last 10 years there’s been a growing disconnect between the message of the composer and the way the audience understands it — “if only because the message itself is lacking. Which is why I’ve encouraged all the composers I collaborate with to find something that speaks to the 21st century, that’s socially relevant or politically charged — even if it’s emotionally upsetting — something that has to do with who we are in the 21st century.

Măcelaru points to other aspects of the disconnect between composer and audience. For one, until recently there’s been a trend away from composers conducting their own work with the effect that, as Măcelaru puts it, “composition becomes an exercise in an empty room.” He added, “Mozart preferred to improvise his concerti and so he’d play whatever suited the audience at the time. That didn’t diminish the art; quite the contrary.”

In addition, too often commissions have to fit a certain mold “so when an orchestra commissions a piece, you say to the composer, ‘write a piece that fills the role of a concert opener, put it in this particular style, and by the way, it needs to be five minutes long, and it should use this orchestration.’”

“My approach is the opposite: I say to the composer, ‘all I ask is that you make a statement and that you say something you’re passionate about. Otherwise, I can’t wait to see what you come up with. Go crazy.’”

It was in that spirit that Măcelaru approached Karim Al-Zand, a 47-year-old Canadian American composer of Iraqi descent. Al-Zand immigrated to the U.S. and teaches music theory at Rice University. Măcelaru became a fan after hearing some of Al-Zand’s chamber compositions as well as a full orchestra piece. “We got to be friends,” said Măcelaru, “and I said to him once, if the day ever comes when I can commission something let me come back to you.”

This year’s Cabrillo festival became that day. Al-Zand wrote The Prisoner, a work inspired by the story of Adnan Farhan Abd Al Latif, a Yemeni citizen imprisoned at Guantanamo Bay from January 2002 until his suicide 10 years later. He had been accused of being recruited by the Taliban in Pakistan before going to Afghanistan. The libretto includes segments of a letter Latif wrote to his lawyers, interspersed with poems by Rilke and Rumi.

Latif’s case has raised questions about why he was placed in solitary confinement while suffering from acute pneumonia and how he could have overdosed on medication while being so closely guarded. And why did it take three months for the body to be returned to Yemen, and why have his autopsy findings not been shown to his family?

A New York Times editorial noted, “For much of the time in custody, Mr. Latif was in solitary confinement, often with his hands in cuffs and his arms pinned by a body cuff. He was also housed in a psychiatric ward and force-fed through tubes in his nose because of his hunger strikes. When he died he had not been charged with any crime or legal violation, as is the case for most of the 167 prisoners remaining at Guantánamo. This brutal outpost has tarnished American justice every day of its existence.”

Măcelaru is working on “a massive new project,” which he is reluctant to say much about. He will only say that its tied to gender equality. “This is still a problem and we need to find ways not just to talk about it but to help children work through their own experiences. We need to offer role models and ways they can think of the possibilities of gender. This is really important to me on very different levels — trying to tackle the social aspects of preserving our nature. For me, the perils of climate change are less important than celebrating what we have as people, to embrace the wonder that the world is, rather than being overcome by pessimism. This is the speech I give to composers.”

A young conductor, just breaking out as a star, claims a post filled 25 years ago by another rising star.

The festival of contemporary orchestral music has some intriguing premieres to offer for its 2016 events.