Curse of the Maestros: The Orpheus Effect Revisited, Part III

In his classic book, The Maestro Myth, Great Conductors in Pursuit of Power, first published in 1991, Norman Lebrecht described how “sexual rapacity” added to the mystique of many conductors:

Klemperer was attacked on his podium by a jealous husband and Malcolm Sargent was forever fondling the wives of colleagues. Nikisch had a permanent twinkle in his mesmeric eye and Furtwängler was said to take a different woman   to his room before every concert. At the same time, their communion with the spirits of dead composers endowed maestros with a priestly aura and their concerts with the solemnity of a convocation. Mixed together, this cocktail of spiritual power and physical prowess, produced a hero who music-makers and listeners alike could envy and secretly emulate. 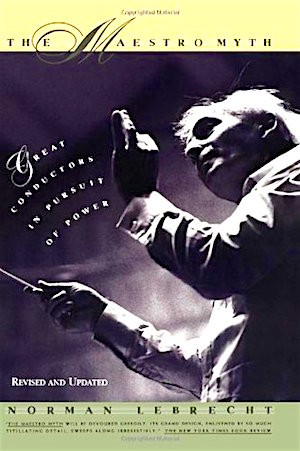 Almost 30 years later, the days of the rapacious maestro appear numbered, even as the traditional power role of the conductor persists. For better and for worse, the old guard might argue. Nonetheless, the old paradigm is now marked with yellow crime scene tape.

The Incorporated Society of Musicians, the 135-year-old British rights organization, did a survey of 600 musicians. The results, published in April 2018, revealed, to no one’s great surprise, that half the respondents had experienced some sort of discrimination in their career. Of those, 60 percent said they had been sexually harassed. The great majority of the respondents were female, self-employed, and had kept their stories secret — for fear of not being taken seriously, or fear of losing their jobs, or because they accepted the notion that unrestrained intimacy, unwanted intimacy, was ingrained in the profession.

As though the touchy-feely nature of the performing arts, with that odd sense of a creative imperative for artists, is actually an entitlement, especially for those who are socially inept or nerdfully ignorant.

Most respondents thought the solution to bad behavior and low character was to institute a “sector-wide code of conduct.”

Yeats: "The Ceremony of Innocence is Drowned”

How effective a code of conduct might be, is debatable; laws are made to be broken, misinterpreted, and subjectively enforced. Moreover, the hierarchical nature of symphony structures insures that, even with a code, the allocation of power remains unchanged.  And so this all becomes another argument for the kind of horizontal structures that you find with the likes of the Orpheus Chamber Orchestra. The only real question is whether you could, or should, adopt that level of democracy to full-sized orchestras.

Daria Adams is a long-time violinist with The St. Paul Chamber Orchestra, which is laterally designed. She noted in a recent interview, “Conductors can hire and fire, change your seat, deny tenure, do all kinds of things. If a maestro doesn’t like you, then you’re gone. That’s one reason we don’t have a maestro, we don’t have that position, and so there’s no intimidation factor. James Levine happened because of a system that allows for that.”

The former conductor of the Met was fired in March 2018 for “sexually abusive and harassing conduct” that allegedly occurred during the 40 years that he was with the Met. He has sued the company for $5.8 million in damages for breach of contract and defamation. (And the Met has recently countersued, alleging a pattern of abuse with colleagues that was detrimental to the company.) Prosecutors have dropped charges against him in at least four cases because the victims were over the age of consent.

Daria Adams has experienced sexual intimidation first hand. “I’ve also had my own MeToo moment,” she said and prefaced her story by saying, “I’ve never been your shy and retiring type.” In high school, her violin teacher “forced himself” on her­ — it was not rape, but sexual harassment by any measure. “It left me feeling very uncomfortable. And who do you talk to? I did complain to the dean, but nothing happened. After that, I never went to his house and I made sure I was never alone with him, but that’s hard to do with your teacher.”

This Is Your Captain Speaking

For his part, Orpheus founder Julian Fifer remembers moments at Orpheus where people were abusive, not sexually necessarily, but angry or alienated in some way. To Fifer, one of the virtues of a group like Orpheus is that it’s bigger than a quartet, where nothing is hidden, and smaller than a symphony where people can fall through the cracks.

“In our size, we were acutely aware of each other in so many dimensions beyond strictly performances. We had a wonderful support network to help anyone falling too low in individual or in artistic terms. And so we would talk privately amongst each other and find someone that a troubled member trusted or admired. And they would intervene and help a person take steps to shore up their lives as well as their performance. To me, that’s one of the beauties of that size and structure.”

Fifer recalled a conversation he had once with Richard Hackman, the renowned Harvard professor of social and organizational psychology. Hackman was a great fan of Orpheus and once examined it in a case study.

“Hackman said to me, ‘you get on airplanes a lot, right?  Well, the next time you board an airplane, instead of turning right to go to your seat go left into the cockpit and say, ‘Hi guys, have you all met each other before today?’  If the answer is no, then just walk off the plane; seriously, it’s not worth the risk.’”

Hackman wasn’t being facetious. His concern, based on studies of airplane accidents caused by human error, was about what permissions crewmembers give each other, and particularly whether a junior officer might feel free enough to say, “we’ve got a problem” or “we’ve made a mistake.”

“The point is,” said Fifer, “even in a cockpit you need to have one person with clear, final authority, but you also want a structure where there are multiple inputs.”

The Sound of Common Ground

From time to time, Fifer has been a consultant to corporations interested in adopting the Orpheus model. In 1996, he advised two Swiss pharmaceutical companies, Sandoz and Ciba-Geigy, which just then were being merged into Novartis. The question was how to manage different cultures in four different counties. Fifer suggested the similarity between different operations and missions like different families of musical instruments.

A violinist can make a very small and swift/brief cuing motion and the other string players can readily “read” and participate in synchrony — perfect ensemble. However, if you want the French horn player to be in perfect coordination, the violinist must give some combination of a larger and slower cue, so the horn player has time to take an anticipatory breath of appropriate size and strength.

In other words, said Fifer, the goal must be to understand the “principles, processes, and habits of the different instruments and the people playing them, if we want to achieve excellence of execution. We cannot attribute the differences to ineptitude or inflexibility, or assume the different families cannot, together, find common ground.”

Stanford business professor Jeffrey Pfeffer’s view of Orpheus is that it’s based on an interesting idea, a bright hologram of an idea, with a pretty optimism, but it defies natural law and the human fear of chaos: the demand for order, no matter the sacrifice.

Julian Fifer would agree and, in the practical matter of musical organizations readily concedes that the Orpheus experience is exceedingly labor intensive and economically inefficient. But, and this is the heart of the matter, it also offers significant lessons in civil engagement.

“It’s about cooperation, tolerance. It’s about developing a healthy combination of self-esteem and confidence, and respect for the other. It’s about self-reflection, recognizing your own imperfections as a reason to be reaching out to others; wanting input and wanting to listen, as opposed to just hearing. I like to think of it as not unlike the Roman arch: every stone has its function and relates to all the other stones.”

Fifer would go so far to say that the values attached to Orpheus are in the vein of Adam Smith’s “impartial spectator” — the theory that the cooler head, the wiser sensibility, gets its authority and overpowers the ego through sympathy and the imagination. In that sense the Orpheus effect is made from a fusion of music, humanity, and some higher regard, however you define it.

The idea may have special relevance just now. It serves as a kind of counterweight to the egotisms of the day. David Brooks, the pundit, put it well a few weeks ago when he pointed out that in times of anxiety and distrust, it’s much easier to argue for “clear centralized authority than dispersed, amorphous authority; much easier to rally people around a person than an abstraction; a lot easier to sell us/them distinctions than tolerance for cultural diversity, and much easier to sell cynicism than idealism.”

The original conductorless orchestra is a model organization in many ways. So why is it so hard to implement the "Orpheus Process"?

How far could, or should, orchestras go in devolving power away from their music directors?