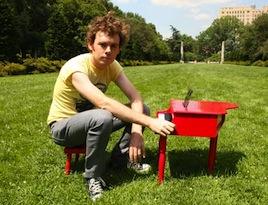 “Young” is a relative term, especially for composers. It’s absolutely normal for musicians to have established themselves by their late 20s, but composers often have to wait for doors to be opened for them. In a recent SFCV feature, however, I spotlighted a group of composers who are doing it for themselves. As a companion to the “indie-classical” investigation, here is a list of well-known members of this under-35 set, along with a few other up-and-comers.

Eight of the following 12 composers have found a home in Brooklyn, mainly because an infrastructure exists there to support them. All of the Brooklynites play gigs as performers in alternative spaces like clubs (often with their own bands), they have all embraced both classical and indie-pop in some form, they are connected and form a mutual support system, they are savvy entrepreneurs with a wide range of activity, and they benefit from being in the media capital of the United States.

On the West Coast and elsewhere, musicians have noticed. The 5-year-old Switchboard Festival in San Francisco, run by Jeff Anderle, Ryan Brown, and Jonathan Russell, highlights musicians in the same mould using the tagline “No genre is the new genre.” If imitation is the sincerest form of flattery, then this qualifies as a movement, one that will have a strong influence on how we tell the story of the musical explorations of the early 21st Century.

This list of accomplished young composers is nothing like scientific or definitive. SFCV will post a few more on our Facebook page. (And we apologize for the American bias — you gotta go with what you know. We’re working on a European list.)

This composer is having a banner year. He is the subject of an episode of Collaboration Culture, a major BBC documentary series, now showing; his opera Sumeida’s Song was premiered in April and a recording will be released in October on Bridge Records; his album Critical Models, released last fall, was a WQXR album of the week; he premiered his third symphony and was featured on NPR’s All Things Considered — and the list is only halfway done at this point. 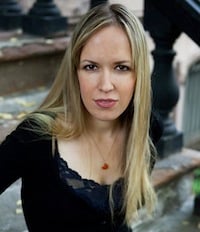 DuBois was discovered a few years ago in the Kronos Quartet’s third “Composers Under 30” project. She has since written another string quartet for Kronos. Not yet 31, she has gone from strength to strength. This month she shows up in Santa Cruz as one of the composers engaged for Cabrillo’s Festival The Hidden World of Girls project. She has been commissioned by New York’s Bargemusic and the Beaux Arts Trio, among others.

Born in Monterey, Burhans has lived in New York since 2001 and frequently performs (on violin, viola, voice, guitar, and keyboard) his own music and that of other composers. He is a founding member of several groups, including Alarm Will Sound, itsnotyouitsme, and others. His music has been played all over the world. 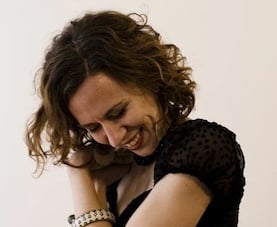 Mazzoli recently was named composer in residence at the Opera Company of Philadelphia, following on the successful New York premiere of her opera, Songs From the Uproar. She has garnered commissions from Carnegie Hall, the L.A. Philharmonic (for violinist Jennifer Koh), eighth blackbird, the Minnesota Orchestra, and the Kronos Quartet; scored a composer in residence gig with the Albany Symphony; earned a Fulbright grant; and directed New York’s wondrous MATA Festival. In October, she will premiere SALT, a multimedia collaboration with cellist Maya Beiser and writer Erin Cressida-Wilson, based on the biblical story of Lot’s wife.

Another member of the Brooklyn indie-classical community, Greenstein is certainly one of the finest composers of his generation and a founder/member of the composer/performer collective NOW Ensemble. His music is often performed in alternative spaces but recent commissions from the Minnesota Orchestra and ETHEL (the string quartet) may prove harbingers. 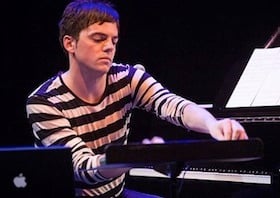 Probably the best known of his generation of composers, the Brooklyn-based Philip Glass protege is a prolific producer of choral music, film scores (including 2008 Best Picture nominee The Reader), dance music and two operas. He was a pianist/conductor/ arranger on three Bjork albums and for several other indie rock performers, and has released two albums of his own music.

Bay Area new music fans might remember di Castri’s piece for the 2011 Cabrillo Festival, Alba, of which SFCV’s reviewer, Jeff Dunn, wrote “Her eight-minute contribution already shows a great flair for orchestration and tone painting.” Still finishing her doctorate at Columbia University, she already has received multiple commissions in her native Canada, and was most recently named the first composer in a joint commissioning project by the San Francisco Symphony, the New World Symphony, and publisher Boosey and Hawkes. San Franciscans will hear her new work for orchestra in fall 2013. 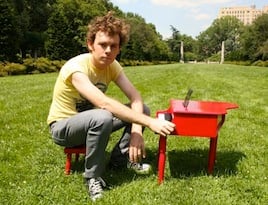 The Venice Beach-born Brooklyn resident composes music that resists categorization and spans the spectrum between pop and contemporary classical. 2011-2012 was a big year for Kahane’s branching into classical commissions: the L.A. Philharmonic (Orinoco Sketches, last fall), Kronos Quartet (The Red Book), and American Composer’s Orchestra and L.A. Chamber Orchestra (the song cycle Crane Palimpsest). His musical, February House, premiered at the Public Theater as part of his residency there, and he is touring with his band, supporting his 2011 album, Where Are the Arms.

Raised in rural Connecticut and now living in Brooklyn, Andres often plays his own music and that of his contemporaries, on piano and with ACME and other ensembles. He has received commissions from Carnegie Hall, the L.A. Philharmonic, L.A. Chamber Orchestra, and other major institutions. His two-piano album, Shy and Mighty (Nonesuch, 2010) was singled out for praise by critic Alex Ross, among others. 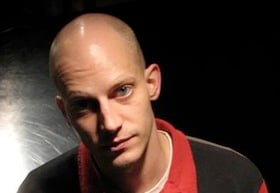 Best known as a singer-songwriter of “art-pop” the Texas-born Brooklynite often addresses contemporary political and social as well as personal subjects, as, for example, in Last Words From Texas, eight songs setting the last words of executed prisoners. Moving away from synth-pop (pop with synthesized accompaniment), his 2010 album, Someone Will Take Care of Me, was two fully written-out, large-scale song cycles, one dealing with debilitating hypochondria and the other with the phenomenon of voluntary amputation. Dargel is a founding member of the Brooklyn-based experimental theater company, Laboratory Theater.