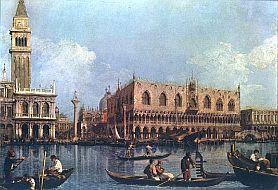 It's a Heinrich Schütz Christmas

Michael Zwiebach on December 4, 2007
In the Western musical tradition, December is the time for the “holiday concert,” full of impressive, noisy praise, the sing-along Messiah, and dozens of choral offerings featuring carols and the more generic “holiday music.” Nowhere in the generalized musical prescription that fuels our annual shopping and eating binge does it say “gentle, 17th-century, Lutheran, devotional work.” Sure, the Bay Area has recently seen a couple of performances of Marc-Antoine Charpentier's Christmas Mass and other substantial fare, but few organizations, with the notable exception of Magnificat, have so far ventured into the territory that Philharmonia Baroque Orchestra treads Dec. 7-14, when its contribution to the seasonal merrymaking hits the stage, guest conducted by Konrad Junghänel. Forget last year's trumpet-laced choruses of Bach’s Christmas Oratorio: This year Philharmonia offers the subtle beauties of Heinrich Schütz’ late masterwork titled (in its short form) the Christmas History or the Story of the Birth of Jesus Christ. Philharmonia is not playing Scrooge with the Christmas cheer, for the work of Schütz (1585-1672) is joyous, and beautiful, and melodic, and inventive, and it even sports a couple of choruses. But of the later, 18th-century large-scale splendiferousness, it exhibits nary a trace. Schütz could whip up that kind of majesty when he wanted to, but the magnificence of his musical art, and the justification for its harmonic rule breaking, lies in his response to the words of Luther's Gospel translation. It seems fair to categorize this oratorio of 1660 as a late work, since it was composed a decade after Schütz’ planned retirement, and the composer was nearing 80 when it was published. (No, it wasn’t his last work, not by a long shot. He continued composing until the year before his death.) And true to the traditional distinction of the late work, you can hear much of the century’s musical richness in its relatively brief duration of approximately 40 minutes. But the composer’s total mastery of means, and his economy, translates into a work that never feels as eclectic as its influences. Those influences include more than just the music Schütz heard, for he experienced a lot in a well-traveled lifetime that stretched over the Thirty Years’ War. The serenity of the composer’s late works comes partly from the sense of having “seen it all.”

A Noble as Father Figure

An innkeeper’s son, born in 1585, Heinrich was discovered by a local nobleman, Landgrave Moritz of Hesse. The landgrave heard the boy singing and arranged for him to be trained in the Collegium the aristocrat had founded in his home in Kassel (in the central German state of Hesse-Kassel). When Heinrich’s voice changed, the landgrave, who had became a father figure to the young man, paid for his law studies at the University in Marburg in 1608. Of course, all through this first decade of the 17th century, the momentous changes that had been taking place in Italian music were seeing print for the first time, culminating in the performance and publication of Monteverdi’s first opera, Orfeo, in 1607. Landgrave Moritz was not out of the loop on these developments. An unusually cultivated man, known as “Moritz the Learned,” he was connected to a number of prominent musicians of the time, including Hans Leo Hassler and Michael Praetorius, and was himself an amateur composer. According to Schütz’ own account, it was Moritz who, a year later, nixed his parents’ law career ideas and set him on his true path. In the composer’s words:

My lord, the Landgrave Moritz, came to me and made me the following proposal. … Since at that time a truly celebrated but quite old musician and composer was still living in Italy, I should not miss the chance to hear him and learn from him.

The composer was Giovanni Gabrieli, organist at St. Mark’s Basilica in Venice, and renowned, since the publication of the Symphoniae Sacrae (1597), as the composer of polychoral motets and concertato pieces. The Venetian concerto style, which Giovanni had inherited from his uncle Andrea and others at the basilica, is famous in Western musical history for combining voices and instruments in sacred music for the first time. The style exemplifies the confident, adventurous, cosmopolitan Venetian musical scene, which, a few decades later, saw the birth of public opera. The two choruses used in the cathedral on festive occasions must have made a startling effect in the cavernous acoustic of St. Mark’s. Certainly a young man born in a provincial town and trained in basic music theory of the time would have had his ears opened. But according to the composer, Gabrieli trained him thoroughly in the older style polyphony of the late-16th century, which features independent musical lines without instrumental support.

From Venice, Toward Bach

So what Schütz brought back from Italy was more than just the latest styles, but an ability, so clearly evident in his late works, to use both the old and the new, and to subsume the concerto style into large contrapuntal designs of great power. If this sounds like a recipe for much of German music through to the great Bach, well, that’s no accident. Schütz’ musical legacy, his combination of Italian musical innovations with contemporary currents in German music, made him far and away the most significant progenitor of the vocal music of Bach and his contemporaries. Schütz was a fast learner — a good thing, since his teacher died in August 1612. On his deathbed, Gabrieli bequeathed a ring to his favorite student. The composer returned to Kassel after three years’ study with a well-received Venetian publication already under his belt, and armed with an array of techniques that were still novel north of the Alps. Schütz settled into the service of the Landgrave Moritz, but such a prize musician was of interest to higher nobility than him, and in 1617 the composer was called to the service of the court of the Elector of Saxony, in Dresden. Dresden since the middle of the 16th century had evolved into a major German capital city, with an extravagant culture to match. Schütz composed a lot of music for court ceremonies, and the publication from that period, Psalmen Davids (Psalms of David, 1619), shows us the musical forces available to him as director of the Dresden court chapel. Some of the individual pieces in the collection call for up to four antiphonal choirs and continuo, and the concerto pieces are sumptuously scored. Among the gala performances that Schütz supervised was the first German opera, Dafne. The composer never published it, however, and it has been lost to history.

And then came the war years. The chapel musical establishment shrank under budget cuts during the brutal Thirty Years' War (1618-1648) between Protestants and Catholics, and some of its members were lost to the fighting and plague. The music the composer published during this time reflects the reduced scope of court musical life. Somewhat less in demand, Schütz went back to Venice for a year, in 1628, met up with Monteverdi, and absorbed the latest developments in Italian music, particularly dramatic recitative. But the war dragged on, and while he was back in Dresden during the early 1630s, the city was struck by the plague that had ravaged Italy earlier. So the composer spent a few of the years between 1633 and 1644 in Denmark, serving two short terms as kapellmeister to the Danish court in Copenhagen. There he published two collections of scaled-down pieces for one or two soloists and chamber ensemble that show the fruits of his encounter with Monteverdi’s later style. Much like Schütz himself, the Dresden court survived the war, and the musical establishment slowly expanded, though it didn’t reach its prewar magnificence in the composer’s remaining lifetime. By the Peace of Westphalia (1648), the composer was 63 and looking forward to retirement in two years’ time. But the Elector of Dresden chose to keep him in full service, and he didn’t retire until the accession of the young Johann Georg II as elector in 1657. Schütz’ last works are testaments to everything he had learned, and together they represent a pinnacle of 17th-century music. Some of them are austere, like the oratorios for Easter, which are all a cappella and subdued. But the Christmas History is another animal altogether. From the opening Sinfonia with chorus, set to a totally idiomatic Italian melody (which Schütz had long ago learned to adapt to German text), the work breathes good will and joyousness, which is only intensified by the few darker elements of the narrative. The main storytelling burden is carried by the narrator, the Evangelist, who sings in accompanied recitative. Almost the complete Christmas story could be performed with just the Evangelist’s part, and it was the only section of the oratorio that the composer chose to publish. Everything heard from the Evangelist is Schütz’ interpretation of the Italian dramatic recitative style. It has unexpected twists that emphasize particular words, and it shifts tonal centers rapidly to reflect dramatic events. This happens in the first recitative: Joseph and Mary arrive in Bethlehem to pay their taxes, and Mary gives birth. At that point the rush of words breaks, as a lyrical strand threads its way through, dwelling briefly on the German words for “swaddling clothes,” and “manger.” Then, quickly, the harmony turns back to a minor key and we are thrust into the night with the shepherds. Here the music reaches a low point. And when the angel of the lord appears, bringing light in the form of a major-key harmony, the music paints the rustics’ fear with another unprepared flatward harmonic shift.

Like most oratorios, though, the Christmas History lives through its great lyrical moments. There are eight of these intermedia (interludes), corresponding to the moments of direct speech by characters in the story. Each of them is highly individual. The shepherds have barely accustomed themselves to the beautiful, confiding speech of the soprano angel (and his two violins), when they are surrounded by a host of angels, singing “Glory to God in the highest” and exhibiting Schütz’ complete mastery of the polychoral style. Herod, in his interlude, is accompanied by royal trumpets, contrasting his earthly power with the more potent, less showy, heavenly host. The shepherds, fittingly, get recorders and a bassoon. The Three Wise Men form a sprightly trio, accompanied by a bassoon that reinforces the bass line. The melodic fecundity and variety of these spotlit moments is amazing. The Monteverdian concentration of the Kleine geistliche Konzerte (Little spiritual concertos) of the war years is juxtaposed with the expansive, Venetian polychoral style. The composer contrasts the aristocratic, Italianate bel canto of the angels with a more rhythmically accented, heavy melodic style for the shepherds, and even with the Wise Men, whose trio has a whiff of popular German song style about it. And tying it all together is the extraordinarily detailed and illuminating Evangelist’s recitative. So if you feel like you’ve OD’d on Let It Snow and other holiday favorites, it may be time to check out the Christmas History and other Schütz masterpieces. (For more seasonal cheer, try his German Magnificat.) Some good things really do come in small packages.