Joint Interview With Berkeley Symphony'sNew Director and Its Creative Advisor

Michael Zwiebach on August 18, 2009
The Berkeley Symphony Orchestra was confident it had hit the jackpot when it appointed rising-star conductor Joana Carneiro as its third musical director, after Kent Nagano’s masterful work during 30 years at the helm. Now it appears it’s doubled its winnings with the announcement that native Berkeleyan Gabriela Lena Frank has been appointed Creative Advisor to the orchestra. The composer, who was awarded a Guggenheim Fellowship this year, comes to the Symphony with an open portfolio to increase the organization’s connections to the community at large and to mentor composers in the “Under Construction” series, which presents composers and their works-in-progress.

Frank is no stranger to community outreach or to the role of composer in residence/creative advisor, having done residencies in Indianapolis, Seattle, Aspen, and other places. For the Indianapolis Symphony Orchestra she composed Peregrinos, which will be on the BSO’s opening concert this year, Oct. 15, along with works by fellow Berkeleyan John Adams (The Chairman Dances, from his opera Nixon in China) and by Béla Bartók (Concerto for Orchestra). 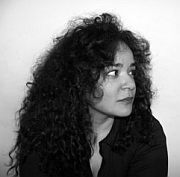 Frank has also received numerous honors and distinctions for her compositions, and has had many prestigious commissions in the short time since finishing her 2001 doctorate.

The idea for Peregrinos (Pilgrims), which was premiered in Feb. 2009, came from stories Frank heard in the large Latino community in Indianapolis, which she actively investigated during her two-year residency. She now cites the work as an example of the way in which an orchestra can reach out to parts of the community that don’t normally make it to symphony concerts. Peregrinos and Frank’s Indianapolis adventure are the subjects of a PBS documentary, which the BSO hopes to screen at the La Peña Cultural Center sometime in September. 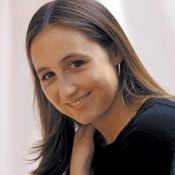 But the real payoff may be the close relationship these two important artists are developing, which this appointment fosters. Both women continually emphasize that their initial connection was primarily musical, and that Frank’s position is an institutional one. But Carneiro is, rightly, leaning on Frank to help introduce her to the Berkeley community and its environs, as well as to bounce ideas off in her first season here. And both are equally excited to have found a simpatico artistic personality. Already, they finish each other’s sentences.

“Well, our connection goes back to the University of Michigan ...” Joana begins.

“We overlapped,” Gabriela breaks in. “I was finishing up just as you were coming in. And I wasn’t around the school much anymore. I was in the dissertation stage, traveling through South America, [but] I saw her conducting student works. I was walking past the orchestra rehearsal hall and I just stopped in and she was at the podium. And she was so mature. And she was a woman — we hadn’t seen a lot of that yet — and I actually stayed for the whole time and just listened. And then, didn’t see her until, uh, last year. ...”

Joana continues, “... last year. I was fortunate enough to premiere Gabriela’s piece New Andean Songs in Los Angeles in the Green Umbrella Series. And it was a fantastic experience. And at the time I didn’t know that Gabriela was from Berkeley or even that Gabriela lived in Berkeley. So it was, let’s call it a happy chance that ...”

Gabriela interrupts again: “I think that Steve Stucky knew what he was doing, though.”

Gabriela: “I do. Steve Stucky, who’s on board at LA Phil as a creative advisor, as a composer in residence — he takes on a lot of hats there. He’s a very quiet, very masterful matchmaker. He likes putting together young talent, as opposed to midcareer artists. And he has a long vision, where he will plan ahead — because, you know, we’re in geological time in this business, where you plan ahead two or three seasons. And I remember him mentioning, when he wanted to get the Green Umbrella to commission me, two years before the commission even came about, that there was a young conductor on board, and he thought it would be a good matchup.”

“Well, first of all, my connection to Gabriela was a musical one,” Joana begins. “And I think we had a wonderful, natural, instinctive connection in Los Angeles, through music.”

“She was very formal,” puts in Gabriela. “We kept it very professional: I think we had one capucito outside, and that was almost the protocol informal meeting you make with someone who’s just going to be ... muy professionale. And what I liked about what she could do is, she could offer three or four different ways of doing something, and say, ‘What do you think?’ And I’d have to pick one. But all of them I liked. When, as a composer, you get somebody who can reveal more in your music than what you have conceived of, that’s what you hope for. Because you don’t think you’ve conceived of everything that’s possible in it. You try to hit it into the ballpark, as close as you can, and then you wait for somebody to liberate it even more. But this is where the connection came from.”

Joana continues: “After that concert I talked about Gabriela’s piece to everyone ...”

Joana: “... and when I was fortunate to get this position in Berkeley [appointment announced last January] and I found out that Gabriela lived here, my first instinct was to talk to her about music — ‘We want to play your music. What can we think about in terms of the future?’”

Gabriela offers a similar tribute. “Well, over that year I was talking about the experience, too, and people were saying, ‘Oh, Joana, she’s such a great person, she’s so talented, also her heart’s in the right place.’”

Musical Sisterhood of the Traveling Artists

Joana: “I think we have the same kind of aesthetics. When we listen to music, we look for the same kind of motion. We want to be moved, we want to dance. And in some ways I felt very connected and that I had found a sister, musically speaking. And coming from a very different background. [Carneiro is Portuguese, while Frank’s mother is Peruvian of Chinese descent.] And then, when Gabriela and I started talking a little more, I found out something even more profound, which is this connection to the community, and not only musically speaking.”

Carneiro is quite serious about expanding the community base of the orchestra, and not just for her own edification, but for the orchestra’s, too. Plus, she wants to share Frank’s deep musicality and unique sensibility with the players and the audience. And though she’s becomingly modest about it, Frank has clearly emerged as a major composer in America, and someone who has a history of community activism, as well.

Frank explains, “Although I loved being at the conservatory, where I could just practice eight, nine hours a day at the piano, I was always disturbed by the disconnect between much of the music industry and the larger community. So on the side I did a lot of volunteer work — I taught ESL, was a Big Sister. At University of Michigan, I was volunteering at a men’s prison, speaking predominantly with Latino inmates. And then I started looking at music projects that had a civic orientation and, by and large, I didn’t think the music was very good. But you know we’re at this time where we have a president asking us to volunteer and to give back, so the time is good right now, to have a high-level group of musicians, like we have here, find connections to the community that are meaningful.”

So, how likely are you to see this dynamic duo in the area?

Gabriela says, “I’ve been taking her around.”

“It’s so wonderful,” says Joana. “She really has been generous about making time and making me feel at home and telling me what are the most important things for me to know, the food ....”

Gabriela: “The first meal we had in Berkeley was raw-food cuisine — Cafe Gratitude on Shattuck. I’m taking her to an Emeryville taiko drumming class I just started. I took her up to Tilden Park.”

Joana: “When I come to Berkeley it’s very important for me to just go to places, and Gabriela is so nice to do that with me. This drumming class, I would never know. ...”

Gabriela: “She has to participate.”

And she did. “I happened to see Joana and Gabriela again today,” says BSO’s Communications Director Kevin Shuck. “Gabi, indeed, took Joana to one of her taiko drumming lessons, and whereas Gabi and others in the class had to take breaks from the intense physical activity, Joana as a conductor was well-suited in terms of upper-body strength. Joana joked, pointing to her bicep: ‘This is the only muscle I have!’”