Keeping the Lights On: Sacramento Opera Seeks to Remain Viable 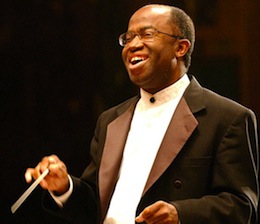 When the Sacramento Opera pulled the plug on the remainder of its 2010–2011 season last December, it was with the awareness that its operating model was unsustainable.

This fall the company is making a modest comeback, staking its future on coproduced operas and a possible merger with the Sacramento Philharmonic.

“We’re defining what a strategic alignment means, and that includes things like staffing, programming, marketing, and development,” said Rod Gideons, general director of the Sacramento Opera.

The idea of the two organizations’ working closely has been simmering for several years in Sacramento, but intensified when the 31-year-old opera company encountered a steep plunge in ticket sales from its fall production of Handel’s Orlando. The company, which had derived 65 percent of its income from ticket sales, sold only $108,340 of the $193,500 it had budgeted to meet expenses. Gideons and the opera’s board of directors felt that it was not possible to recoup an $85,000 budgetary shortfall with upcoming productions of The Magic Flute and Stephen Paulus’ The Postman Always Rings Twice.

The result was that the company not only canceled the rest of the season but also eviscerated its staff. It laid off its development director and artistic director, and eliminated its education outreach and marketing positions.

“The current budget we’re working with is not a long-term solution.” – Rod Gideons

“It’s a new model that presents a company that can exist,” Gideons said.

In 2011–2012, the company will operate on a budget of $704,000, down from last season’s $1.1 million. The current budget leaves Gideons as the sole full-time employee, with two part-timers being the only other staff.

“Is this now a company the size and scope that is appropriate for the capital of the state of California? No,” said Gideons.

The $704,000 budget pales in comparison to the $2.5 million budget that Gideons pegged as an appropriate budget to put quality product on the opera stage, when forecasting the company's future several years ago. However, those numbers were made irrelevant by the economic downturn.

“The current budget we’re working with is not a long-term solution,” he said.

Can Two Live Cheaper Than One?

The long-term solution may be a closer relationship with the Sacramento Philharmonic. Members from each organization, including Jane Hill, the recently arrived interim executive director of the Philharmonic, have already sat in on each other’s meetings. The Opera also recently moved its office into the same building that houses the Philharmonic.

“There are a number of factors to consider, like the issue of loyalty to an art form among donors. Blending the two can be less appealing to everyone than the individual identity over which they are passionate.” – Marc Scorca, president of Opera America

Also, the James Irvine Foundation has expressed an interest in funding a project to explore the merger idea, with La Piana Consulting of San Francisco the proposed consultant.

The scaled-down budget calls for a modest season in which the company will coproduce twice with the orchestra. The first event will be an Oct. 6 evening of arias at Sacramento’s Cathedral of the Blessed Sacrament, with Michael Morgan conducting. A fully staged production of Pagliacci, as part of a larger program including symphonic music, will be presented on Nov. 19 and 20, also with Morgan conducting. A fully staged production of Rigoletto ends the season on Feb. 24 and 26, with former Sacramento Opera Artistic Director Timm Rolek conducting.

“This burgeoning alliance is still in the embryonic stage,” said Gideons.

The idea of merging a regional opera company with a local symphonic counterpart is not new. Many companies have pondered the possibility, yet few have actually acted on it, said Marc Scorca, president of Opera America. Mergers have been brokered between the Utah Opera and Symphony and the Chattanooga Symphony and Opera.

But Scorca believes that mergers bring pitfalls along with benefits. “There are a number of factors to consider, like the issue of loyalty to an art form among donors,” he said. “Blending the two can be less appealing to everyone than the individual identity over which they are passionate.” Scorca said that it is frequently the case that donors do not necessarily match a gift made to their favorite organization to the other. “Sometimes aggregate philanthropy decreases when there is a merged organization.”

For the Philharmonic, which did not see the steep drop in ticket sales or the perceived financial doom that the Opera wrestled with last year, working more closely with the opera satisfies certain long-term goals.“There would be certain economies of scale through our ability to more directly share space, personnel, market research, and some marketing methods,” said Hill. “We already use the same orchestra and a major venue. And there is a potential for cross-marketing and expanding each of our audiences,” she said, basing her analysis on the fact that research shows that there is little crossover between opera and symphonic audiences.

The two organizations already share the same musicians and will also share Sacramento Philharmonic Conductor Michael Morgan, who is well-liked in Sacramento and in addition has opera experience with his current music directorship of Festival Opera of Walnut Creek. Morgan is keen on the merger idea.

“I would welcome some sort of arrangement that brings the two organizations together.” – Michael Morgan

“I would welcome some sort of arrangement that brings the two organizations together. It needn’t be a full-on legal merger, but I would be happy with that also,” Morgan said. “The two organizations’ becoming one would raise both their visibilities and make for very interesting artistic possibilities.”

Morgan envisions one organization that is not beholden to a single art form.

Dawn of the Almost-Dead 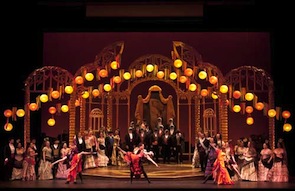 It is not clear to what extent the Sacramento Opera will be able to recapture the allegiance of its former fan base after canceling most of its season. And it is much less clear how it will grow a new audience on a modest budget and minimal staff. But for now, the company has stabilized, said Gideons.

“We’re emboldened to see that our subscribers are coming back,” he said. Subscriptions, so far, have met the company’s expectations, and an early-summer emergency appeal for contributions from donors and subscribers brought in $135,164.

“We have a lot of people that want to see this company stay and thrive,” said Gideons. But he concedes that running the company by himself, especially having to do the work of development director, marketing director, and other duties, has been a challenge.

“We’re up and running...but the work load is a bit overwhelming,” he said. “Some things may not happen in an optimal period of time.”

The pressures are already evident — the company’s Web site has yet to offer any information on its new season.

Working with minimal staff, while appeasing the bottom line, may ultimately put an opera company at risk, said Scorca.

“We speak to boards about different kinds of deficits. There is the financial one, and sometimes there is an artistic deficit — where the work produced has been so compromised it no longer generates any enthusiasm among the public,” he said. “And the final deficit we speak to them about is a human one of not having enough people on deck.”

Scorca has seen many instances where companies have been able to successfully navigate a season with minimal staff. “A few staff can do it if there is not much activity — you just have to be creative,” said Scorca. “An opera company functioning with one person must, indeed, be a great challenge.”

The staffing issue adds a certain urgency to both the coproducing effort and the preliminary talks about the possible merger. The past year has proved to Gideons that there can be no going back to the company’s former business model.

“Certainly, the old model of insular arts organizations that do not cross-pollinate and share with each other — those days are gone,” he said.