Letter From L.A.: The Philharmonic Checks In, 200 Motels 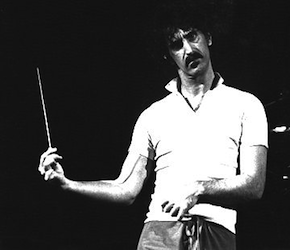 Who would imagine that they would freak out at the Walt Disney Concert Hall? But that’s exactly what Esa-Pekka Salonen, the Los Angeles Philharmonic and an intrepid band of artists and rockers are about to do as they perform the world premiere of Frank Zappa’s 200 Motels in its painstakingly reconstructed orchestral urtext.

According to Gail Zappa, who was married to the iconoclastic musician from 1967 until his death in 1993, Wednesday’s performance as part of the Philharmonic’s Green Umbrella series represents the culmination of more than a decade of research and reconstruction.

The production will also feature the type of multimedia/orchestral circus Zappa envisioned but was never able to successfully bring to the stage for reasons both technical and economic.

As director James Darrah explains, “Frank Zappa was always experimenting with visual elements like video, and now we have the capability to create the work using technology that did not exist in 1971.ˮ

“This is not a suite or a condensed version,” Darrah emphasizes. “This is the complete 200 Motels orchestral score exactly the way Frank wrote it. Only 40 percent of the orchestral score was included in the 1971 movie. The rest was video segments and songs featuring the Mothers of Invention. That’s why this really is a world premiere. And there is a rock band as well that includes Joe Travers (drums) and Ian Underwood (keyboards and saxophone).”‟Frank Zappa was always experimenting with visual elements like video, and now we have the capability to create the work using technology that did not exist in 1971.ˮ - Director James Darrah

The choice to include 200 Motels as part of the 10th anniversary of Disney Hall is certainly appropriate since the roots that link Frank Zappa to the L.A. Philharmonic run deep.

It was in May of 1970 that Zubin Mehta led a performance of Concerto for Mothers and Orchestra at UCLA’s Pauley Pavilion that featured the Los Angeles Philharmonic, Frank Zappa and the Mothers of Invention. Zappa, who was fascinated by the potential of having his music performed by a full symphony orchestra, then incorporated music from the Concerto into his surrealistic band-on-the-road film, 200 Motels, which premiered the following year and was released as a soundtrack double album featuring the Royal Philharmonic Orchestra, narrator Theodore Bikel, and the Mothers. Zappa’s concept for a fully orchestrated version of 200 Motels, however, fell by the wayside and it would take many years before a series of events began to stir the waters.

So the story goes, when Esa-Pekka Salonen began his long and productive association with Los Angeles Philharmonic, he sought out Frank Zappa, primarily with the idea of organizing a concert tour to his native Finland where, he told Zappa, he and the Mothers had a substantial following. As Gail Zappa recalls, Frank would have loved to accept the offer but was forced to decline because (it had not been made public) he was slowly dying from prostate cancer. 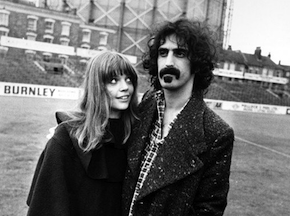 It was in 1998, Gail remembers, that the process of resurrecting the fully orchestrated version of 200 Motels really began.

“I was approached by the Holland Festival. They asked if they could do 200 Motels; I told them that I didn’t have a score or the parts. I also told them it would probably be prohibitively expensive to put it all together. But they were determined.”

Like a trio of musical archeologists, Gail Zappa, “vaultmeister” Joe Travers, and Frank Zappa’s synclavier programmer, Todd Yvega, began to put the pieces of what they had together.

“We met in my basement,” says Gail, “and lined up all the scores and parts that we had. The problem was we’d never gotten all the material back after the 1971 London recording. I made an executive decision as executor of my husband’s estate. ‘Let’s put everything together,’ I said, ‘and see what we’ve got that’s as close as possible to what the original might have been.’ I also decided to only keep the rock ‘n’ roll parts where the band interacted directly with the orchestra. Then we followed the Yellow Brick Road of the measure numbers.”

“I was approached by the Holland Festival. They asked if they could do 200 Motels; I told them that I didn’t have a score or the parts.ˮ - Gail Zappa

The performance that took place at the Holland Festival in 2000, according to Gail, was a raw and decidedly flawed first effort, which also did not include any of the multimedia components that the score specifically called for.

“They said they didn’t have a budget for it and they weren’t interested in it,” she recalls. “The performance at Disney Hall with Esa-Pekka,” she adds proudly, “will be as close as possible to the original concept.”

For those of us who are true children of the Sixties, who freaked out with Zappa and the Mothers of Invention, who were part of the wild emerging art/video/music scene of those days, Zappa’s psychedelic formula is embedded in our consciousness. But for James Darrah, a mere lad of 29, the task of staging 200 Motels presented a real challenge.

“Obviously I don’t have first hand experience from 1971,” concedes Darrah, a graduate of UCLA and former colleague of Peter Sellars, who assisted with the staging for the recent performances of John Adams’ The Gospel According to the Other Mary. ‟But from the beginning Gail said she didn’t want me to recreate the film or feel tethered to it in any way. Gail is my reference to the work in its original period. But I am looking at it in terms of a contemporary work. I don’t want it to feel like a time capsule. I think the larger questions and the content of the piece are just as resonant today as they were in 1971.”

Ever since its grand opening 10 years ago, Esa-Pekka Salonen, and now Gustavo Dudamel, have continuously experimented with Disney Hall’s ability to present a wide variety of performances from traditional concerts to full-scale opera.

‟I don’t want it to feel like a time capsule. I think the larger questions and the content of the piece are just as resonant today as they were in 1971.” - James Darrah

“The orchestra for 200 Motels is quite large and fills almost the entire stage,” Darrah points out. “It also includes a battery of percussion instruments that’s one of the largest ever assembled. So space is at a premium.”

A large part of the solution, Darrah says, will be the video projections that Zappa makes specific reference to in the orchestral score as a means to highlight the singers and instrumental soloists.

“There are some people who are shocked by having any live video in a concert setting, but in this case it’s a part of the score. What we want is to allow the music to have space to breathe with the visual component added. Frank also makes a reference that the orchestra should look like they’re prisoners behind some barbed wire fence. What we [ Darrah and set designer Emily Anne MacDonald] have done is create a fence that looks like it’s been wrenched up into the sky. Then we’ve added material onto it so we can project the video design by Adeline Newmann. Frank Gehry loves chain-link fence. So it’s perfect.ˮ

When asked about the decidedly raunchy language that pervades 200 Motels, Gail Zappa laughed and said the Philharmonic had posted a warning, 'This performance contains sexually explicit language. We're not kidding!'"