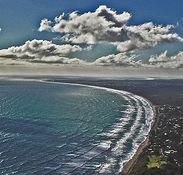 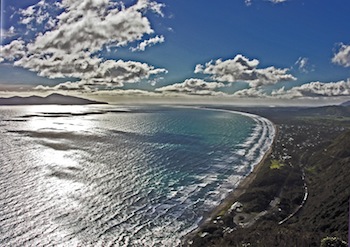 Second in a series

The weather has been getting decidedly colder as we head south from Rotorua toward Christchurch and Oamaru. Actually, I had imagined a pretty mean cold snap here, but the climate turned out to be more of a nice, crispy kind of autumn, with grass and perennials and cows growing left and right. The scenery is also gorgeous and I fancy it very much.

Tour schedule has been speeding up, with performances wedged in between travel days. Despite this, there is still lots of time to relax with friends, eat the delicious food, take nice walks, eat more food. Today, we had a lot of free time to wander around the Te Papa national museum. It was an absolutely massive building, an amalgamation of everything there is to know about NZ — giant moa birds, earthquakes, colossoal squid, handmade cloaks, geological history — all piled into one big place.

While I was loafing around the (slightly creepy) Mana Whenua [indigenous peoples] exhibit, it occurred to me that there are some Maori ideas (and surely more from other cultures) such as tapu that simply cannot be captured in English.

Despite being an ignorant American tourist, let me attempt to provide a surface-level explanation of tapu: It is similar to "the Force" in Star Wars, an energy that permeates all things and can be both empowering and dangerous.

It would also seem that tapu is edible (Maori warriors used to cook and eat their enemies in order to acquire their tapu) and rather camera-shy (people are forbidden from taking picture of tapu objects). Another thing I really admire about the Maori culture here is how the people have adapted their lifestyle to modern technologies while preserving the core values and customs of their ancestors. The chief who put on a traditional hangi dinner and concert for us a few nights back uses Facebook, and is as much an All-Blacks rugby fan as any other Kiwi here.

So far everything has been absolutely great here. (Nobody tells me to eat my vegetables here — bwahaha) but if I had any complaint it would be that there isn't as much time anymore to go exploring at night. I suppose musicianship and safety are our first priorities, but by golly is Wellington beautiful at night!

On a side note, the ambassador from the United States Embassy attended our 4th of July concert today! It was funny because everyone (myself included) wanted to take pictures with him after the concert since he is such a big shot and everything. He must get this all the time.

Eric Jang has played cello with the California Youth Symphony for 7 years. He recently graduated from Cupertino High School where he was editor of the school newspaper and a member of the varsity water polo team. He will attend Brown University in the fall.

Grand Finale in Christchurch and Oamaru